The Tasty Florida Season 1 Episode 3 release date is going to be an interesting topic to talk about. People have been wondering about when The Tasty Florida Season 1 Episode 3 will release. Seems like the paparazzi need to go through this topic to find out more about the show and its Episode schedule to find out the release date of the upcoming episode. K-dramas have made a tight spot among the most-watched shows around the world in recent times.

Be it horror, mystery, romance, comedy, or any other genre, these dramas have been entertaining a lot of people with their amazing content. Hence, talking about K-dramas and their popularity has become one of the hot topics on the internet. Consequently, the new series and their upcoming episode’s release date is a frequently asked question. The Tasty Florida is a brand new drama created in South Korea.

Popularity categorized as the K-drama, The Tasty Florida has gathered immense fame within a span of one week or so. Falling under the category of romance, specifically teen, The Tasty Florida is expected to be one of the most anticipated romantic dramas of the time. It is being created and directed by Yang Kyung Hee. Moreover, Kim Yong Gyu is the screenwriter of the show. The first episode of The Tasty Florida Season 1 aired on 24th September 2021. As of now, the series is expected to have a total of 8 episodes. However, one can expect an increase in episodes owing to its popularity. On the other hand, each episode spans from 10 to 11 minutes. Hence, it is an easy series to binge-watch. 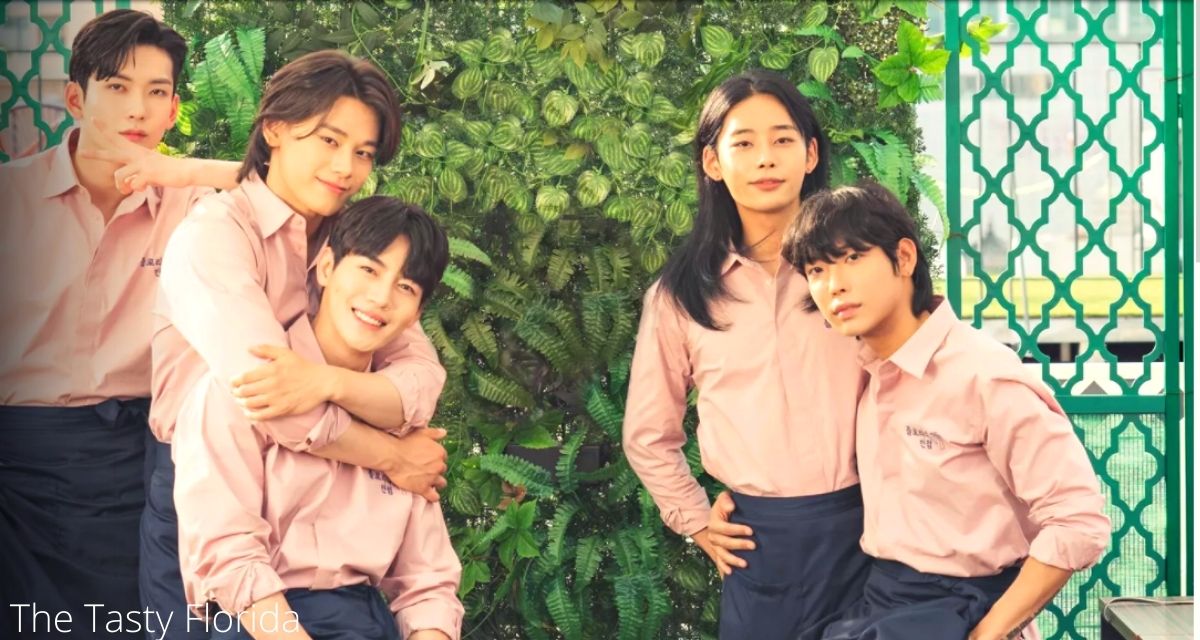 The Tasty Florida Episode 1 and 2 Recap

The Tasty Florida was released on 24th September 2021. The series started with Hae Won’s arrival in Seoul. He was seen to be quite happy about this place and his mother’s wordings were clear in his head. Unfortunately, he slipped his suitcase downhill. Seeing his suitcase slipping down, he ran towards it and was about to fall when a handsome boy held him in his arms. Hae Won was smitten by the latter’s looks. Soon, he was taken to the guesthouse.

The guesthouse he was about to reside in was home to a restaurant named “Tasty Florida”. This food point was a rooftop restaurant with four amazingly handsome workers. Hae Won went on to explore the rooftop view and found that it was a restaurant. Surprisingly, he saw his suitcase boy once again. In the second episode, which was titled “A Guy You Want To Zoom In”, Hae Won was delighted by the food at Tasty Florida. No wonder, the food was going to be tasty as it was made by none other than the suitcase boy, Baek Eun Gyu. In the meantime, Eun Gyu was also mesmerized by Hae Won’s cuteness.

A still from Episode 2

Later in that episode, the workers at Tasty Florida were in search of an employee. Many people came in as interviewees. However, instead of getting selected for the job, they clicked a photograph with these young handsome men. Although it seemed like a fan signing event, these young lads were annoyed by their handsome features. The next day, while preparing for a job interview, Hae Won heard some voices. As he reached the window, he saw Eun Gyu alongside the three co-workers. Hae Won couldn’t control his excitement and smile. Eventually, he was caught by Eun Gyu who found him zooming in and out his face through the window. Luckily, Eun Gyu was not offended, instead, he felt it cute.

The Tasty Florida Season 1 Episode 3 Release Date: What To Expect From The Upcoming Episode?

The Tasty Florida Season 1 Episode 3 is scheduled to release on 1st October 2021. The upcoming series will air at 12 pm KST this Friday. As we all know, The Tasty Florida revolves around the themes of romance, food, youth, etc. Interestingly, these themes will help the show grow a lot more interesting than any other. It revolves around a freshman in college named Hae Won. Towards the start of the series, Hae Won seems to be suspicious about the boarding place he resides in. Eventually, he finds out that his boarding house is also home to a famous Chinese restaurant. And his journey of evolution begins.

The Tasty Florida Episode 3 will release on 1st October 2021

Meanwhile, his romance is expected to blossom as well. It will be interesting to watch how Hae Won express his feelings to Eun Gyu. Since the show is expected to run for only eight episodes, the final airing is scheduled for 15th October 2021. With almost 15 days left for the show’s first season to be over the fans are desperate to see where the story ends. Hence, now that we all know that The Tasty Florida Season 1 Episode 3 will release soon enough, hurry up and binge-watch the first two episodes.

Where To Watch The Tasty Florida Episodes?

The latest K-Drama titled The Tasty Florida has made quite a stir among Korean Drama fans all around the world. It is no surprise that people are searching about where to watch The Tasty Florida online. The show is being produced under WeTV. In addition to that, the show is a Viki original. Therefore the show is available to stream directly on Rakuten Viki. All of the eight episodes will be available on the same streaming platform. For further information, stay tuned to OtakuKart!