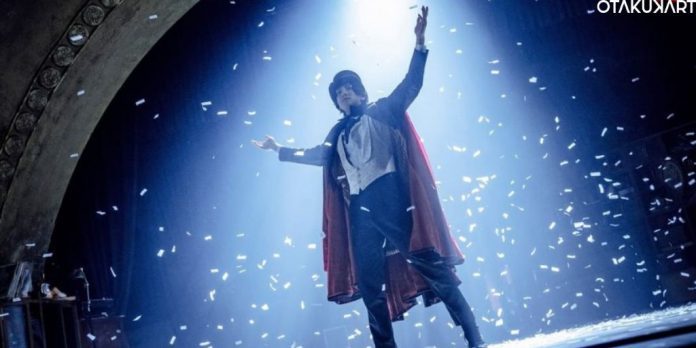 The Sound Of Magic is a really fun watch that keeps you questioning whether the magician in the K-drama did real magic! The Sound Of Magic is a fun musical starring Ji Chang Wook (Healer), Hwang in Yeop (True Beauty), and Choi Sung Yeon (Beyond Evil). Just by looking at the cast members, you might have guessed that the acting in the K-drama is top-notch! Ri Eul is a mysterious and handsome magician who lives in an abandoned amusement park. He and a troubled high schooler named Yoon Ah Yi coincidentally meet, and here is where our story starts.

Yoon Ah Yi, at a very young age, had been given the responsibility of looking after herself and her younger sister as her mother was not there and her father was not earning at all and was usually hiding from loan sharks. When she meets Ri Eul, she cannot help but question the magic performed by him, but since the magic brings a sense of warmth to her, she decides to trust this odd man. Soon enough, her classmate, who is the top student in the school, decides to join in the fun!

Till the last moment of the K-drama, people kept wondering whether the tricks performed by Ri Eul were actually true or not. At times they seemed real, and at times they turned out to be fake.

Was Ri Eul A Fake Or Real Magician In The Sound Of Magic?

According to us, some of the magic performed by Ri Eul was fake, and some were actually real. According to our theory, some turned out to be fake since he was not skilled in performing that specific kind of skill. Like everything else, magic also needs a lot of practice. Here are some instances that prove that Ri Eul was a real magician according to the plot of The Sound Of Magic! Note: There Will Be Spoilers Ahead!

Many people in the audience say that they had known that the boss was too kind to be true from the beginning itself. As soon as the boss started sexually harassing Ah Yi, the magician, aka Ri Eul, came out of nowhere and saved her. With a swish of his cape, the boss disappeared and incidentally was found down the hill. He was not severely injured since he was able to kill Ah Yi’s classmate so easily! The fact that the boss was teleported somewhere else just goes to show that the protagonist of the Sound Of Magic, the magician Ri Eul, could do real magic.

The Fireworks show must have been the best and most magical scene from the Kdrama. The old and rusty amusement park came back to life with the help of Ri Eul’s mechanical skills. But the park where the fireworks come, and he and Ah Yi talk off on flying horses, just proves that he could perform real magic!

The Sound Of Magic is all about making these teenagers who have grown up too fast to think like their age, with the help of the magician Ri Eul. Ri Eul made Il Deung realize that the path he was on was not his, but his parents’ set out path. When Il Deung went to see Ri Eul late at night, he got a dream. He dreamt about following the path that his parents had chosen for him, which was quite smooth, but his heart wanted to cross all the flowers and reach Ah Yi and Ri Eul.

Ah Yi had asked for a request to see her future self to Ri Eul. He did not exactly do that but instead brought her to her past self. That seemed to lift Ah Yi’s spirit a bit more!

The Last Performance By The Magician

Just as the policemen were going to falsely arrest the magician in The Sound Of Magic, Ah Yi came to the rescue. Believing in Ri Eul, she took his cape and teleported him somewhere. Well, thanks to that, we can see who the real culprit was. All in all, Ri Eul knew real magic and had taught it to his loving students, Ah Yi and Il Deung.