The Sixth Sense Season 3 Episode 11 is releasing soon on the screen! Finally, the series is coming near the end. However, the latest episode was another comedy blast with the guest Nucksal and Code Kunst. Initially, it looked like the two best friends were not enthusiastic about their appearance. However, everything changed as the shows began. It shows that we must not judge a book by its cover. Despite their lack of excitement, the two did a great job of entertaining and giving witty remarks here and there.

Not to forget, Nucksal and Mijoo’s bickering chemistry was the highlight of Episode 10! Sadly, Jeon So Min couldn’t join the members since she had drama filming. Despite her lack of presence, the remaining five members with the guests made the episode more hilarious, especially during the first and third place visit. The bicycling part where Nucksal fell in love with the national MC’s bum and the third place where Mijoo showed off her comedian skills were some of the funniest moments! Therefore, fans should look forward to The Sixth Sense Season 3 Episode 11 since it will welcome the comedy queen and a handsome idol!

Also Read: Best Kpop Heardle Games That Will Put Your Skills to the Test!

Episode 10 of The Sixth Sense 3 welcomed rapper Nucksal and singer Code Kunst. Since Jeon So Min had drama shooting, she couldn’t join this week’s filming. From the beginning, the show turned into a comedy skit with Mijoo and Nucksal’s funny arguments and Code Kunst’s snarky remarks. Therefore, with a perfect opening, the members revealed the episode’s concept, ‘It exists or it doesn’t exist.’ It introduced three extraordinary places that were difficult to believe that they existed. 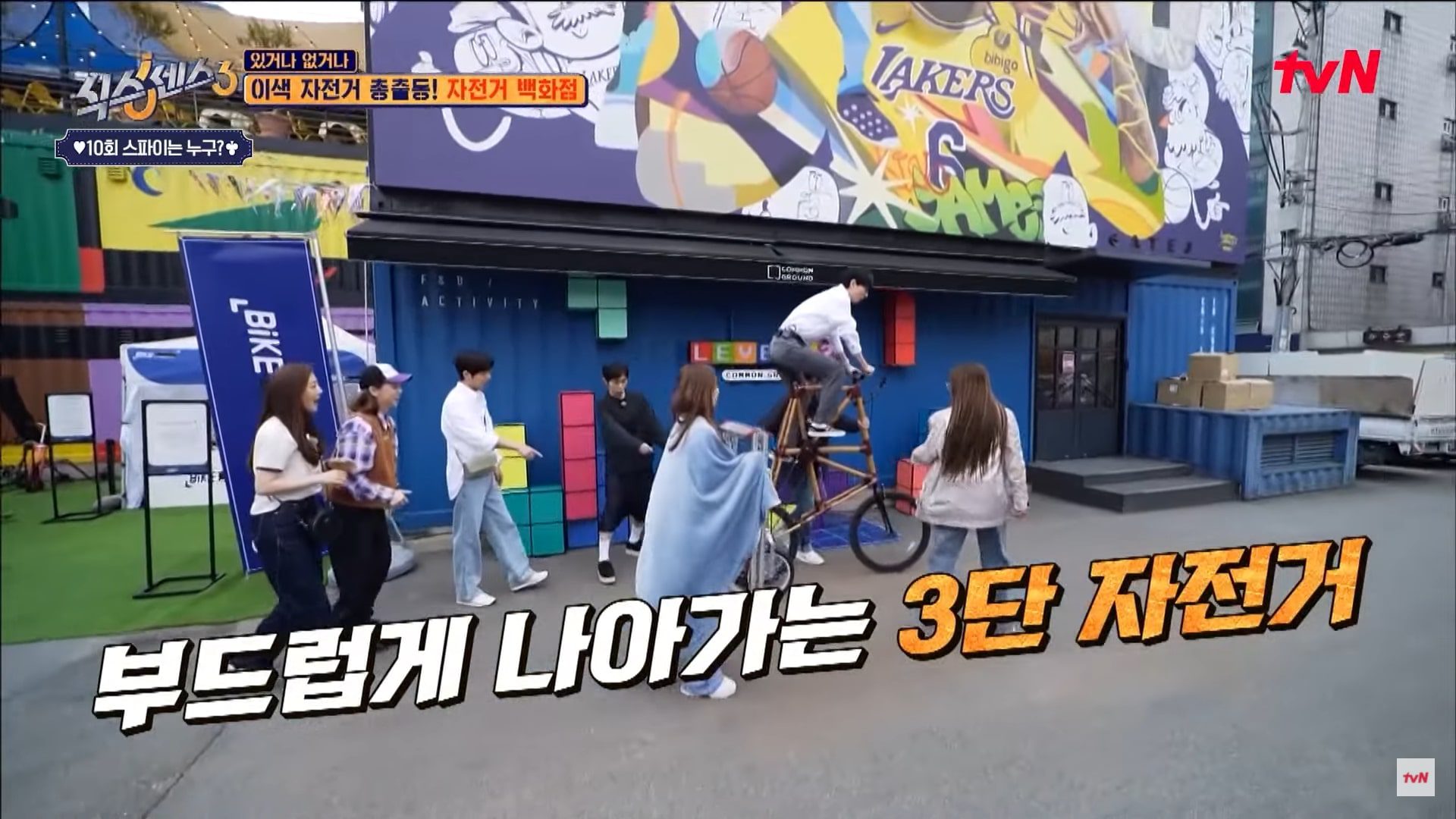 The first place was a bicycle shop with unique bicycles, such as a 3-story tall bicycle, and the second was a restaurant with nothing, no cashier, not even a counter. Both places appeared out of the ordinary since the concepts were never heard of before. Meanwhile, the third-place was a barbecue restaurant that sells meat aged for 480 hours with mucor. After visiting the third place, the members got more confused since the second place stood out of all. Therefore, it affected the final decision.

Team Nucksal and Team Code Kunst both chose the second place as fake and Nucksal for the spy. However, the final revelation astonished everyone since the first bicycle shop was the fabricated one. This week, the production crew and the spy did a great job since both teams failed to catch the spy. It turned out to be Code Kunst, giving them another shock! Therefore, The Sixth Sense Season 3 Episode 11 is coming up with more exciting surprises and guests to make your Friday more enjoyable! 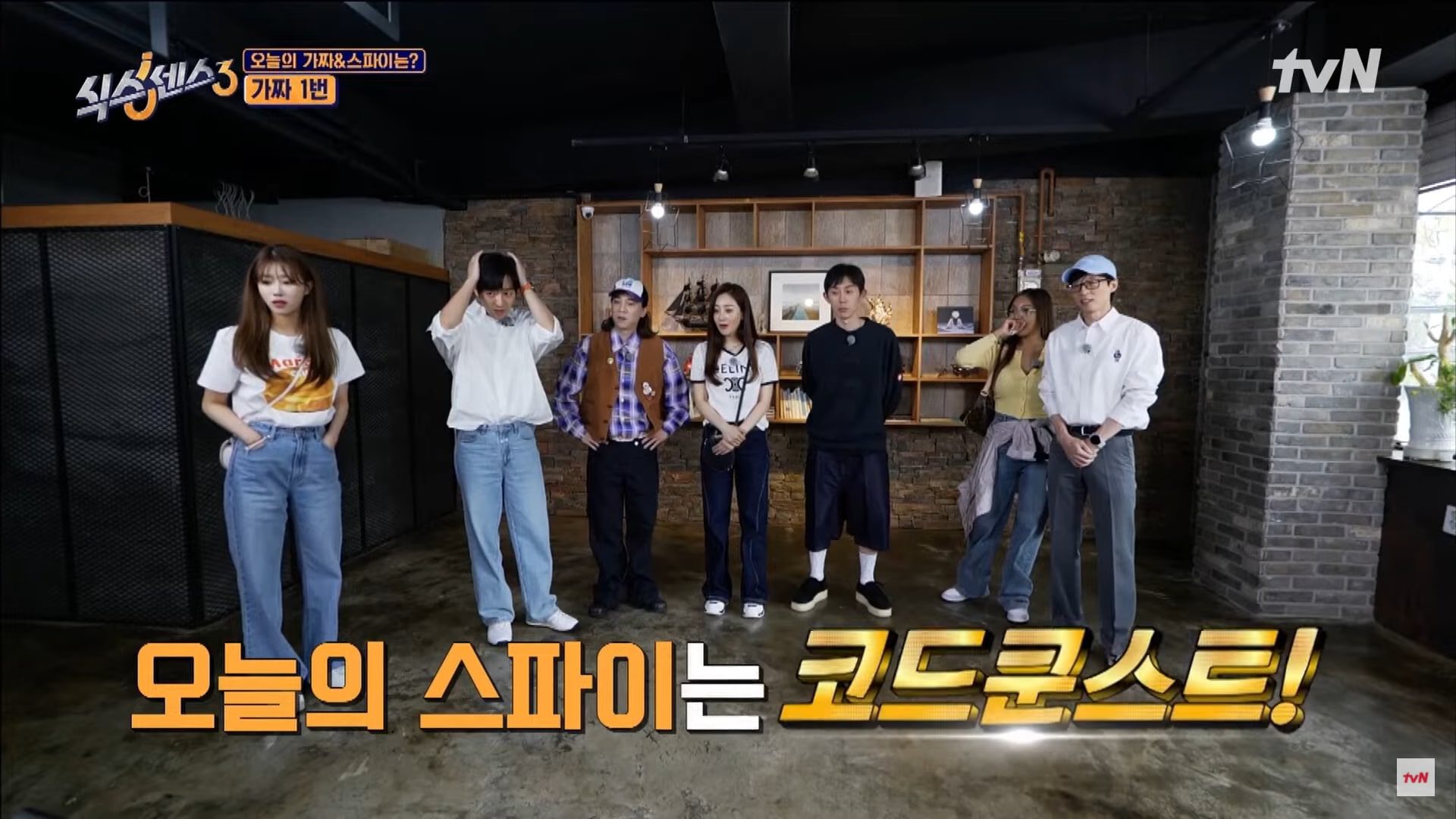 Preview Of Ep 11 – The Moon Ikjeom In Restaurants

The preview of The Sixth Sense Season 3 Episode 11 is already out! The upcoming episode will reveal the three Moon Ikjeom in restaurants while welcoming the queen of comedy Noh Sa Yeon and charming soloist Kang Daniel. Our little sister Jeon So Min will also join this journey! They will visit different restaurants that hold extraordinary 1st-time tags.

The Sixth Sense Season 3 Episode 11 will be released on 27 May 2022 at 8:40 pm KST on the tvN channel. The next episode will be another unforgettable food ride with our little sister Jeon So Min, comedy queen Noh Sa Yeon and soloist handsome Kang Daniel. To know the upcoming mysterious restaurants and spy’s mission, watch every new episode of The Sixth Sense 3 every Friday.

The Korean variety show, The Sixth Sense 3, is broadcasting on the tvN network at 8:40 pm KST for domestic viewers. Afterward, it will be available on TVING (accessible only in South Korea). Ep 11 will be out on the same day at 12:40 pm in the UK, 7:40 am in the USA, 9:40 pm in Australia, and 5:10 pm in India. Moreover, global fans can watch The Sixth Sense 3 on the official YouTube channel of tvN.