The viewers are excited for the release of The Simpsons Season 33 Episode 6. This does not come as a surprise considering the huge popularity of this television show around the world. However, it is hard to sum up the fame this American sitcom has gained in its long journey. It has managed to make records that usually are very hard to break for any other series out there right now. The show is the longest ongoing American sitcom and longest ongoing American scripted primetime television show.

In addition to that, it holds the record of the longest ongoing American animated series as well. These milestones are not made by every other series out there, which is why this series has such a big name. It first came out in the year 1989 on 17th December and made a big stir in the television world. One of the main reasons behind this stir was the concept that this was based on. It focused on a fictional family living in a fictional town named Springfield.

Although what caught the eyes of the viewers was the stories this show depicted. It focused on the American condition, lifestyle, culture, and society showed us parodies on all of it. This connected with a lot of viewers and the fans and made the show very successful. It has won several accolades since it first premiered, like the Annie Awards, Peabody Awards, and Primetime Emmy Awards. Matt Groening, who is a popular cartoonist, writer, and animator, has created the television series. We are now in the thirty-third season, and the fans are awaiting the release of The Simpsons Season 33 Episode 6. However, let us first take a recap of the previous episode before we discuss the release date of the upcoming episode. 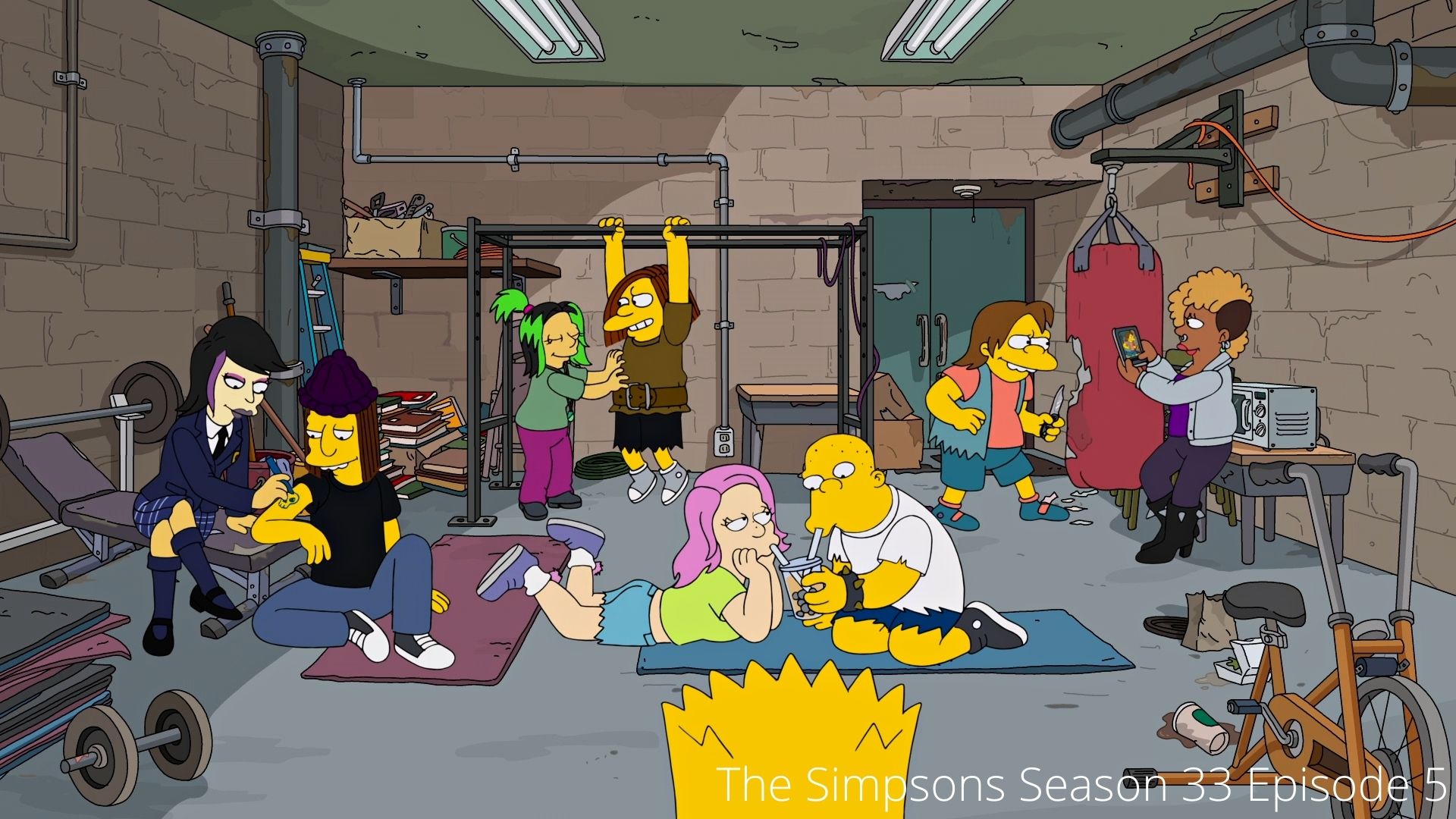 Episode 5 of The Simpsons Season 33 came out on 24th October 2021. Furthermore, the episode was titled “Lisa’s Belly”. The episode began with Homer running around the house in the excitement of going to his favorite waterpark. However, he gets disappointed to see that the name of the waterpark has been changed. It is now ‘Quiet Waters’ instead of the original name ‘Riot Waters’ because there were a lot of dangerous rides back then when he used to work there.

Even Bart and Lisa don’t like the boring baby rides. However, Homer, Bart, and Lisa get to have real fun when Homer finds the most dangerous ride of the park from back in the day hidden behind the trees. They go to the top of the Devil’s Deluge, which is the name of that waterslide, and slide down through it dangerously and enjoy a lot. However, all three of them get infected from the water on that slide. They are given steroids to cure the infection, but the side effects make Bart and Lisa gain weight.

Lisa gets conscious about her appearance when Marge calls her Chunky in the way of showing affection. This sticks with her, and she becomes cranky. Meanwhile, Bart gets accepted in the bullies’ group and starts working out with them. However, he freaks out and gets sad when he sees that they brought actual girls in the gym instead of just talking about them. So he goes back to his old small friends. On the other hand, Lisa and Marge connect with each other once again after they both go to therapy together and understand each other.

The Simpsons Season 33 Episode 6: When Will It Release & What To Expect?

The Simpsons Season 33 Episode 6 will be released on 7th November 2021 at 9:30 pm ET on Fox. In addition to that, the episode will be titled “A Serious Flanders Part 1”. With the title we now know that the next story will be divided into two episodes. Whatever the next story brings along, laughter is guaranteed with this classic sitcom. The previous episode again brought in a lot of laughs and important lessons as well. Therefore, stay tuned for the episode on Sunday 7th November 2021.

This popular American sitcom animated series has a fanbase all around the world. That is why the viewers are now searching about where to watch The Simpsons Season 33? Well, the answer to that question is quite simple. “The Simpsons Season 33 airs every Sunday on the Fox television network at 9 pm ET.” Furthermore, the season is also available on the official website of Fox. In addition to that, the viewers can head to Disney Plus Hotstar and Youtube TV also to watch the show. Moreover, the show is available to stream on Amazon Prime Video as well. So go ahead and watch it if you haven’t already.

Anna Konkle’s Partner: All About Her Professional and Love Life!