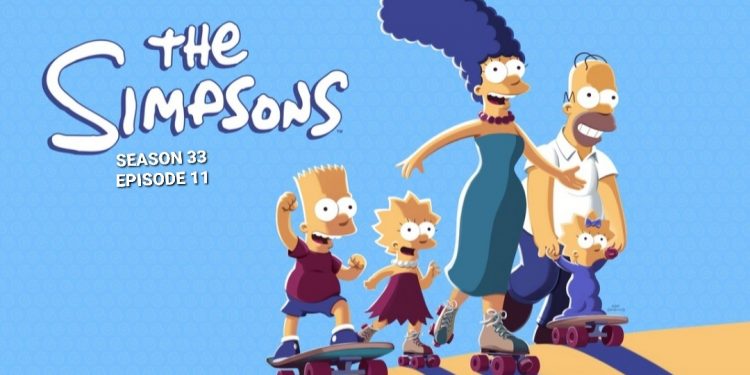 “The Simpsons” Season 33 Episode 11 will be back on air after a two-week hiatus. Christmas is just around the corner, and almost all shows are taking a break. The animated series will be back just after New Year. From the official synopsis we have received, it seems that Marge will be going toe to toe with Mr. Burns over a brash young football prodigy. The premise seems to be exciting enough. With the obvious pop-culture reference in the title, the next episode already sounds like a lot of fun.

“The Simpsons” follows the titular family who lives in the fictional town of Springfield. Satirizing American life, along with the culture, society, media, and even the human condition, the show has churned out some of the greatest episodes of all time, irrespective of the format. The main cast of The Simpsons includes the careless and a dolt Homer, the father. His wife, Marge, is an ordinary American housewife.

Together, they have three kids — Bart, Lisa, and Maggie. Bart is ten years of age and is the resident bag of mischief. Lisa is eight years of age and is an intelligent girl ahead of her time. Maggie is the newest addition to the Simpsons family, although she’s been a part of the show forever.

The long-running series has won many awards and accolades throughout the decades. Dubbed by many as the best tv show of all time, The Simpsons has secured a greatly prominent place in the pop-culture. Let’s now delve into all that episode 11 of “The Simpsons” season 33 will entail. Spoilers ahead!

Marge and Homer are out with Bart and Lisa to a theme park while leaving Maggie with the forgetful grandpa. Upon returning, they find Maggie missing, while Granpa thinks the cat he’s been tending to is actually Maggie. Thankfully, Flanders shows up at the door with Maggie. Homer and Marge thank him. Flanders brings up the topic of the only insurance Maggie would need — a Christian baptism. Marge tells him that Maggie isn’t baptized, and Flanders talks about damnation and eternal fire that Maggie’s afterlife could entail. While Homer isn’t too keen on the wholesome Christian argument, it does get to Marge. Fearing eternal damnation for her children, she decides to get Maggie baptized right away. So she tasks Homer with finding a classy godfather for their youngest.

Homer goes around the town, checking if anyone qualifies to be Maggie’s Godfather. After he strikes every name he has on his list, Fat Tony saves him and Maggie from death by a falling piano. Homer is thankful, and when he finds out that Fat Tony is religious too, he vocalizes his opinion about him potentially being a great Godfather. However, Fat Tony is an underworld don who Homer can’t protest against when he forces himself into their life as Maggie’s Godfather.

At first, Marge and Homer are reluctant but seeing what perks and amenities Fat Tony can avail them, and they go with the charade. However, seeing the bad influence Fat Tony already has on Maggie, Marge asks him to step down as the Godfather. Meanwhile, Fat Tony also realizes he can’t leave his life of crime and be an ordinary guy, stepping back as a Godfather.

“The Simpsons” Season 33 Episode 11 will release on January 2, 2022. Matthew Nastuk has helmed the episode with the teleplay from Brian Kelley. The episode will guest star Beck Bennett as Grayson, Adam Schefter as himself, and John Mulaney as Warburton Parker. According to the official synopsis for episode 11, we’re going to see Marge and Mr. Burns fight over a brash young football prodigy.

If the title is anything to go by, the upcoming episode might be a parody of the sports drama film “The Longest Yard”. This means we can expect many of the plot points and references to the 1974 movie. However, the synopsis doesn’t seem to suggest there are going to be prison inmates involved. Marge will probably play a role similar to the protagonist of the film it’ll reference, though. We’ll have to wait for a two-week hiatus before the show returns and see what episode 11 may entail.

Episode 11 of The Simpsons season 33 will air on FOX on January 2, 2022, at 9:30 p.m. ET. If you don’t have access to cable television, you can also watch the show online via FOX’s official website. Other alternatives include watching it via live TV services like FuboTV or Hulu + Live TV. “The Simpsons” is also available to stream on Disney+, where new episodes drop in weekly as well. Then there are the VOD platforms like Amazon Instant Video, Google Play Store, VUDU, and iTunes that let you buy or rent individual episodes and seasons to stream online.

Also Read: Hank Azaria Apologies For The Controversial Voice Acting For The Simpsons