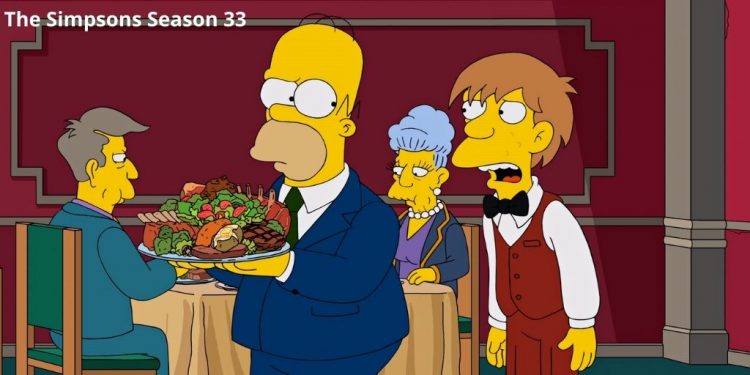 Another episode from the ongoing season of The Simpsons dropped and gave the fans their weekly dose of laughter and some great lessons as well. Now the viewers are awaiting the release of The Simpsons Season 33 Episode 10. The previous episode was focused on one of the most important days of the year dedicated to the mothers. Yes, we are talking about Mother’s Day. It was time for the family to appreciate the one woman in the house, Marge. However, we saw Homer break down, remembering his mother, who he lost around the age of nine.

Meanwhile, the family asked him to take therapy, so he could get out of that trauma. But the big question was, did therapy work for Homer or not? The American animated sitcom tv show has been around for quite a long time now. It first came out on 17th December 1989 and became a huge hit. Since then, the showrunners have been greenlighting more and more seasons each year due to the regular success of the series. Therefore, the show now holds the title of the longest-running American sitcom, American animated sitcom, and American scripted primetime television series.

The popular American writer Matt Groening has created the show. Moreover, he is also the executive producer of the show, along with James L. Brooks, Al Jean, Matt Selman, and John Frink. The show is currently in the thirty-third season of the series, and the fans have been loving it as always. But after watching the previous episode, they are now waiting to watch The Simpsons Season 33 Episode 10. However, let us first take a look at the events of the previous episode and find out what it was all about. 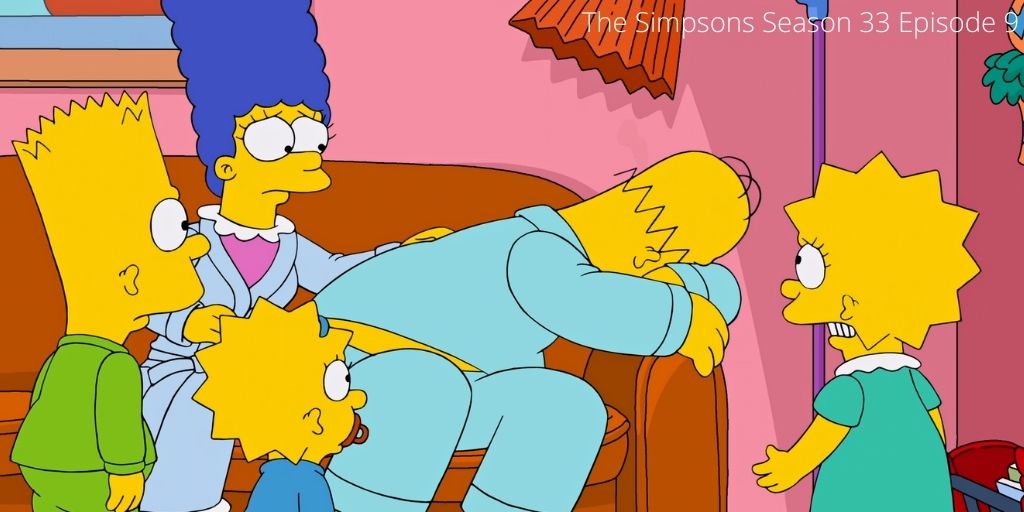 Episode 9 of The Simpsons Season 33 came out on 28th November 2021. Moreover, the episode was titled “Mothers and Other Strangers”. The episode began with Bart and his dog Santa’s Little Helper watching dogs shows on Muttlfix. Soon, we see Marge finding out that it is Mother’s Day from Bart, and she expects a surprise gift from everyone. Both Bart and Lisa gift their mom coffee mugs like every year. On the other hand, Homer gives Marge a photo frame with a photo of the kids inside it. However, Homer himself starts to cry, remembering his mother. So Lisa suggests that Homer takes a therapy session using a mobile app.

He then starts using the app and gets in touch with a therapist, and starts to tell his story. When he was nine, his mother had left him and his dad. But his dad told him she died in order to protect him. Although, when he grew up and turned 16, he received a postcard and thought it was his mom who sent him the card, and she is alive. At first, his father tried to stop him, but he was hell-bent on going anyways. So he joined Homer too on the road to find Homer’s mom and his wife, Mona. Although, it was the FBI who had sent out the postcard so that they could lure out Mona through her son because she was wanted by the FBI.

While sharing his story with the therapist, Lisa upgraded to a better therapist as the first therapist was about to mess things up for Homer. Coming back to the story, Homer eventually found his mother, but her mom had to run again when the FBI arrived there too. But this time, Homer stayed with his dad, that is, Grampa Simpson, as he was the one who had always been there for Homer. The therapist managed to solve Homer’s problem and relieved him of his grief. In the end, Homer told another incidence about Mona visiting the hospital when Bart was born dressed up as a male doctor. But he was not sure whether it was real or a dream. Later, Homer took Marge and the family to the finest restaurant on the occasion of Mother’s Day as a surprise to Marge.

Also Read: Harry Shearer Steps Down From His Simpsons Character

After another fun episode of the season, the fans are looking forward to the release of the next episode. “The Simpsons Season 33 Episode 10 will release on 19th December 2021 at 8 pm ET on Fox.” Furthermore, the episode will be titled “A Made Maggie”. The next episode will probably focus on the youngest member of The Simpsons’ family, Maggie. We will see that a character named Fat Tony will become Maggie’s Godfather. However, the viewers will have to wait for 3 weeks until the episode arrives. So stay tuned and don’t forget to watch the upcoming episode.

How To Watch The Simpsons Season 33? Streaming Details

The American animated sitcom is gaining a lot of attention once again with the ongoing season. That is why the viewers are wondering about where to watch The Simpsons Season 33? Well, the answer to that is quite simple. “The Simpsons Season 33 airs every Sunday at 8 pm ET on Fox in the United States.” Meanwhile, the show airs on Disney Plus in Canada and on Disney+ Hotstar in India. Other than that, the viewers in Australia and the U.K. can watch the episodes on Disney+. But they will have to wait a little longer for the latest episode to arrive. Whereas, Season 33 is available to stream on Youtube TV, Amazon Prime Video, and Hulu as well.