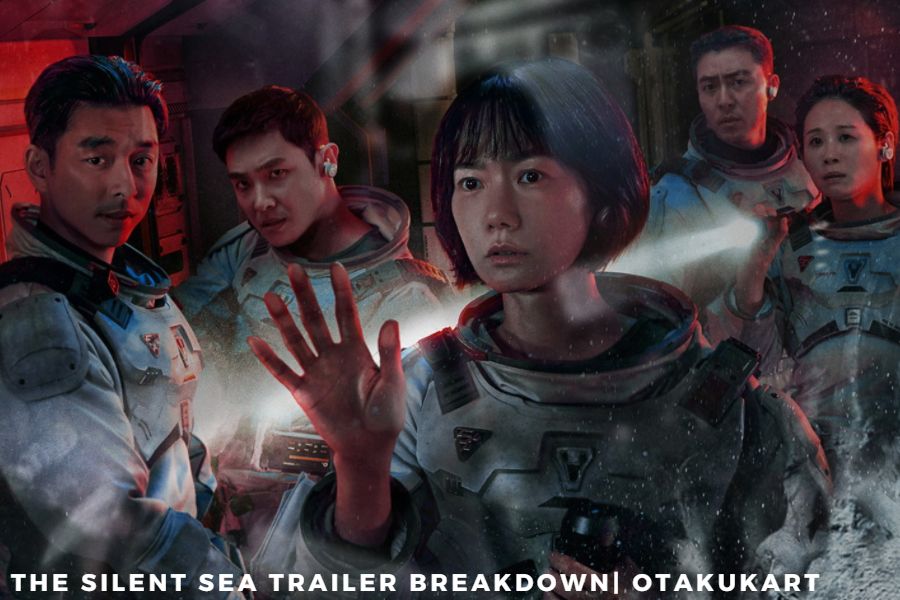 The Silent Sea trailer consists of a mystery mission to the moon, a handsome Gong Yoo in a spacesuit, and a thrilling plot. Ever since Netflix announced that it would be producing a web series starring the most popular faces in the kdrama industry like Gong Yoo (Squid Game), Bae Doo Na (Kingdom), and Lee Joon (Father is Strange), fans have been waiting for a glimpse of the series. Netflix Asia released an enthralling new teaser of this power-packed eight-episode web series on 25 November. From gazillions of tweets on Twitter about Gong Yoo’s charisma to Instagram being filled with clips of Bae Doo Na’s and Lee Joon’s stellar expression, The Silent Sea’s trailer is taking over the world.

Furthermore, this is a series adaption of the Choi Hang Yong written and directed masterpiece, The Sea Of Tranquility. The movie is set up in a time when the Blue Planet, aka Earth, will exhaust all its water resources. A team built up of ten diverse people, each with a compelling back story of their own, are sent on a dangerous mission. They all go to the moon to retrieve a sample from Balhae Base, a research center that blew up. Moreover, Lee Joon is back after completing his military service, and he has shown how amazing of an actor he is within the short teaser.

The Silent Sea Trailer: Who Will Survive?

The new trailer of the Netflix series is made up of all things that form a perfect thriller. Every music, dark cinematography, and the shocked expressions of the actors. The Silent Sea will take the audience into the worlds of Han Yoon Jae, Song Ji An, and Ryu Tae Seok. The trailer started on a mysterious note when Ji An laid unconscious nearby some water. At that time, water and food had been very scarce on Earth, so fans were curious about what the scene may indicate.  The next moment, Yoon Jae and Ryu Tae Seok are in a state of alarm as their devices start shutting off. The scene then zooms out in the barren moon. Soon enough, Yoon Jae’s voice starts narrating,” We’re heading to Balhae Lunar Research. It’s like any other mission; we just do what we are told.”

This shows that none of the characters were expecting to face any difficulties while working there except Ji An. Throughout the trailer, Ji An looked very scared and looked like she was looking for how her sister died along with her team that died in the lab. When she was asked what she may find here, she answered by saying that she will find the answer here. Then the trailer shows some action-packed scenes where the crew of 10 face dangers. Fans are awfully glad that The Silent Sea did not go for over-the-top sequences. It will show through its amazing storytelling how the world we live in today is heading towards doom.

The trailer also highlights how the mission has only a 10% survival rate. Even before watching the series, fans are speculating that someone will die. After looking at The Silent Sea trailer, fans have their tissues ready.

How to Watch The Silent Sea?

The Silent Sea will be released exclusively on Netflix on 24 December. Furthermore, the series will drop all of its splendid eight episodes in a single day. This web series is every sci-fi fan’s dream with time-traveling, space missions, and scientific research. Each episode of this Choi Hang Yong directed web series will be an hour long. Even before fans witnessed the sleek trailer of The Silent Sea, fans had high hopes for the production. Jung Woo-Sung, who has earlier given us a masterpiece like ”Remember You” is producing this series. Fans were in awe of how realistic the spaceship wreck and outer space looked. The fact that Choi Hang Yong is going to be directing this series reassures fans that The Silent Sea is going to be groundbreaking.