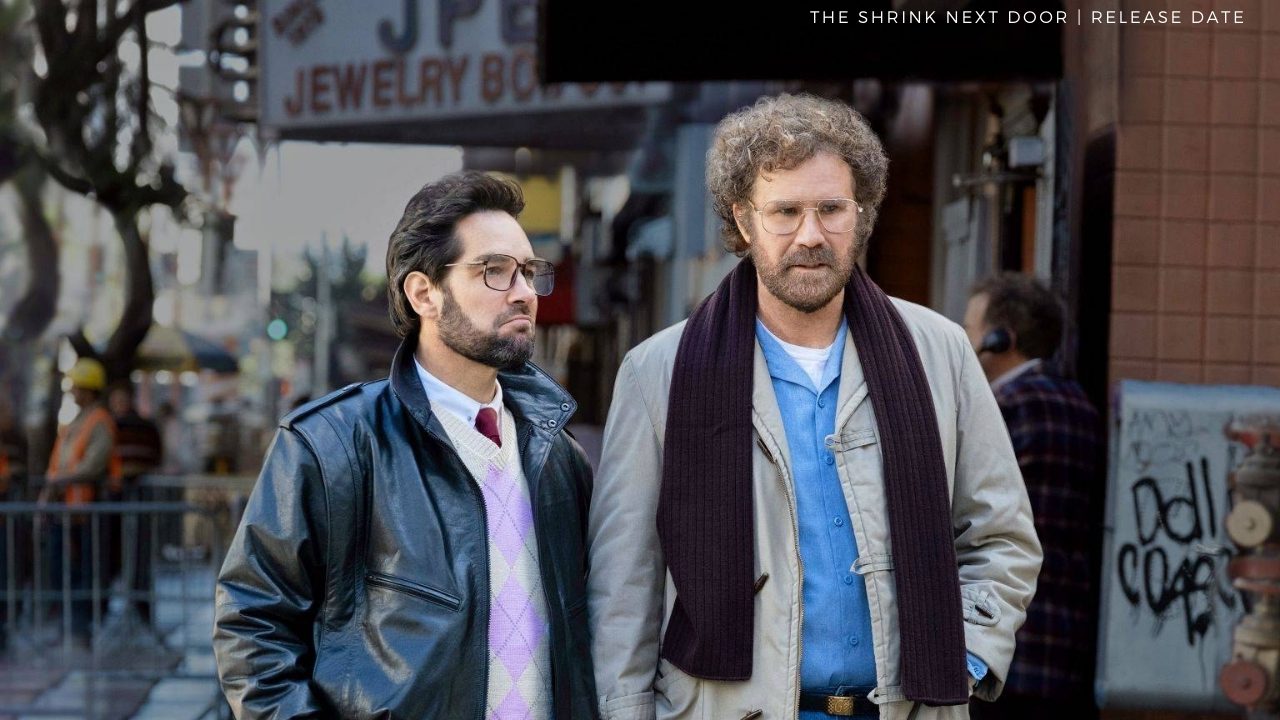 Do we know about The Shrink Next Door Release Date? What happens when one fine day you wake up with a sudden realization that you are not okay? Well, that’s what Will Ferrell’s character Marty feels in the upcoming Apple TV Plus show titled The Shrink Next Door! Based on a true-life event turned podcast, the story is so intriguing that you might just not believe it happened! As Paul Rudd says in the trailer, it seems like we have reached a breakthrough! Get ready for this humor-filled roller coaster ride, as it might get a bit rocky with time!

As the name suggests, the textile company boss Martin “Marty” Markowitz, visits a shrink one fine morning, and the action is set in motion. Marvel star Paul Rudd stars in the series as the charismatic Manhattan-based psychiatrist Isaac “Ike” Herschkopf. What seems to be harmless therapy sessions soon turns out to be a living nightmare for Marty! Marty’s dependency increases to such an extent that these therapy sessions start to cost him his life! Let us take a look at all the details about The Shrink Next Door Release Date.

The Shrink Next Door Release Date: Here’s What We Know

The Shrink Next Door arrives on the streaming platform on 12 November 2021. The upcoming Apple TV series The Shrink Next Door is yet another exciting addition to the already growing list of new projects on the platform. The series is directed by Michael Showalter. 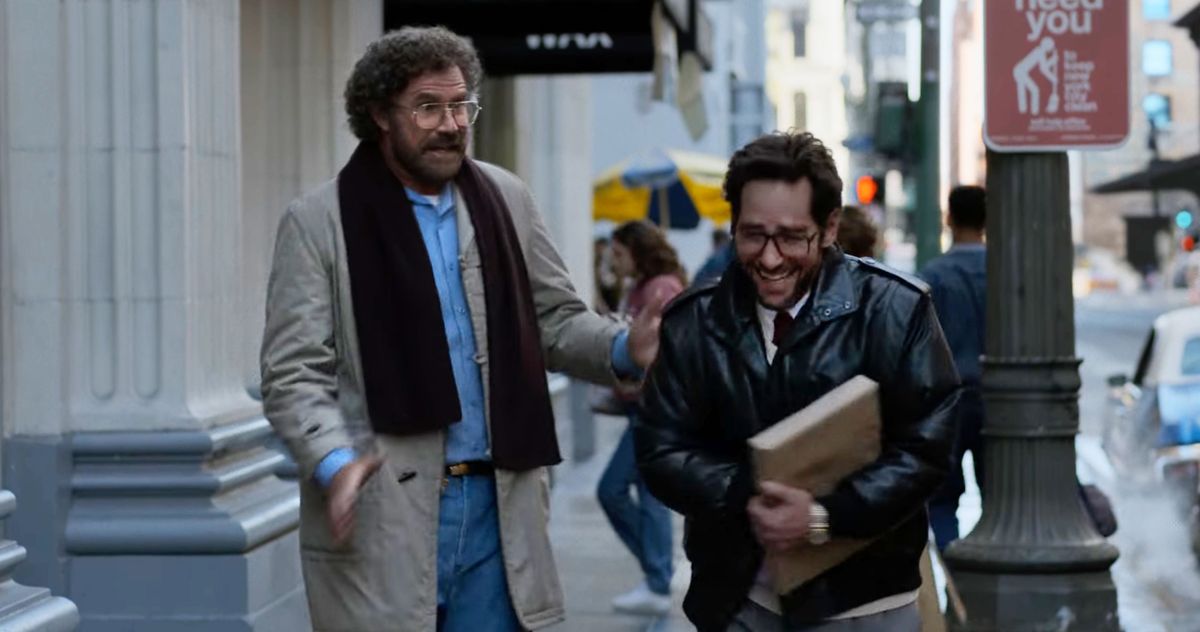 Funnyman Will Ferrell and Ant-Man actor Paul Rudd star in the upcoming dark comedy that is nothing less of a gripping roller roster ride. The dark comedy series will have eight episodes in total. We need to wait for a while as the chapter unveils!

The Shrink Next Door: Cast and Plot Details

Marty has the perfect life with financial stability and an impressive degree from one of the Ivy League colleges! However, his life in actuality is far from perfect, and he is an unhappy man. His life changes for the better when he meets a psychiatrist Isaac. He not only counsels Marty and makes him feel like or, as he says, he feels like he is on drugs! Take a sneak peek into the homing dark comedy series in the official trailer given right below. Have a look.

Soon, it is discovered that Isaac has ulterior motives, and they are dangerous! The simple and helpful shrink soon infiltrates virtually every aspect of Marty’s life and bank account! Not to forget also weaves the fracture of his relationship with Marty’s sister and ends up taking the portions of Marty’s company. If that is not enough, Issac ends up moving into his summer home in the Hamptons! Will Marty be able to overcome his dependency on Isaac, or will it turn into something dangerous? The series stars also star Kathryn Hahn as Marty’s and Casey Wilson. Will Ferrell and Paul Rudd star in leading roles.

Is The Apple TV Series Based On A True Story?

Believe it or not but the upcoming wight part series is based on true life events, which are inspired by a popular podcast hosted by Joe Nocera. While admitting how relatable the script was, lead star Will Ferrell further revealed that he was not even remotely aware of the podcast until he got a call from his agency. Will further admitted that at first, he thought who would be so dependant on a shrink but then soon releases what went wrong! 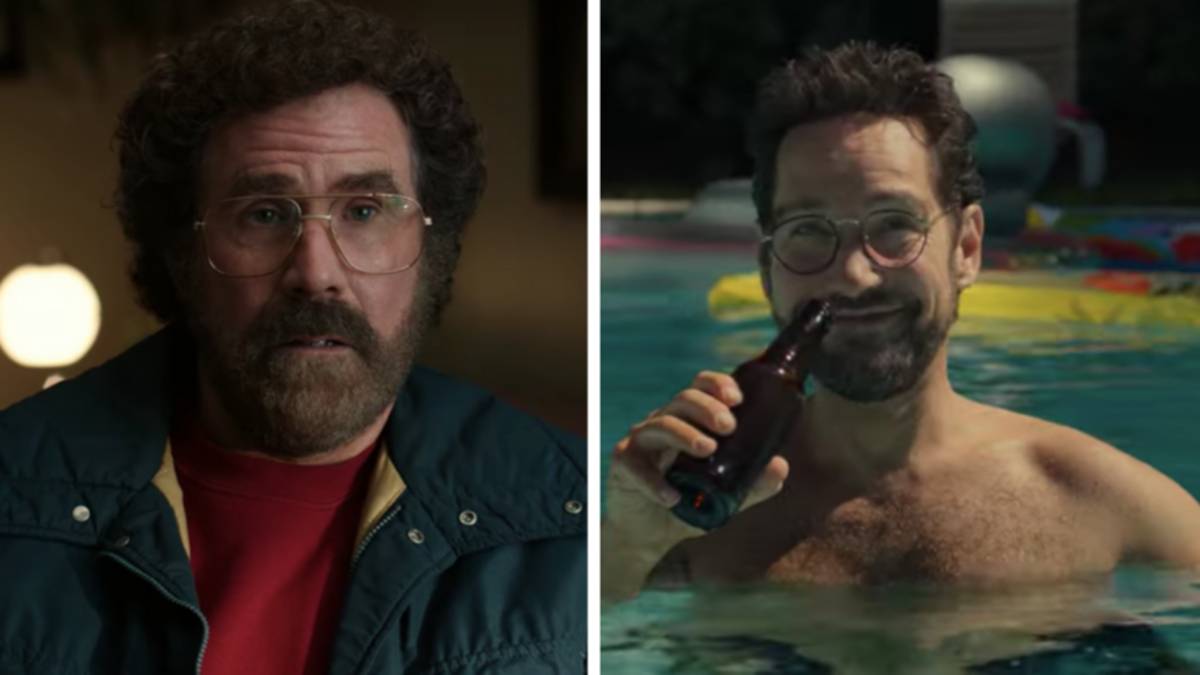 Marvel alum and Co-star Paul Rudd, who plays the role of the notorious psychiatrist, describes it as such a crazy story that one simply cannot believe that it happened! Will Ferrell describes the show as a story between two people, and fans will notice terrible codependency there that was pretty debilitating to one party more than the other! The two leading stars also met Marty in real life, and the story is pretty intriguing! The funnymen are back, and it is going to be an interesting watch for all.

‘The Best Ever’ WWE Star According To John Cena