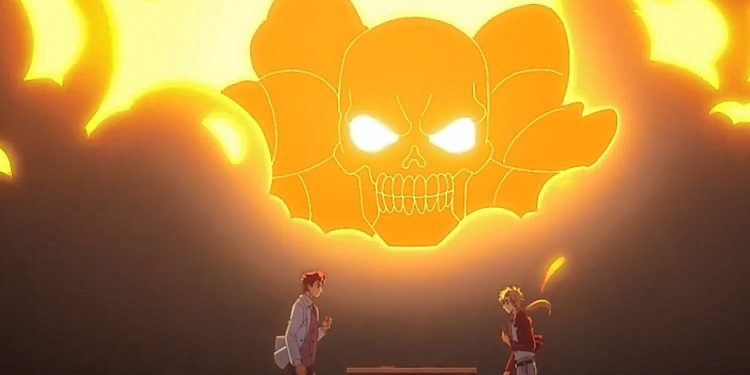 Card Fight Vanguard Season 2 Episode 13 reveals Bastion vs. Bruce after Team Blackout snatches another victory. Team Blackout had advanced to another level after Seto defeated Masanori from Team Daybreak. Tohya realizes that their next opponent is Danji, a former Team Blackout member. But if they beat Danji, they will face the final boss Mirei who has an undefeated record. Danji has promised Mirei that he will never lose since losing will betray her. In the recent episode of Card Fight Vanguard Season 2, Tohya decided to face Danji, who said he would knock home out and protect Mirei.

Danji begins with counter after unleashing Soul Charge. Tohya blocked those strikes, and they are both starting at a low pace since they know each other better. Danji took the battle to another level and released Diabolos: Violence Bruce that attacked Tohya’s Vanguard. Tohya uses No Guard, and Danji replies with Twin Drive. Tohya summons Apex Ruler: Bastion, draws another card from his deck while attacking, and uses Sparare. Danji blocks those attacks, and Tohya uses Bastion Attack, First Check, Front Trigger, which powered up his front-row units with 10000.

Danji tosses a Damage Check card, and Tohya uses Sparare Attacks and ends his turn. Danji noticed that Tohya is using minimum cards to avoid maximum damages. He summons flames around them, tells Tohya that it is time to surpass his limit, and uses Final Rush against Tohya. Danji upgrades his Ace card and rides Diabolos: Unrivaled Bruce. Tohya was surprised to see that Diabolos: Unrivaled Bruce is a Grade 4, and he was using Grade 3. Danji told Tohya that he would bow before him and call Lyle that activates its power to plus 5000. He attasks simultaneously, and Tohya wonders what to do.

Tohya uses a solid defense wall, but Danji uses Tripple Drive to activate Unrivaled Bruce’s skills. He promised Tohya that he would crush him and used Counterblast and Soul Blast Five against Tohya. Bruce landed a blow that broke Bastion’s mask. Tohya tries to think which card he should draw, and Danji continues to attack. He recalls the last time he faces Yuyu and Danji and wonders how he can fix his mistakes to defeat Danji. Tohya uses Guard, and Danji wonders how dare Tohya guards against the high-powered Leonard. 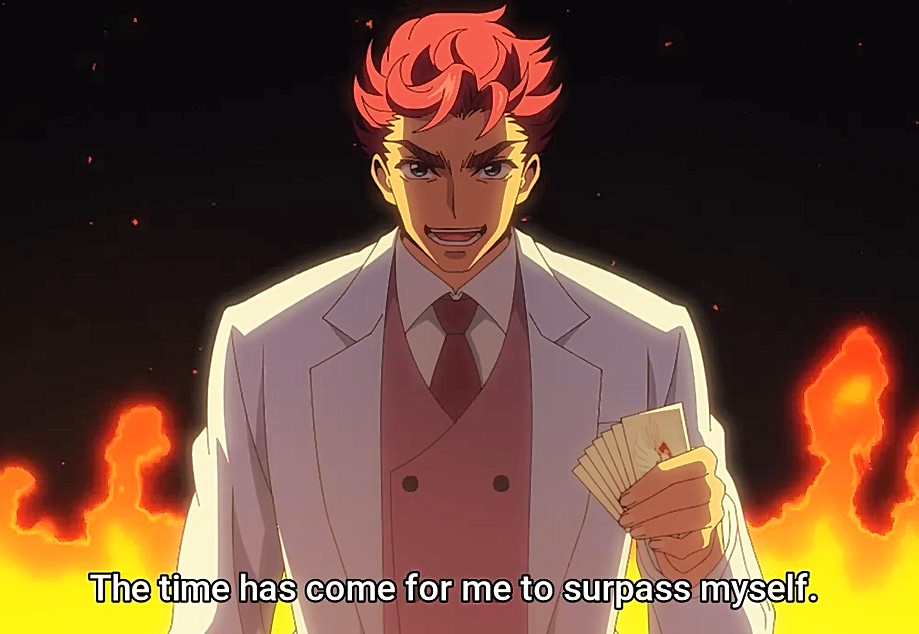 Tohya reminds Danji to worry about himself since it is his time to give him the taste of his medicine. Danji believes that it will be Tohya’s final turn, and he will defeat him with a single blow. Tohya told him not to act high and mighty since he will surpass that apex no matter how high Danji aims to be. He rides Apex-surpassing Sword: Bastion Prime and Danji notice that it is a Grade 4 Bastion, and they are now in the same level. Danji tells Tohya to bring it on, and Tohya replies that he will surpass Danji.

Tohya summon Dark Strain from his hand and draws another two cards. He lands massive strikes, and Danji also does the same. Bastion Prime and Bruce go all-out, but Tohya uses Critical Trigger to damage Danji. He told Danji that he would see the old him who showed no mercy. Tohya also uses Soul Blast Bastion, and Danji wonders how strong Bastion Prime is. But he decided to stay on defense until Tohya ended his turn. Bruce blocks Bastion Prime’s sword, and Danji notices a killer blow. He survived sword slashes, and Tohya tells him that victory belongs to him.

Card Fight Vanguard Season 2 Episode 13 will be released on 28 December 2021. Danji refuses to give up and reminds Tohya that he dreams about victory. He blocked him, and Tohya ended his turn. Tohya wonders how he will pass Danji after all he has done. He reveals why he joined Team Blackout and the feelings of those who had taken him in. Tohya reveals his resolves, but they both land blows that make them collapse. Danji wakes up and reveals that he was having fun and quitting being a Cardfighter. Let’s look at Episode 13 official details. 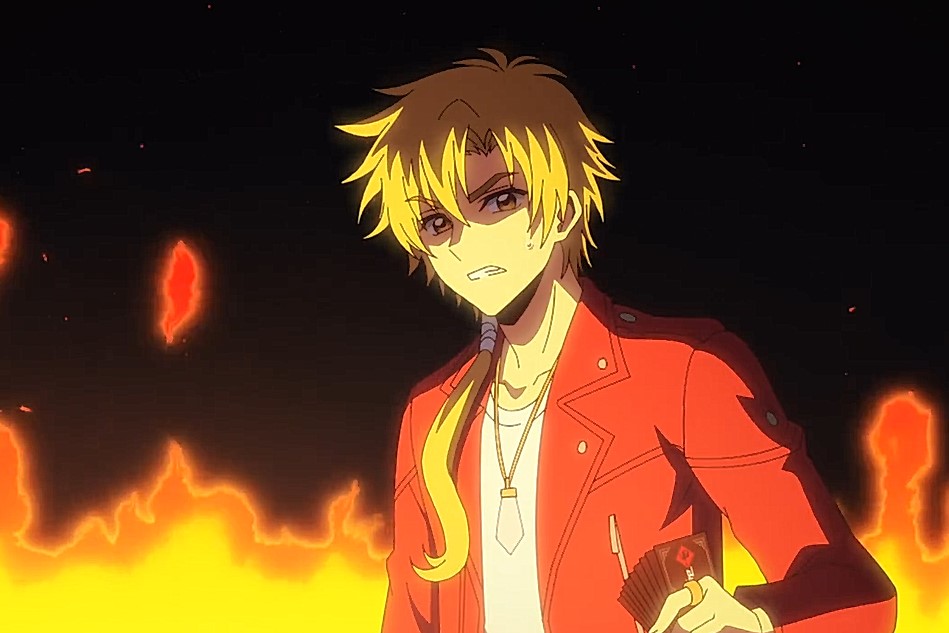 Sonya Curry’s Boyfriend: Who is Stephen Curry’s Mother Dating in 2021?