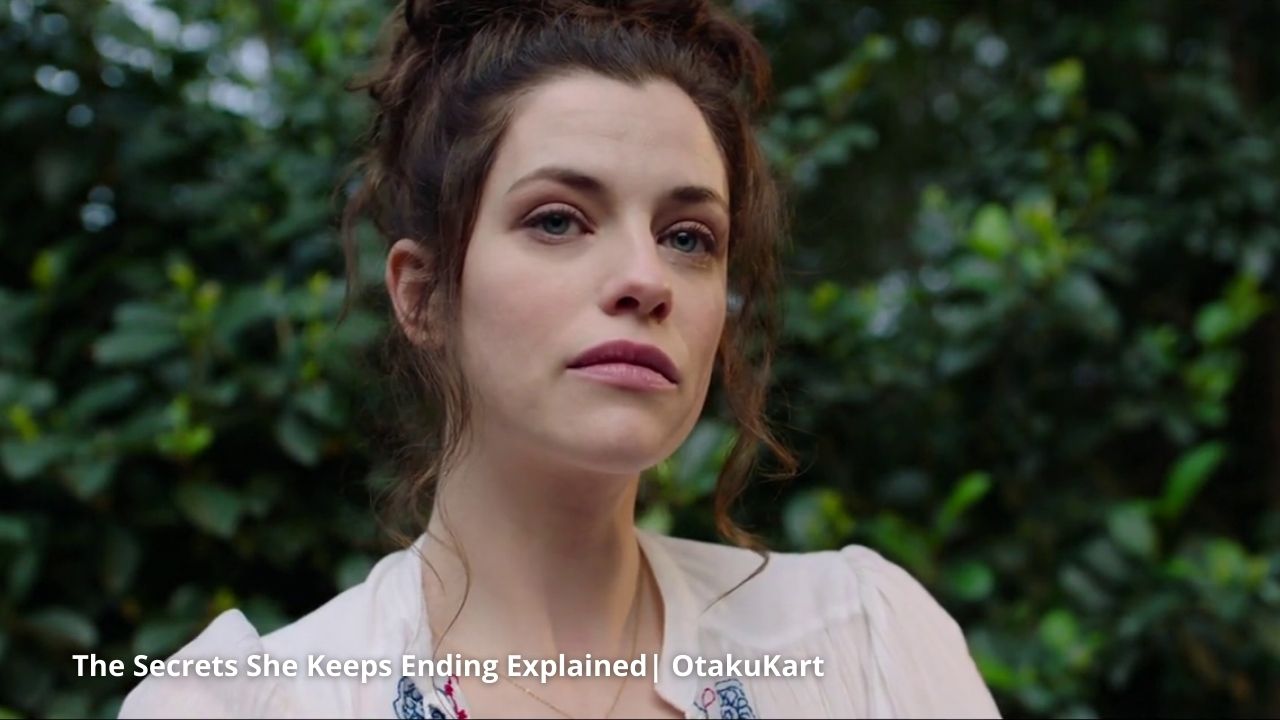 The Secrets She Keeps was quite a tale about two mothers who came with two completely different pasts. Both of them being pregnant at the same time brought them together. Created by Michael Robotham based on the book of the same name. The Secrets She Keeps began as normal drama until it took a darker turn. Especially when both of the pivotal characters started telling their secrets to the audience. Then we realized one of them hold a much sinister one that came unraveling itself to its core at the ending of The Secrets She Keeps.

So taking a look at the same, here we are retelling the events that went down during the first season of The Secrets She Keeps. Right from the time the main characters Meghana and Agatha met. To their secrets unraveling and then Agatha coming ahead to tell us about her true self. The characters around might have dubbed Agatha as a monster in the show. But all she wanted was to become a mother. For that, she was even willing to kidnap multiple babies. Here is a look at everything that came to conclusion towards the ending of The Secrest She Keeps.

The Secrets She Keeps Season 1 Recap

The Secrets She Keeps told us the story of two pregnant women Meghan and Agatha. Despite different backgrounds, they eventually became friends. As they did, so did the secrets that they kept to themselves start coming out. While Meghan had her secrets involving the accidental pregnancy and then an affair with someone else. Agatha on her side came out with much darker secrets. Right from fake pregnancy, stalking Meghan, and eventually stealing her baby. Something Meghan didn’t know until the finale of the show.

Meghan’s newly born Ben was missing, and cops started circling Agatha as the main suspect. Agatha, on her side, did steal the baby and was in hiding. The cops invaded Hayden’s house to investigate. Then revealed to Meghan as well. Initially, Meghan didn’t believe that Agatha had kidnapped her baby. She saw in some of the pictures that Agatha had her own baby way before Ben was even born. The cops came to reveal that she tricked her with the help of a Neighbor’s baby.

The cops also didn’t want to let the media have this story. This may just push Agatha to do something desperate. Turns out this isn’t the first time Agatha kidnapped a baby. Twice before, Agatha was part of similar investigations. The only thing was, she was never considered a person of interest. Henceforth, she wasn’t caught. The cops also came across some disturbing evidence in a park she visited, where they found human baby remains. Turns out, all the babies she had kidnapped didn’t survive under her care. The remains are old, so none of them is Ben. What worries Meghan is the fact that is Agatha could kill her baby too.

Also Read: I Know What You Did Last Summer Series Ending Explained

The cops told Agatha’s past and secrets to Hayden, too, during the investigation. The revelations only shocked him further. At this point, he was an accessory to this investigation. Hayden should wish nothing happens to the baby. Meanwhile, for Ben, Meghan decided to come on the same track with Jack. She questioned him about his affair with Rhea Bowden. He admitted it but also stated that it was never because he stopped loving her.

Things took a different turn when Agatha made contact with Hayden. She confessed to him that Rory wasn’t his baby. All she wanted was for him to fall in love with her and her baby by spending more time with them. Hayden spent time convincing Agatha to give up the baby. Agatha did agree to it, but she was only willing to give the baby to Meghan. Also, she should come alone with no cops surrounding her.

The place where Hayden took Agatha to the first outing will be the place for exchange. Hayden gave up the location. The cops are willing to send a fake Meghan into the operation with cops surrounding her. Meghan on the other hand believes it’s a bad idea if Agatha quickly figures out it’s not her.

The cops suggest Agatha may idolize Meghan but she also envies her. So there is a chance she might pull a gun on her. Especially with the fact that there is a report that someone stole one from her workplace. Agatha calls Meghan this time. The cops try to trace it while Meghan tries to talk her out. Once the conversation was over, Meghan sneakily switched her phones so that she could connect with Agatha on her own. Now a confrontation between Meghan and Agatha was about to shape the ending of The Secrets She Keeps.

Hayden on his side tricks the cops he was riding with. Thus managing to escape from them while they couldn’t catch him. Cops and Agatha are left confused as they both couldn’t find each other at the location they believed the exchange could take place. This suggested that Hayden gave the cops the wrong location. Agatha calls Meghan again on her phone. Now that phones are switched, Meghan is able to talk to Agatha on her own. Agatha gives her the location for exchange. Before Meghan could come, Hayden comes to meet Agatha and is willing to help her escape. But Agatha isn’t going to run away. She has a change of heart. She is gonna tell her story and give up the baby.

In a matter of time, Meghan arrives there too. While cops track Meghan down, she talks to Agatha. The baby is hungry and Meghan believes she should feed him. Agatha confesses she loved the baby as much as any mother could. She suggests Meghan had everything she couldn’t have. Yet she is so ungrateful for that. Referring to the accidental pregnancy and affair with Simon.

All Agatha wanted were two children. When she did have one baby girl, people took that away from her. Agatha also explained about the other children she kidnapped who couldn’t survive. She didn’t kill them. She tried to take care of them but they didn’t survive. With baby crying out of her hunger, Meghan begged Agatha to let her feed him one time. She told her that they are friends and she needs to help her child. Agatha agreed but at the same time, she pulled a gun on her. As the cops came to surround them. Agatha began pulling it on herself. We didn’t get a look at if Agatha shot herself or the cops shot her. But we do find out if Agatha survived or not in the ending moment of The Secrets She Keeps.

The Final Moments & Did Agatha Survive?

The finale of The Secrets She Keeps towards the ending takes us into the near future. Jack and Meghan are still together and have held a Christening for Ben. Jack still doesn’t seem to know about Simon and Meghan’s affair. But Meghan is willing to tell Jack if it’s Simon’s baby or not. For that, she conducts a DNA test with the help of her older son Lachie. If it’s Simon’s baby, she will tell Jack and if not, Simon will stay away from them. Turns out she switched it with Lachie’s results and came to reveal that it is Jack’s baby, not Simon’s.

We also get a check on Agatha. The closing moments tell us that  Agatha did survive and the cops may have shot her first. She has one of her arms injured. We see her walking into prison and confessing how she was robbed of everything she ever wanted. Right from wanting to be a mother to her choice of wanting to die. She lost all her children’s love. Meghan on her side has it all.

The ending moments of The Secrets She Keeps also tell us about Meghan’s feelings after this incident. Meghan came to realize how she took things for granted. How losing her newly born Ben took her to the darkest places and showed her true self. She also came to tell that in Agatha’s shoes, she might have done the same. After all her children are everything to her.