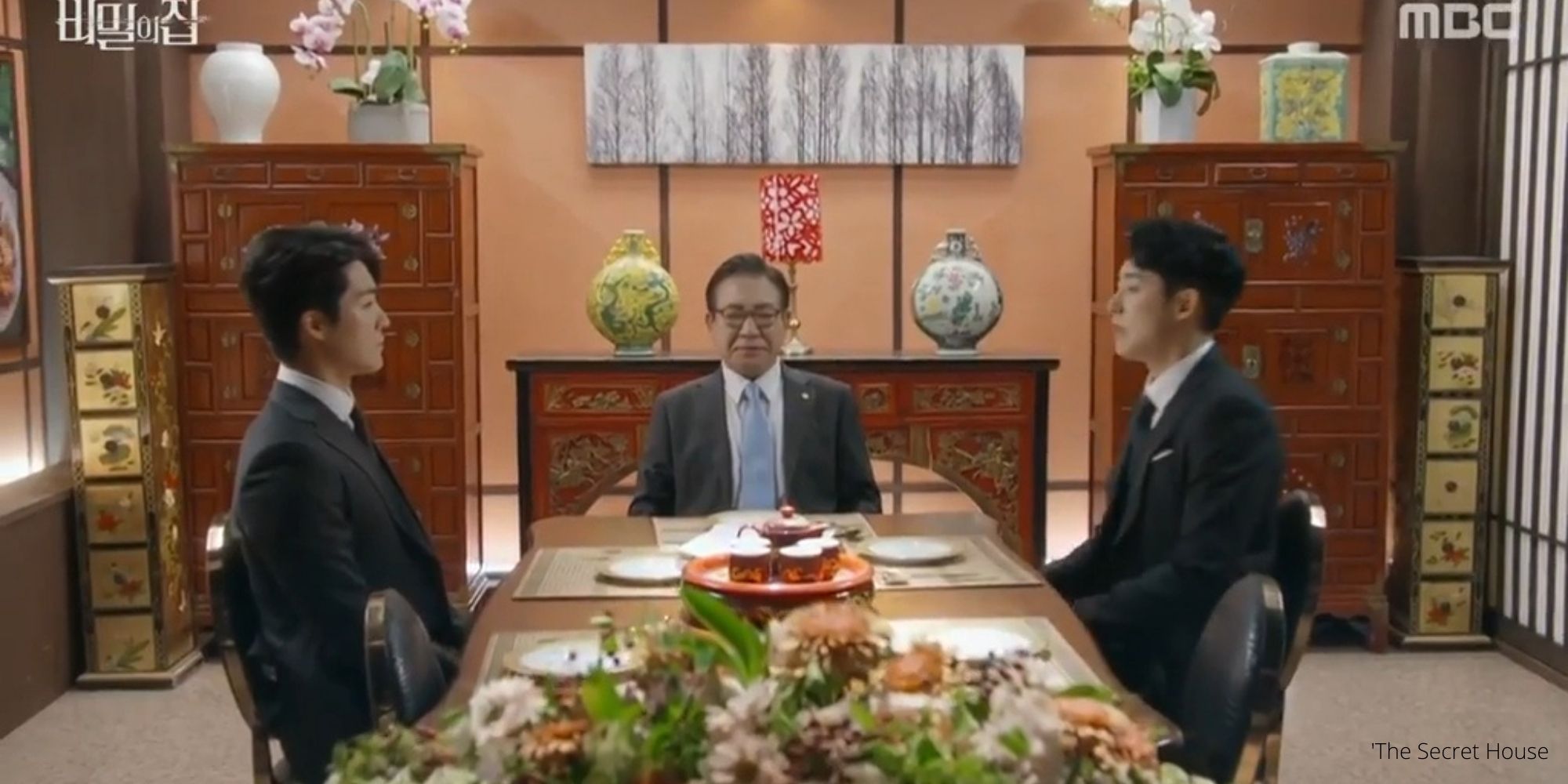 As far as Tae Hyung has lived, his motive has been to become the president. However, after he took away Ji Hwan’s mother again, this seems to be a rather difficult goal. In ‘The Secret House’ Episode 37, Ji Hwan has started his plan to make Tae Hyung suffer.

He decides to marry Tee Hee and become a member of her family. Even though everyone opposes their decision, he has a mind to go forward with it. Also, he signs his mother’s death certificate. After this, all he has left to do is ruin Tae Hyung’s dream of becoming the youngest politician elected.

What Happened In ‘The Secret House’?

In ‘The Secret House’ previous episodes till now, we have seen that Tae Hyung is getting nightmares after finding out that Kyung Sun is alive. Because of this, his mother starts keeping an eye on him. She thinks that if her son is triggered, he might commit murder again. However, after a point, she fails to keep an eye on Tae Hyung. It is at this moment in ‘The Secret House’ Episode that Tae Hyung and Mr. Yang kidnap Kyung Sun and take her to a hill. Tae Hyung’s plan is to kill her, but Ji Hwan arrives there in time and startles Tae Hyung.

Even though Ji Hwan makes the full effort, he fails to save his mother. Kyung Sun falls down the hill into the river, and she is nowhere to be found. Moreover, when he asks the police force to help him, they refuse because his mother has been dead for nine years. This breaks his heart, and in ‘The Secret House’ Episode 37, he decides to take revenge on Tae Hyung and his family. In order to do so, he decides to marry Tae Hee. When Joo Hong finds out about this, she is devastated, and Tee Hyung is there to give her a shoulder. 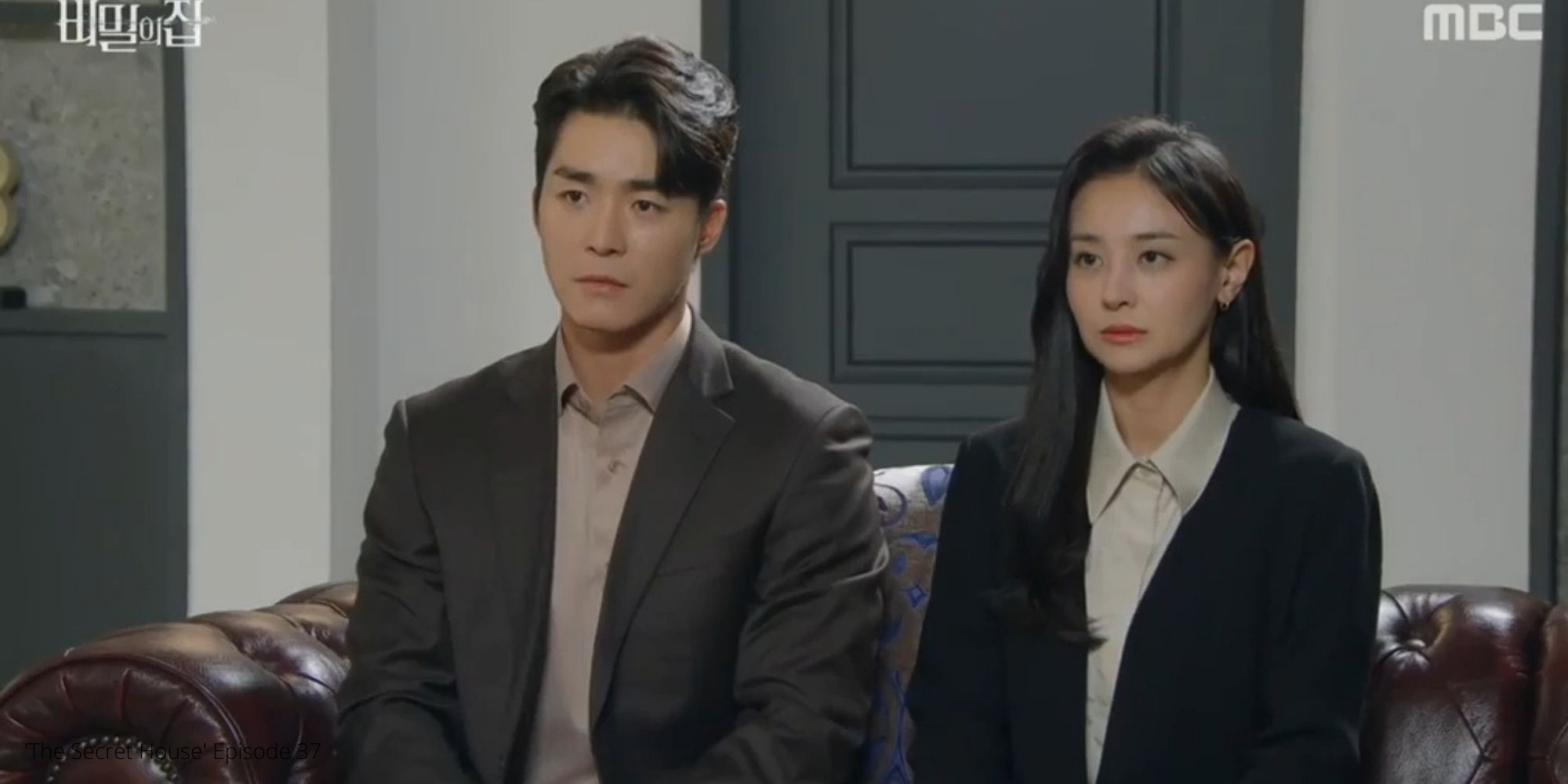 Also Read: How To Watch ‘A Robot In the Orange Orchard’?

Tae Hee And Ji Hwan Will Get Married

After deciding to marry Tae Hee, Ji Hwan goes to meet her family. He is very sure that he will take his revenge by becoming a part of their family. However, Tae Hee’s family straightforwardly refuses their union. Also, Sook Jin tells Tae Hee that she will have to give her all her rights to the family business and facilities if she marries Ji hwan. Still, she says that she will convince her grandfather and keep the business.

In ‘The Secret House’ Episode 37, Joo Hong is devastated to hear that Ji Hwan is leaving her. However, she does not hate him as she understands he is doing this because of his mother. She tries to persuade him not to marry to take revenge, but Ji Hwan is adamant about it. The next day, Heung Sik takes Tee Hee to the hospital and confines her in a room without her phone. What is the reason he is so against this marriage? Does it have something to do with the fact that her father was involved with Kyung Sun in the past? 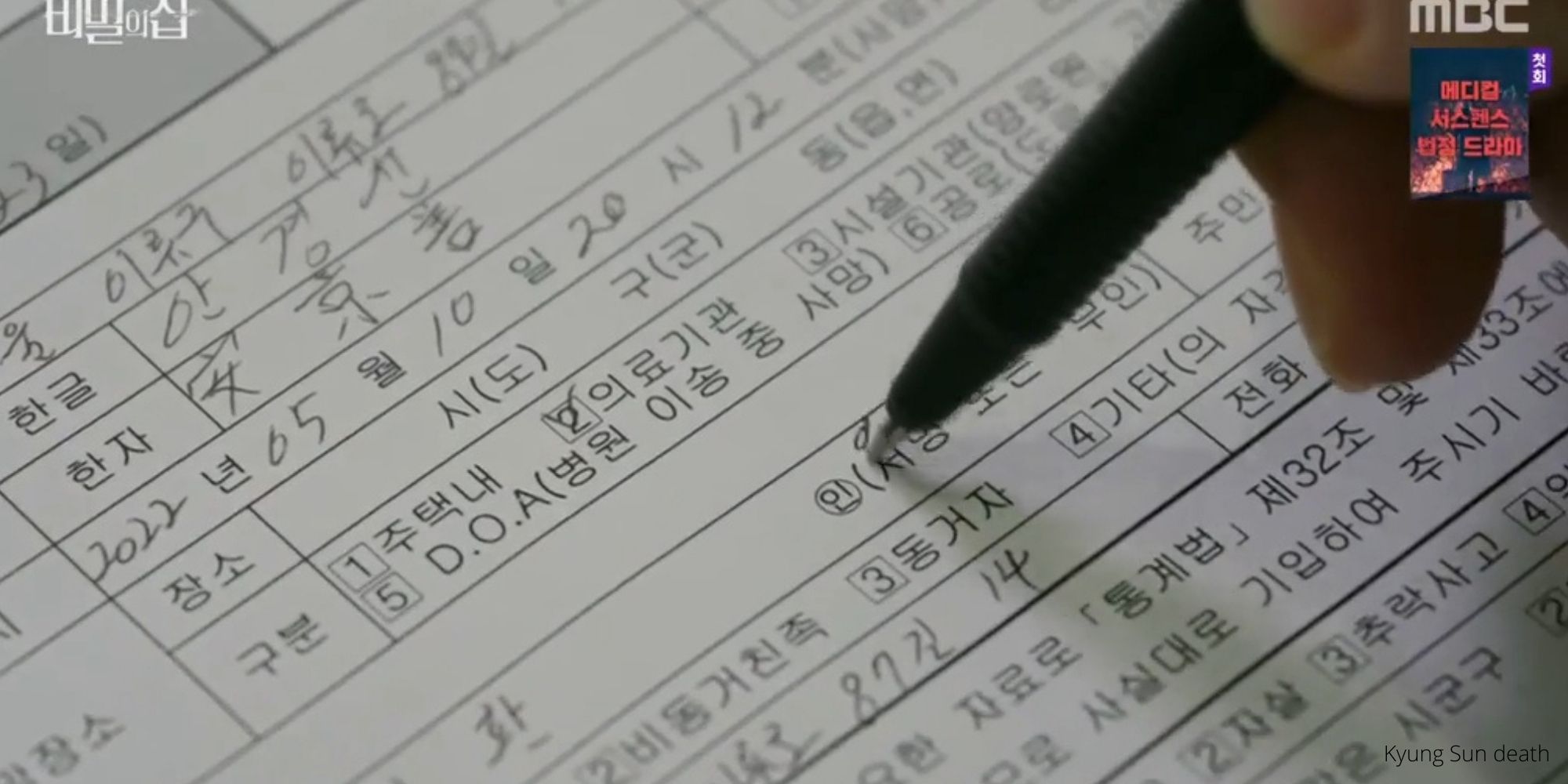 ‘The Secret House’ Episode 37 release date is 1st June 2022. Joo Hong’s parents are concerned about her as she is stressed and sick. However, they don’t know the reason for it. When they ask about it to Ji Hwan’s employee, they find out that he is marrying Tee Hee. In ‘The Secret House’ Ep 37, Ji Hwan is one step in his revenge plan, and he starts with Tae Hyung. He signs his mother’s death certificate and proceeds with the complaint again him. He meets with his sponsor and tells him to strike Tae Hyung’s name as a candidate for his party.