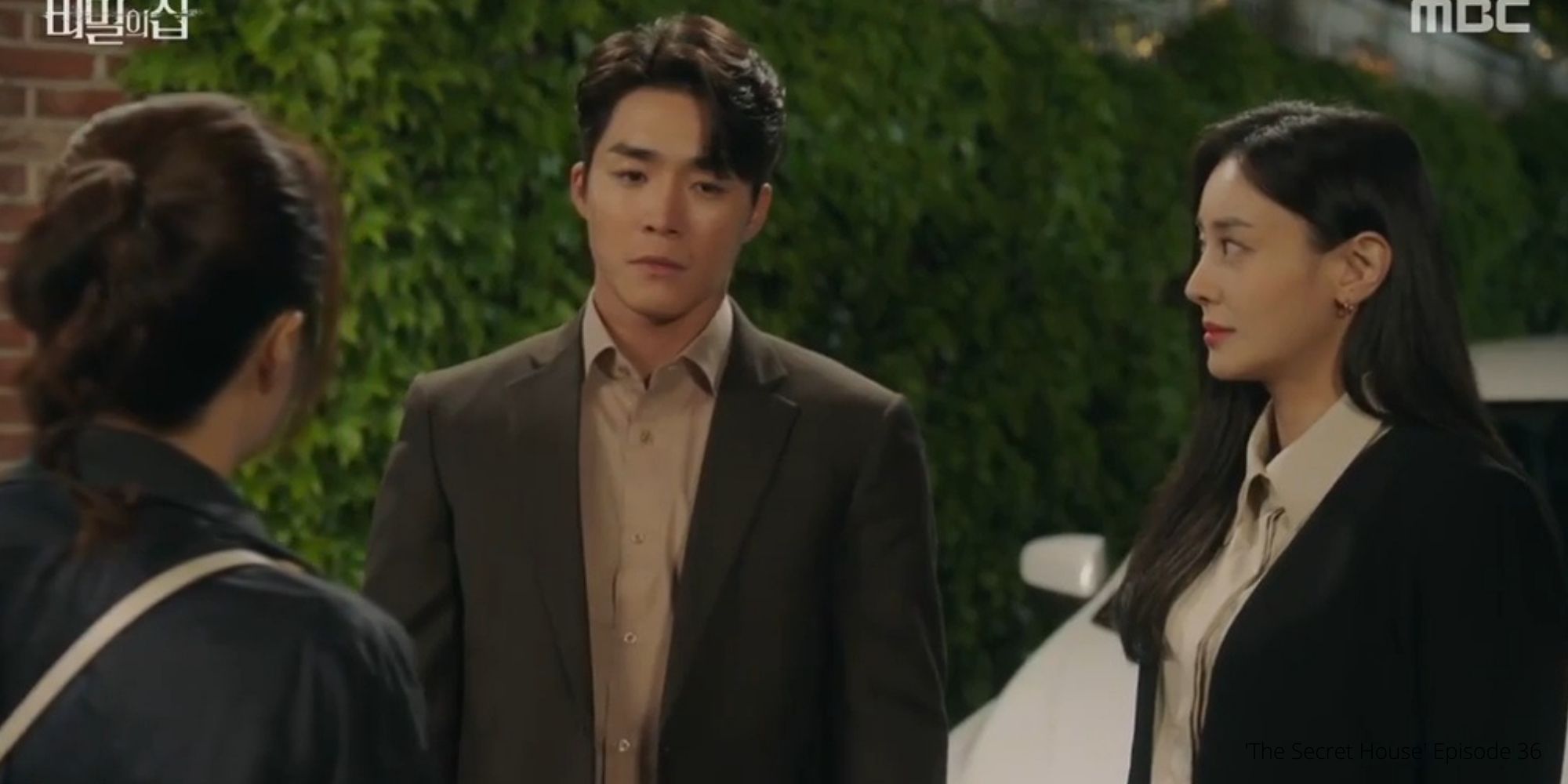 Tae Hyung finds out where Kyung Sun is hiding and orders Mr. Yang to bring her to the forest. However, when he kidnaps and brings Kyung Sun to him, he does not anticipate what Tae Hyung is thinking. In ‘The Secret House’ Episode 36, Tae Hyung can be considered a serial killer as he has committed two murders now.

On the other hand, Tae Hyung does not show up on her blind date. Sook Jin is very upset about it and starts yelling at her. This time her grandfather supports Sook Jin and tells Tae Hyung that she cannot marry Ji Hwan. However, Ji Hwan finally approaches her after losing his mother the second time and decides that this is the way he will take his revenge.

What Happened In ‘The Secret House’?

In ‘The Secret House,’ we see that Ji Hwan fools Tae Hyung and brings his mother back home. After this, Joo Hong and Sol take care of her while Ji Hwan goes to the police station. He forces the officer to take the complaint against Tae Hyung. However, he refuses as he has taken a bribe from Sook Jin. In ‘The Secret House’ Episode 36, Tae Hyung might get caught. He is trying to kill Kyung Sun to cover his tracks. One might this that ‘The Secret House’ story harbors a very big secret, but the biggest one might already be out.

On the other hand, Tae Hyung is still after Ji Hwan. She asks her grandfather to disagree with the match her mother has found for her. However, he refuses when he finds out that she is in love with Ji Hwan. Hyuk Sik also goes to the extent of following Tae Hyung as she will be the future of the company. In ‘The Secret House’ one speculation that can be made is that Mr. Yang and Sook Jin might have had a past story between them. 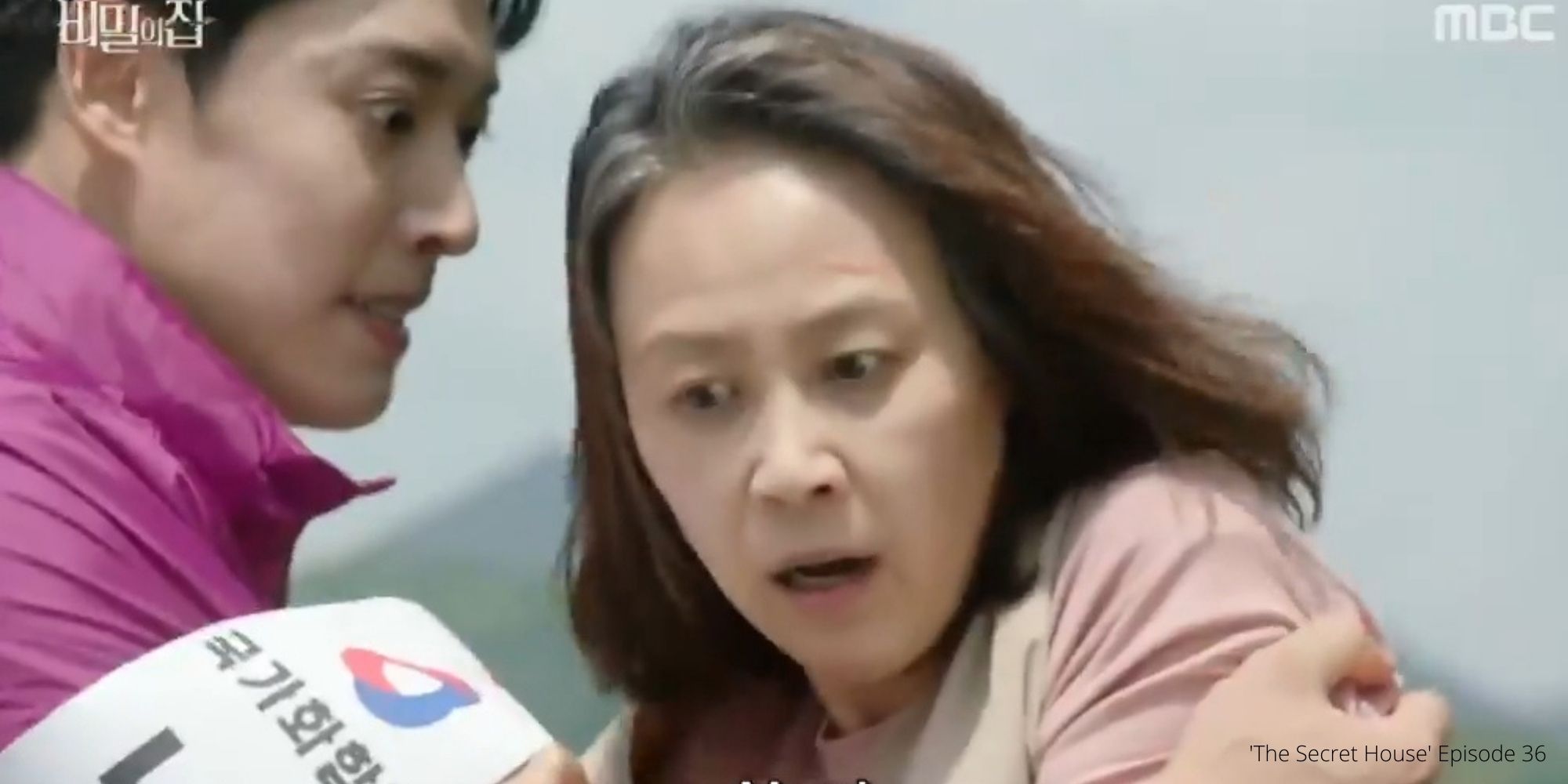 Also Read: How To Watch ‘A Robot In the Orange Orchard’?

After Tae Hyung finds out that Ji Hwan is keeping his mother at his home, he devises a plan. He takes the help of Mr. Yang in kidnapping Ji Hwan’s mother. They take her to a forested hill. In ‘The Secret House’ Ep 36, Mr. Yang might be forced to commit murder because of Tae Hyung. He is an evil spawn who won’t stop after his first murder. However, Kyung Sun has a watch on her wrist that has a GPS. Ji Hwan tracks her down and witnesses that Tae Hyung is trying to throw her down the hill.

Tae Hyung gets startled when he hears Ji Hwan’s voice. Just as he is distracted for a minute, Kyung Sun falls down the hill leaving one shoe behind. When Ji hwan finally reaches the top, he finds her shoe and assumes that she has fallen in the river. He calls for a rescue team, and when they ask him to wait, he refuses and jumps into the water himself. Also, this is the beginning of the torture Ji Hwan is planning to unleash on Tae Hyung’s family. 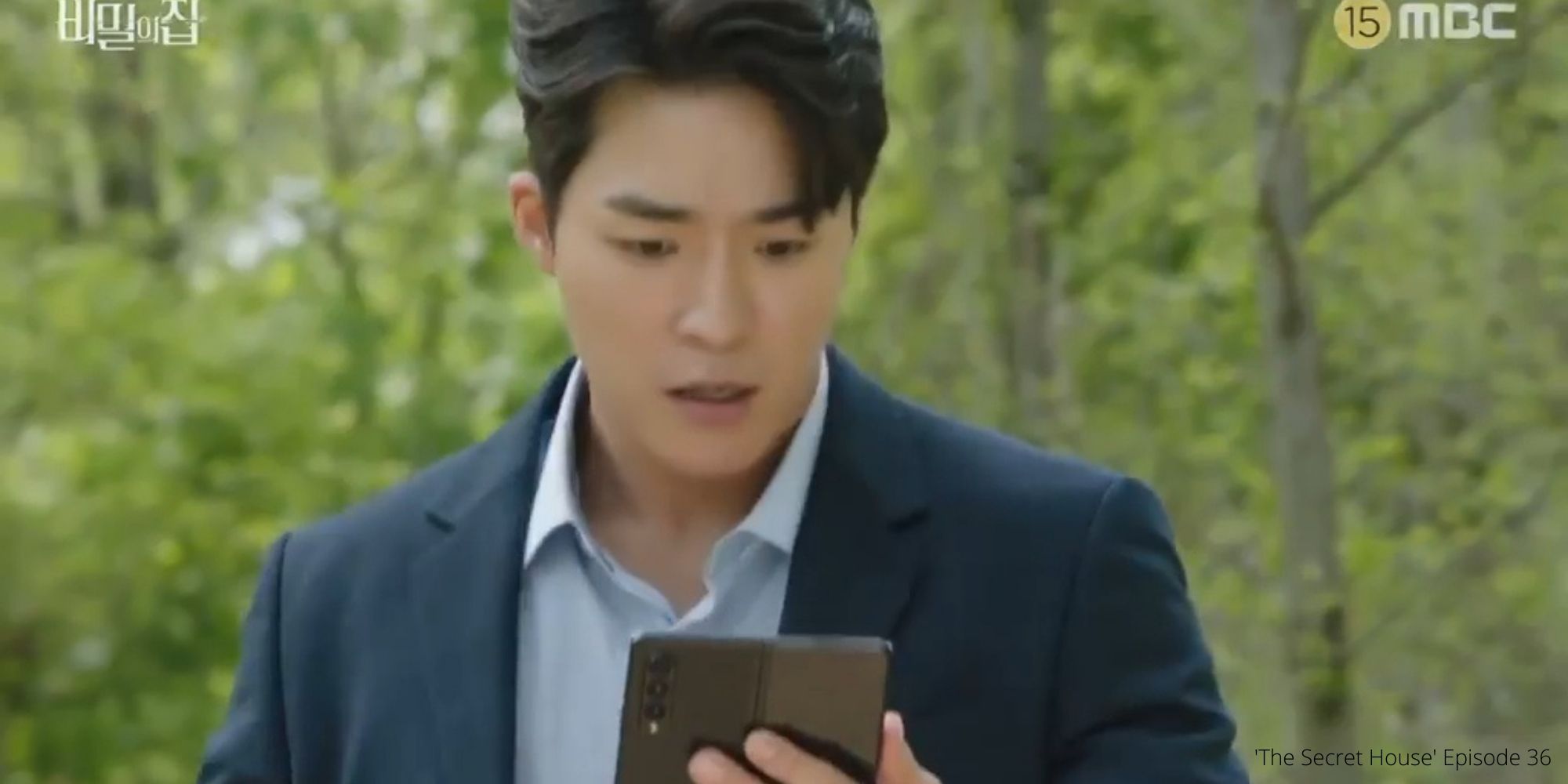 Still from The Secret House

‘The Secret House’ Episode 36 release date is 31st May 2022. Sook Jin scolds Tae Hyung because she does not go on a blind date. This time she stands up for herself and says that she will marry whoever she wants. After this, her grandfather talks to her and tries to convince her to give up on Ji Hwan. Furthermore, he adds she can become an old single sphincter, but she cannot marry Ji Hwan. However, she defies his command when Ji Hwan calls her after losing his mother. He decides to marry Tae Hyung and tale his revenge.