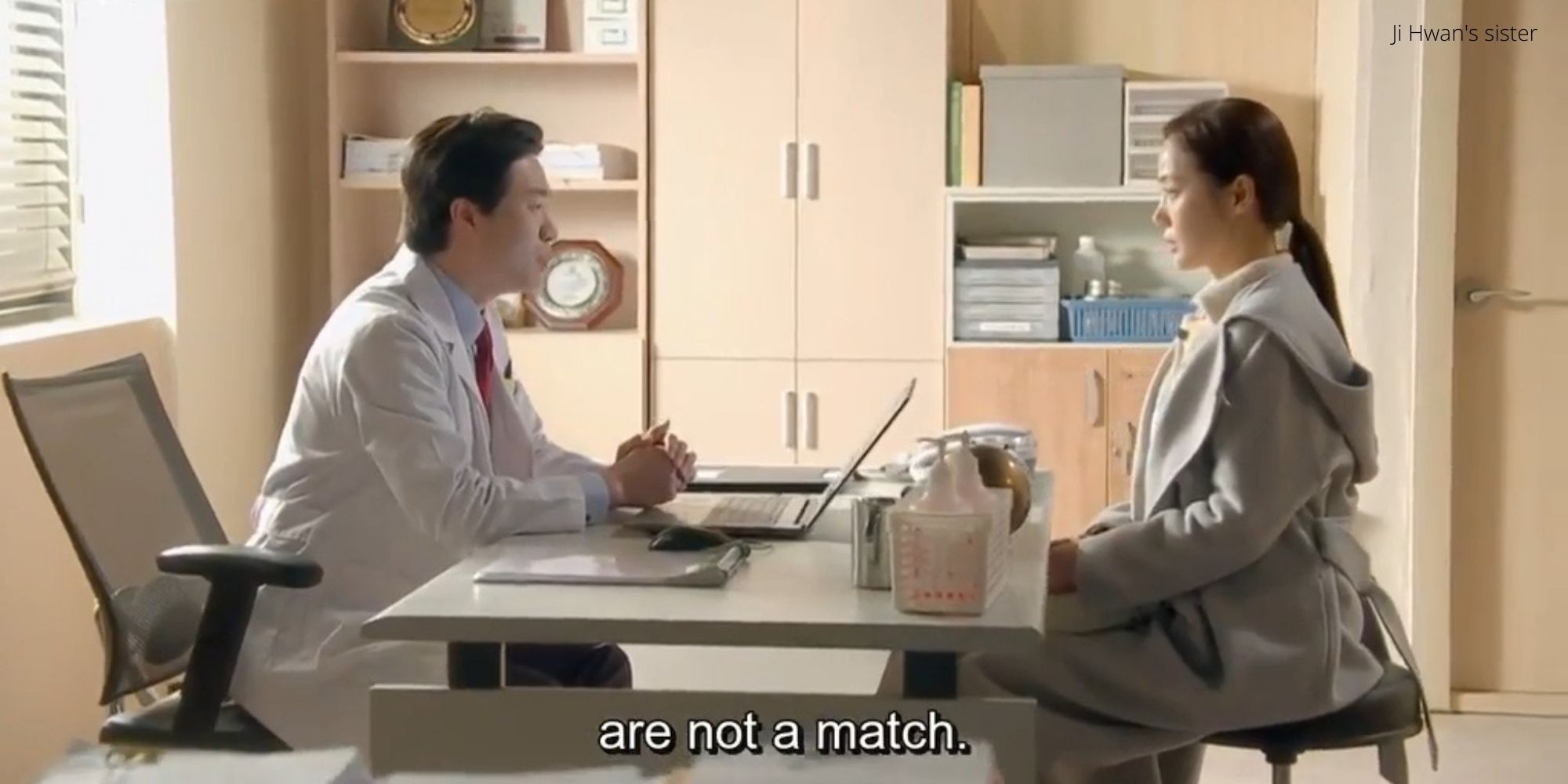 Ji Hwan and Joo Hong confess their feelings for each other. In The Secret House Episode 17, Joo Hong tells Tae Hyung to stop approaching her as she has a boyfriend. When he finds out about this, he is frustrated more than ever. Also, he does not know that he has a daughter somewhere who will need his help.

On top of that, Min-Young keeps calling him as she is not a suitable donor for her daughter. When he does not pick up any of her calls, she waits for him outside his house. She tells him that he will have to help Sol. When he refuses, she tells him that Sol is his daughter. Ji Hwan and Sook Jin both heard this and could not believe this. However, when Tae Hyung tries to threaten Min-Young, Ji Hwan comes in to rescue her.

What Happened In Previous ‘The Secret House’ Episodes?

In ‘The Secret House’ previous episodes, we have seen that Min-Young finds out that Woo-Sol is sick and she needs a liver transplant. After giving his brother’s advice some thought, she decides to go to Seoul to see Sol. However, at the hospital’s entrance, she has an unexpected encounter with Tae Hyung. Even in ‘The Secret House’ Episode 17, he is as arrogant as always. He leaves after their conversation, but Min-Young follows him. She asks him if he is healthy enough to be a donor. Tae Hyung did not understand a word she was saying and decided to ignore her.

Later, after Min-Young leaves, Sol gets discharged from the hospital. On the same day, Joo Hong asks Ji Hwan to treat her to dinner. They go to the place which she always liked. While they are eating, Joo Hong comes clean and tells Ji Hwan she wants to date him. When he does not answer, she leaves, saying that he can take his time to think. However, he does not need any more time. He runs back to her and tells her that he also likes her. Finally, they start dating again after being apart for ten years.

As Ji Hwan is headed home, he sees the manager of the nursing home and the man whose mother is paralyzed together. He becomes suspicious and follows them. After catching up to them, he asks them some questions, and at the same time, Sook Jin arrives there. Ji Hwan figures out that she is there to meet with the men, but Tae Hee comes at the right moment to save her. When she asks her mother about what is going on, she sidelines her question. However, now the doubt has been planted in Ji Hwan’s mind.

In ‘The Secret House’ upcoming episode, Min-Young goes to meet the doctor. She is there to find out if she is a compatible donor. However, she is not the right match. Finally, she has no option but to contact Sol’s father. When Joo Hong sees her in the lobby, she finds out about the test. She tells this to Ji Hwan when he brings lunch for her. In ‘The Secret House’ Episode 17, Min-Young might reveal the truth about Woo-Sol’s paternity to everyone.

‘The Secret House’ Episode 17 will release on 3rd May 2022. Tae Hyung has resigned from his post as the prosecutor and is preparing to join politics. He is up all night preparing his speech for his interview. After Min-Young sees him on television, she tries to get in touch with him. However, he does not pick up her calls. On the other hand, Tae Hyung’s grandfather goes to meet Ji Hwan, and there, his nurse finds a flyer of the women Sook Jin brought in. Later she calls to threaten her with the new information that she has discovered.