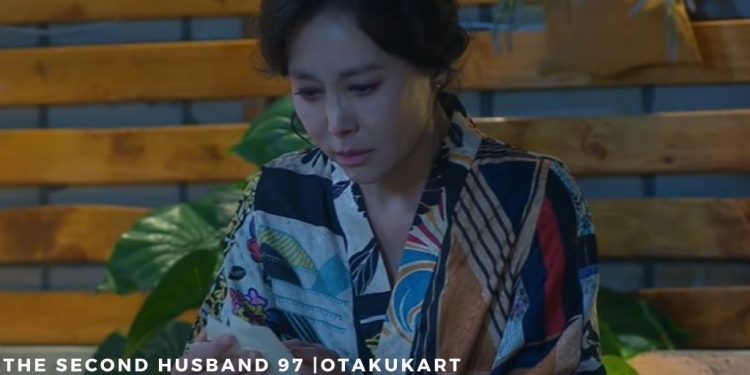 The Second Husband Episode 97 is just a few days away! In the recent episodes, the kdrama didn’t give the audience even a second of peace. The episodes, as usual, were filled with a lot of scheming and reveals. One of the most significant ones was naturally when Hae Ran finally got to know that Seon Hwa is her child. The audience literally waited for about 50 episodes or more for this big reveal. And all of this is thanks to Seon Hwa’s arch-nemesis Jae Kyung. Seon Hwa had mistakenly left the diary that her grandmother had kept for her. To be more exact, the diary in which her grandmother told her that her real name is Bong Bit Na. It seems as if Seon Hwa might have accidentally left it in Tae Yang’s car when she was staying at the house as Sharon.

When the maid brought in the notebook, no one recognized it except for Jae Kyung. Jae Kyung remembered that when she was going through Seon Hwa’s stuff, she had seen this particular diary. This made her curious about what might be in it, and when she did read the contents, she started to panic. She couldn’t possibly let Hae Ran find out that Seon Hwa is her real daughter. However, Hae Ran, being the sly fox she is, figured out that Jae Kyung what’s to hide something and found the torn pages from the diary. Later on, she arranged the pieces properly. To her astonishment, in the letter, it was written that Seon Hwa is Bit Na. See how Hae Ran is going to make up for what she has done to Seon Hwa and check out the release date, streaming details, and predictions for The Second Husband Episode 97.

The Second Husband Episode 97 is sure to be lots of fun. Fans have no clue when Seon Hwa will find out that she is Hae Ran’s real daughter. For now, the audience is sure that Hae Ran wouldn’t want to reveal that she is Seon Hwa’s real mother. She would want to do this because she might be humiliated that she had treated her daughter so harshly. Hae Ran used to treat Seon Hwa like a dirty insect. In the last episodes, before finding out that Seon Hwa is her real daughter, she even throws Seon Hwa out of the house when Jae Min was out for some business matter. Will she apologize to Seon Hwa for all that she had done to her? Will she make up for constantly slapping Seon Hwa and accusing her of bizarre things?

The audience has a feeling that even when she repents, she will hesitate to tell her that she is her real mother. Besides that, now that something good has happened, fans can’t shake off the feeling that Hae Ran might sacrifice herself for Seon Hwa in the coming episodes. It may happen when Jae Kyung might be planning to kill Seon Hwa. Or perhaps she and her daughter could happily live together!

The Second Husband Episode 97 will be released on January 3, this Monday.The Second Husband airs new episodes almost every day at 7:15 PM KST. Fans have been relieved that soon enough, Seon Hwa might also get to know that she is Hae Ran’s real daughter. Plus, the audience expects the story of Bok Soon and Jae Kyung to unravel in the upcoming episodes. All of us know that Jae Kyung’s supposed birth mother, Park Haeng Sil, had been lying all along. She had stolen baby Jae Kyung from a hospital and has pretended that it was her and Yoon Dae Guk’s child. How will Bok Soon and Jae Kyung find out about this? Don’t miss out on the episodes to see what happens next.

Where To Watch The Second Husband Episode 97

Also Read:  Kang Chang Ya Finally Steps Into The Scene In Episode 7 Of Snowdrop