We've been waiting to see this moment for a long time! 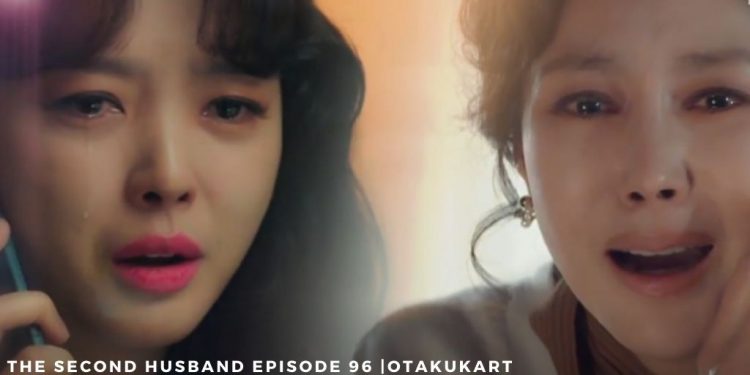 Fans are impatient to watch Episode 96 of The Second Husband! They are excited as ever now that Hae Ran will finally know who Bit Na is! However, they are not sure of how Hae Ran will react when the truth stands right in front of her face. Fans know that she and Seon Hwa don’t have a good history with each other, which is mainly Hae Ran’s fault. Ever since Hae Ran found out that Seon Hwa is Sang Hyuk’s ex, she started to hate her a lot. Her hatred naturally increased when she found out that Seon Hwa had been deceiving everyone in the family by becoming Sharon. She was about to tell everyone the true identity of Sharon and only stopped because Jae Min might get in trouble if she tells everyone who Sharon really is.

Nevertheless, the audience has been very unhappy with the way she has been treating Seon Hwa. She forgets that Seon Hwa is also a human being and deserves a second chance. She constantly slaps Seon Hwa and treats Seon Hwa like she is a very disgusting creature. Ever since she found out that Sharon is Seon Hwa, she even tells Seon Hwa to keep doing chores around the house. Also, in the most recent episodes, she also did something really cruel to Seon Hwa. When Jae Min left for Singapore for some business matter, Hae Ran took the opportunity to humiliate Seon Hwa even more. With no Jae Min to protect her, Hae Ran easily threw Seon Hwa out of the house. After doing all of these cruel things to Seon Hwa, how will she react when she finds out that Seon Hwa is her real daughter? Check out the release date, streaming details, and predictions for episode 96 to see!

The release date of The Second Husband Episode 96 is December 31, this Friday. The Second Husband releases new episodes Mon-Fri at 7:15 PM KST. The series has managed to entertain the audience by mixing many plots into one. Plus, it has been a long time since it was revealed that Seon Hwa is Hae Ran’s long-lost daughter. It seems that the creators have decided not to drag the plot a lot as it will evidently become boring if they do so. Cross your fingers to see the mother and daughter finally reunited this week!

Where To Watch The Second Husband Episode 96?

The Second Husband Episode 96 will surely be as fun as the other episodes! The audience is more than ready to see if Seon Hwa and Hae Ran will finally get to know that they are mother and daughter. Regardless of being highly excited, fans think that Hae Ran will be in much disbelief even if she finds out that Seon Hwa is Hae Ran. At first, she will totally decline that Seon Hwa can be Bit Na.

But Seon Hwa is bound to find out that Hae Ran is her mother, so she’ll be surprised that she is Jae Min’s stepsister. Little does she know, Jae Min is adopted! The audience hopes that Seon Hwa won’t forgive Hae Ran easily. This is because Hae Ran has acted ruthlessly to Seon Hwa and didn’t even think twice while hurting her. Don’t forget to watch the episode to see what happens next!