If she finds out that Tae Yang is Sae Byeok, then things will go downhill for Sang Hyuk real quick 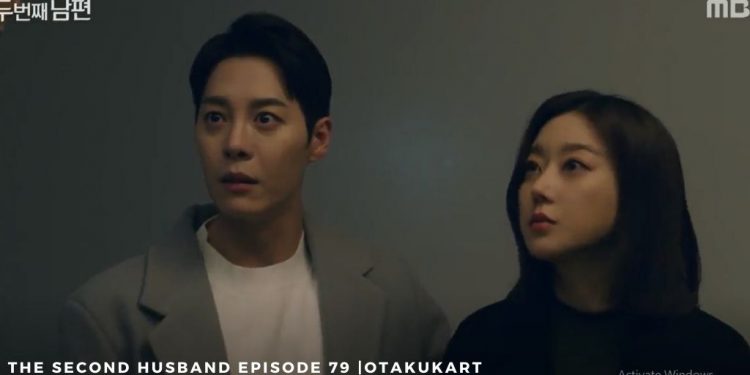 The Second Husband Episode 79 is just a few days away. Seon Hwa, her friends, and Jae mIn have been on a roll. In the most recent episode, they even stole all of Jae Kyung and Sang Hyuk’s money. The first step of Jae Min and Seon Hwa’s plan was to attend the same exhibit Jae Kyung was attending. Second, she a very expensive to Jae Kyung for free. Although Jae Kyung thought Seon Hwa was a fool to give such an expensive painting for noting she didn’t know that a camera was installed in it. Through the camera, Seon Hwa’s friends were looking at the password to open Jae Kyung, and Sang hyuk’s safe. And finally, at night, Sen Hwa and her friends got in a car and drove to the place.

And just in a swish, they robbed off Sang Hyuk and Jae Kyung off all of their riches. The audience couldn’t stop laughing when Jae Kung was losing her mind after she saw that all of the money was stolen. They couldn’t even call the police because the police would find out that Jae Kyung and Sang Hyuk had embezzled the money from the company. Sang Hyuk even started blaming Soo Chul and started accusing him of stealing all of the money. Fans have been loving all of this chaos. They even found it sweet that Jae Min had been waiting for Seon Hwa all the while she was on this mission. So that you don’t miss out on the drama, check out the release date of The Second Husband Episode 79.

The release date of The Second Husband Episode 79 is December 8. Ever since fans have found out about this drama, they have been eagerly looking forward to each and every episode. Even though it was annoying to watch Seon Hwa running after Sang Hyuk in the first 10 episodes, The Second Husband proved to be worth the audience’s time in just a few more episodes. The audience started to sympathize with Seon Hwa and grew a hatred for Jae Kyung, Sang Hyuk, and as well as Soo Chul.

First, Sang Hyuk betrayed Seon Hwa, then he and Jae Kyung killed her Grandmother, Seon Hwa lost many of her jobs just because of Jae Kyung, and lastly, she lost her child after she was sent to jail for the murder Jae Kyung had done. And when Seon Hwa started to take her revenge, fans have been supporting Seon Hwa ever since she started her revenge plan.

Where To Watch The Second Husband Ep 79?

The upcoming episode will surely be full of Jae Min and Seon Hwa moments. These two’s cute and sweet moments have taken over the episodes of The Second Husband. Plus, it looks like Seon Hwa will, at last, be confessing her feelings for Jae Min in The Second Husband Episode 79. Also, fans got a serotonin boost when Hae Ran got a clue of what might have happened to Sae Byeok. When she had dropped in Sang Hyuk’s place, she found a photo of Sae Byeok and naturally found it rather odd that he looked very similar to Tae Yang. She felt as if it was the same child. Well, what she doesn’t know is that Tae Yang is actually Sae Byeok, Seon Hwa’s child.

How will Seon Hwa react when she finds out that her son is not dead but is actually very near her. She will of course make Sang Hyuk pay for faking her son’s death. Initially, the audience thought that when Seon Hwa gets close to Tae Yang, she’ll find the burn that Sae Byeok also had. But to their surprise, it might be Hae Ran who find out about this secret first. Fans are very excited for The Second Husband Episode 79 now!