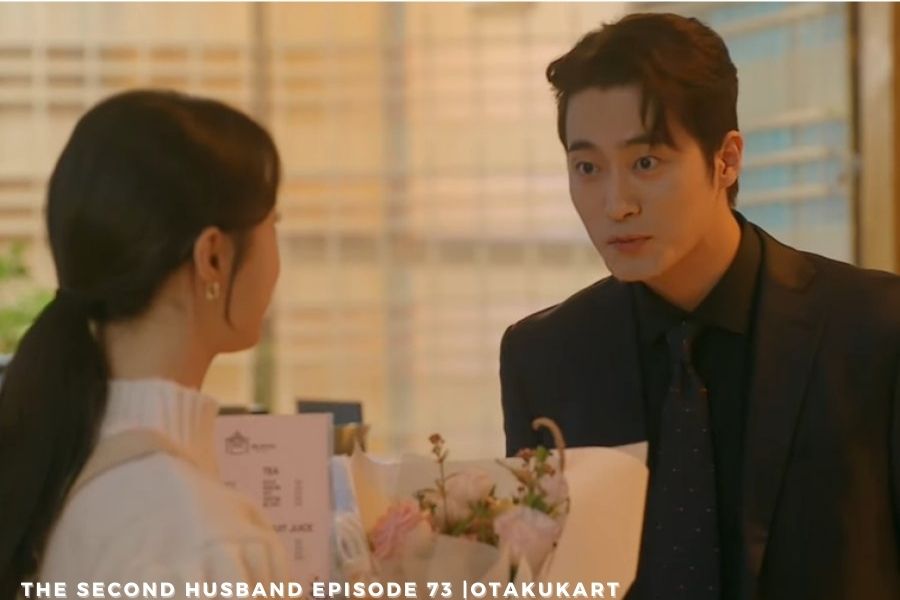 The Second Husband Episode 73 is just a few days away! Fans can’t wait to see what the new turn in the kdrama leads to. As the literal title of kdrama is The Second Husband, ever since the first episode aired fans have been curious as to why the kdrama had been named so. Naturally, the second husband the title is referring to is Jae MIn. Jae Min is the boy of everyone’s dreams and most importantly, he takes care of Seon Hwa like a delicate diamond. As Jae Min helps out Seon Hwa with her revenge, fans start to understand what the title of the kdrama means.

Plus, the audience of the k-series has been very excited. At last, Seon Hwa and Jae Min are getting married. While some think that Seon Hwa is ready to marry Jae Min because she is truly in love with him others think that there she also has an ulterior motive too. Some think that Seon Hwa is marrying Jae Min only because she wants to take her revenge. Fans of the kdrama think that she could do both at the same time. Whatever it may be fans have been really happy with Seo Hwa. Also, a part of Seon Hwa’s plan may be to go to the family’s house and torture Sang Hyuk and Jae Kyung over there. So that you don’t miss out on Seon Hwa’s revenge, don’t forget to check out the release date and predictions for The Second Husband Episode 73.

The release date of The Second Husband Episode 73 is November 30. Fans can’t wait for this week’s Tuesday so that they can watch The Second Husband Episode 73. Fans can’t believe that more than half of the episodes have already been aired. The series had started to do a quite good job with the release of its first episode. Fans of the cast members and crew, and admirers of the story came rushing in to watch The Second Husband. The cast of the k-series has popular names like Uhm Hyun Kyung (A Man In A Veil), Cha Seo Won ( Liver Or Die), Oh Seung Ah (Secret And Lies), and Han Ki Woong (The Alchemist). Many fans had also been very excited to see reunions of actors like Uhm Hyun Kyung and Cha Seo Won. Subsequently, a huge audience had already been gathered even before the kdrama had started to air.

Where To Watch The Second Husband Ep 73?

Just the thought of Seon Hwa and Jae Min marrying excited fans a lot. Of course, with their marriage, a lot of chaos will also be unused. Jae Kyung and Sang Hyuk will lose their minds if a look-alike of Seon Hwa lives in their house. The Korean audience can watch the episode on the JTBC channel. The Second Husband releases new episodes Mon-Fri at 7:15 PM in Korea. Furthermore, it looks like that the Korean audience has taken a liking to this kdrama. The kdrama’s viewership ratings have significantly grown with each episode. As for the international viewers, they can stream the episode on streaming sites like Rakuten Viki (only with a standard subscription) and Kocowa.

Also Read: Would You Like a Cup of Coffee? Episode 12: Spoilers & Preview

Although fans have been ecstatic about marriage news, what will happen when Jae Min finds out who Bit Na is. Hae Ran has set up one of Seon Hwa’s cellmates to look for her long-lost daughter. But some even think that maybe Jae Min was the adopted one. What if when Jae Min finds out about Bit Na, then the audience will get to know about Jae Min’s backstory. The only past memory that the audience has seen is Jae Min’s teenage years.

If Jae Min was adopted, the creators didn’t reveal anything from his childhood. Other than that, Jae Kyung had finally confronted Sang Hyuk. She warned him not to backstab her or else he will dearly pay for it. Now that you know everything about Episode 73 of The Second Husband, don’t forget to mark your calendars.