‘The Second Husband’ Episode 68: Release Date, Where To Watch and Preview 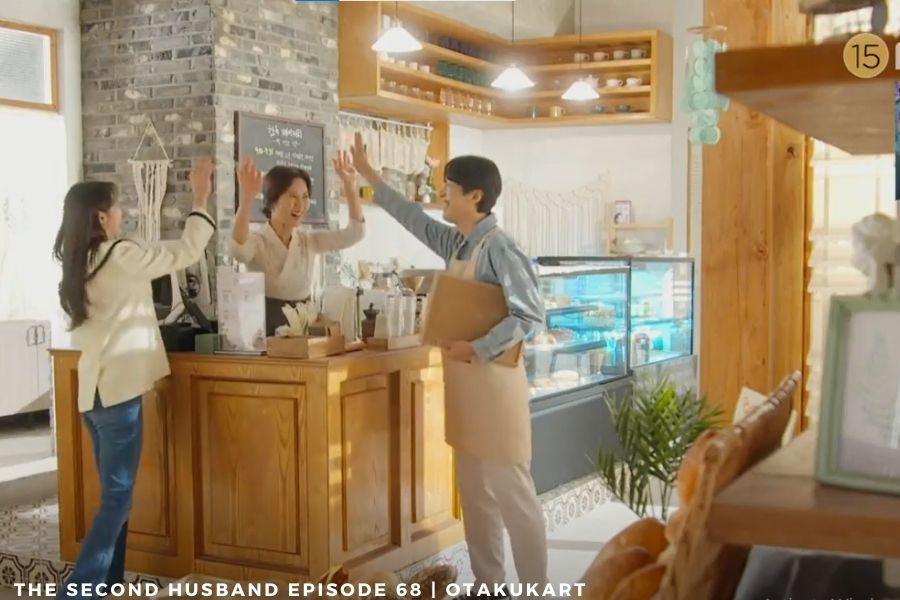 The Second Husband Episode 68 is just a few days away. The Second Husband has been taking the audience through a lot of twists and turns lately. Things have turned out great for Seon Hwa. The detective who had helped Jae Kyung and Soo Chul with Nam Ki Taek’s murder was rightly punished. The detective had lost his job and will spend his time in jail. Seon Hwa, Seo Jun, and Bok Soon had celebrated this momentous moment. Along with that, Seon Hwa ad found out about the truce between Jae Kyung and Choi Eun Gyul. Seon Hwa had secretly, gotten into Jae Kyung’s office to look for some evidence. And she found something in Jae Kyung’s drawer quite easily. In that piece of paper, Jae Kyung and Choi Eun Gyul had signed an agreement.

However, just when Seon Hwa had found the agreement, she had someone outside the door and quickly hid under the table. She overheard Sang Hyuk and Jae Kyung angrily talking bout how they should be careful or else Jae Min will become the head of Daekook Confectionary. And right when Sang Hyuk gets out, Seon Hwa takes her chance and tells Jae Kyung that she has found out everything and even has evidence for it. Jae Kyung instantly gets scared and gets on her knees. She pleads to Seon Hwa not to tell anyone about it and asks her what does she want in return. Seon Hwa gave her only two days to confess to all of her crimes.

Will Jae Kyung confess or not? Don’t forget to check out the release date, streaming details, and predictions for The Second Husband Episode 68 t see what is next for Jae Kyung.

The release date of The Second Husband Episode 68 is on November 23. Furthermore, the release date of the episode falls on the upcoming Tuesday. Moreover, the kdrama releases new episodes Mon-Fri at 7:15 PM KST on its broadcasting channel MBC. Recently, the kdrama had seen some delay in its episodes due to the 4th round of a professional baseball series airing on MBC. Besides that, the kdrama had also secured its highest viewership ratings yet on its 65th episode. Episode 65 of The Second Husband had received 9.3% nationwide viewership ratings. The Second Husband has been receiving praise for its interesting plot and for its cast and crew. It is not over spring that the kdrama has been able to gather a lot of audiences through its unique plot.

Where To Watch The Second Husband Ep 68?

Korean viewers can watch the episode on the kdrama’s networking channel MBC while taking a half an hour break in the evening. Further, the international audience can watch The Second Husband Episode 68 on streaming platforms like Rakuten Viki or Kocowa. Moreover, the episodes of The Second Husband are available on Rakuten Viki only for those who have a standard subscription. Additionally, if you want to be right on time to watch the episode here are the airing time of the episodes in different regions- 5:15 am in the USA, 3:45 PM in India, and 10:15 AM in the UK.

Just like the other episodes, The Second Husband Episode 68 will be full of fun. In the preview, Seon Hwa and Sang Hyuk had gone on a fun outing. While Sang Hyuk was barbequing Seon Hwa took a hold of his phone and scanned through it to find anything about his and Jae Kyung’s new plan. But she couldn’t find anything near to what they might be planning. Nevertheless, she did meet up with Jae Kyung. Jae Kyung along with Soo Chul had been following them on their trip. Then Jae Kyung had started her plan. She called Sang Hyuk telling him that her father wants to meet him urgently. And when Sang Hyul left she confronted Seon Hwa.

During Jae Kyung and SeonHwa’s fight, Soo Chul attacked Seon Hwa from the back. The audience is horrified by the lengths that Jae Kyung is taking to cover up everything she has done. Has Seon Hwa really died? Was Sang Hyuk in the pan? Fans have been buzzing with these questions ever since they saw the preview. And now, they can’t wait for the release of the second Husband Episode 68.

Strangers From Hell Ending Explained: What Happened to in the End? Spoilers and Assumptions