Will Seon Hwa will be able to bring Jae Kyung's crime to light? 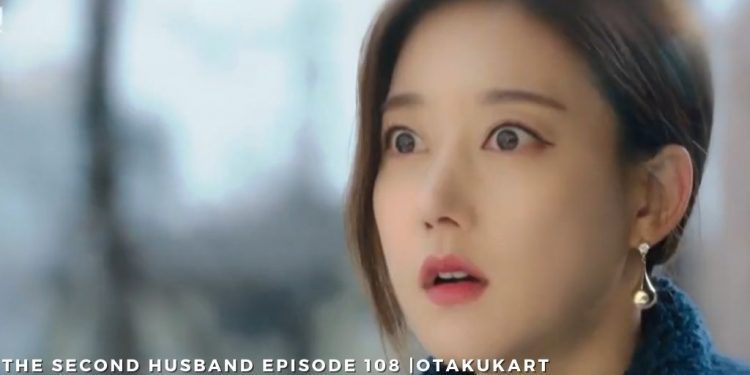 The Second Husband Episode 108 is going to grace our screens really soon. There is no doubt that the past few episodes have been full of crazy surprises. Naturally, the audience of The Second Husband did not have even a second of peace. For a minute, fans were happy that Seon Hwa had become the director of Daekook Confectionary, and in just a few minutes after, they became utterly shocked when Jae Kyung risked her life to save Tae Yang, and now has amnesia. The audience of The Second Husband has their own doubts regarding the memory loss of Jae Kyung. Maybe it was her plan, after all, to become the hero and act like she was rescuing Tae Yang, and in that process, she supposedly lost specific parts of her memory.

And on the other side, Seon Hwa was grateful to Jae Kyung for the first time in her life because she felt that Jae Kyung genuinely cared for Tae Yang. Now, Jae Kyung doesn’t even remember that she is married to Sang Hyuk and call him Mr.Moon. She doesn’t even remember that Sa Rang that she had a miscarriage and thinks that Sae Byeok is Sa Rang. Moreover, fans can’t hold back their disgust over Sang Hyuk and his mom Mal Ja. They don’t care about Jae Kyung’s amnesia and are happy over the fact that she doesn’t remember that Sang Hyuk is her husband. This is because they think that Sang Hyuk can get back with Seon Hwa now that she has become the director of Daekook Confectionary, aka she has become rich. They are really some money-hungry people!

Don’t miss out on the fun and check out the release date, streaming details, and predictions for The Second Husband Episode 108.

The Second Husband Episode 108 will be as exciting as the rest of the episodes! Like fans, Seon Hwa thinks that although Jae Kyung doesn’t remember that she has committed the crimes, it is no excuse for her to be forgiven and not be punished. Although most of the audience thought that it was quite irrational of Seon Hwa to go to Jae Kyung and tell her about her crimes even though she doesn’t remember them. Coming back to Seon Hwa’s revenge plan, our powerful female lead has planned something very big and is playing her cards very carefully. Seon Hwa is going to make the J Town is going to run out of all of their money.

In the preview for the upcoming episode, Sang Hyuk could be seen fussing about the matter over a phone call. And the one behind J Town’s bankruptcy is none other than the director of Daekook Confectionary Seon Hwa. She told Sang Hyuk that if he doesn’t hand over the evidence that he has, J Town will perish into thin air! Will Seon Hwa be able to bring Jae Kyung’s crime to light? If she manages to reveal how Jae Kyung’s father had tried to cover up her crimes, it would definitely be the icing on the cake!

The release date of The Second Husband Episode 108 is 18 January, this Tuesday. The Second Husband airs new episodes Mon-Fri a 7:15 PM KST on the kdrama’s broadcasting channel MBC. The K-series will have a total of 150 fun-filled episodes. The episodes of the K-series were extended from 120 to 150. This might have happened so that the show could reveal the backstory of Jae Kyung and Bok Soon and how Seon Hwa will find out that Hae Ran is her real mother. Stay tuned to see how the story unfolds!

Where To Watch The Second Husband Episode 108?