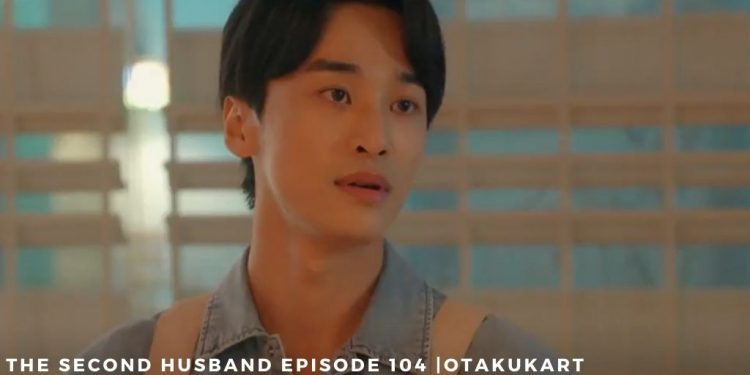 The Second Husband Episode 104 is going to grace our screens really soon! The recent episodes of The Second Husband have been one hell of a ride. From Seon Hwa becoming the CEO of J Capital to Seo Jun confessing that he likes Seon Hwa, the episodes didn’t let the audience rest even fr a second. Fans were amazed but were kinda expecting Seo Jun to develop feelings for Seon Hwa. The endless stares that he gave Jae Min were a big clue. He and Seon Hwa even had the main lead catching the female lead before she falls moment in of the recent episodes. Seo Jun even got mad at her because he became really flustered. Moreover, he had also picked up a fight with Jae Min when he had come to visit Seon Hwa.

He shouted at him to be careful because their fake marriage was over and that if something happened then, Seon Hwa would have to pay the price. Jae Min perplexedly answered by saying that both of them liked each other, so there is no harm in seeing Seon Hwa. After he got inside Seon Hwa’s room, he was so surprised by Seo Jun’s outburst that he even asked Seon Hwa if there had been a misunderstanding. Bok Soon, who had been watching all of this quickly asked Seo Jun why did he have to fall in love with Seon Hwa out of all people. Seo Jun answered back that he has been hiding his feeling for so long that if he doesn’t reveal them, then what knows will happen!

Don’ts miss out on what Seo Jun will be doing next, and check out the release date, streaming details, and predictions for The Second Husband Episode 104.

The Second Husband Husband has been on a roll right now. It looks like Seon Hwa has been collecting all of the men in the town. And now that she has become the CEO of J Capital and might become the director of Daekook Confectionary, there is no stopping her. It seems like Sang Hyuk and his greedy mother, Mal Ja, have also realized this. In the preview, Mal Ja could be seen telling Sang Hyuk that it was a wrong decision to leave Seon Hwa for Jae Kyung because knew Seon Hwa was well off and how Mal Ja could keep sitting when someone is living their life. But the thing that excited the audience the most was when Sang Hyuk told his mother that she shouldn’t be worried because he had something in plan.

Fans think that maybe he is going to use his secret weapon to help Seon Hwa and put Jae Kyung in jail. Or he could turn the tables by framing Seon Hwa for something she hasn’t done. The competition is quite furious here, and it looks that Sang Hyuk is the lucky card. Unfortunate, who wins the position as the director of Daekook Confectionary is seemingly all up to Sang Hyuk now. Fans can’t even imagine what might happen next because Sang Hyuk is quite an unpredictable character.

The release date of The Second Husband Episode 104 is January 12, this Wednesday. The Second Husband has been entertaining fans with fresh content ever since August 9. Know many people around the globe wait every evening for The Second Husband episodes to air. The audience has been loving the revenge part as well as the side plot of the long-lost mothers and daughters. Plus, it is like no other daily drama. The story doesn’t drag you at all but sends thrills through the screen every second.

Where To Watch The Second Husband Episode 104?

Also read: Top 8 Spectacular IU Kdrama That Prove She Is A Talented Queen