Finally her crimes have been coming to light! 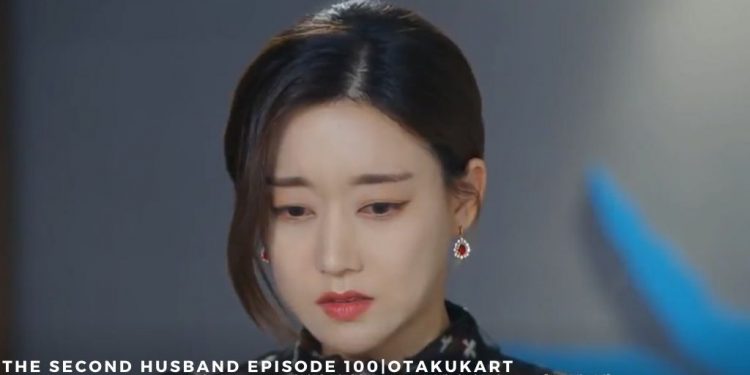 The Second Husband Episode 100 is just a few days away! Fans have been over the moon to watch more sweet scenes between Seon Hwa and Hae Ran. She has started to rightfully feel guilty of all the rude and evil things that he had said and done to Seon Hwa. Hae Ran realized that she didn’t even try to understand Seon Hwa and stood stubbornly and stupidly on her ground. Besides Hae Ran realizing that Seon Hwa is her real daughter Bit Na, fans had been overjoyed that Seon Hwa was able to spend some precious time with Tae Yang. Surprisingly, Sang Hyuk actually did something good for Seon Hwa in the recent episode of The Second Husband. He had brought Tae Yag to his mother’s home and told Seon Hwa to come.

Unfortunately, things didn’t last long because when Sang Hyuk and his sister Sang Mi were talking on the phone, Jae Kyung overheard their conversation. She instantly ran over to her mother-in-law’s house when she heard that Seon Hwa was with Tae Yang. The audience, along with Seon Hwa, can’t tolerate how she acts like Tae Yang is her child. If that wasn’t enough to anger the audience as well as Seon Hwa, she doesn’t treat Tae Yang properly. Naturally, Seon Hwa threatened her that if she doesn’t treat Tae Yang properly, then Seon Hwa will make sure to make her pay dearly for it. God! Seon Hwa has turned into a badass female lead. Don’t miss out on The Second Husband, and check out the release date, streaming details, and predictions for episode 100 of the kdrama.

The Second Husband Episode 100 will be as thrilling as the previously released episodes. While working at the Singapore department, Jae Min found something really important. It turns out that Jae Kyung had fabricated the sales in a very sly manner, but Jae Min had still noticed it. When Jae Kyung heard about this, she ran to his office and tried to butter him up. She tried convincing him not to tell their father about this because she is his sister. Jae Min, who by now knows that whatever comes out of Jae Kyung’s mouth are lies, didn’t even bat an eye to her pleading.

In the preview for the upcoming episode, Jae Min could be seen revealing the truth to Yoon Dae Guk. Of course, Yoon Dae Guk was enraged by Jae Kyung’s act. And subsequently, told his secretary to bring her and Sang Hyuk to his office instantly. After they came in, Yoon Dae Guk told them that he would be doing a proper investigation now. The audience can’t wait to see what the outcome of this investigation is going to be.

The Second Husband Episode 100 will be released on January 6, this Thursday. The Second Husband has graced the screens of the audience ever since August 9. With its excellent storytelling and exciting plot, there is no wonder why people have been waiting to watch the episodes of the K-series. It seems like the kdrama keeps exciting the audience more and more as each day passes by. As Hae Ran finds out that Seon Hwa is her daughter, another thrilling thing has happened. Jae Min has finally found out how Jae Kyung had been able to earn so much! And it looks like that he isn’t going to hide the fact and is going to make her pay for her crimes.

Where To Watch The Second Husband Ep 100?

The Korean audience of the k-series can watch the episodes of the kdrama Mon-Fri at 7:15 PM KST on MBC. The Second Husband had proved its popularity in Korea when the cast members like Uhm Hyun Kyung and Cha Seo Won won the Top Excellence Awards, At The Actor/Actress Award at the 2021 MBC Awards. Besides that, the international audience of The Second Husband can watch episode 100 either on Rakuten Viki or Kocowa. The exclusive services of these streaming sites are only available if you have a standard subscription. Also, the release time of the 100th episodes of The Second Husband is 10:15 AM in the UK, 3:45 PM in India, and 8:45 PM in Australia.

What is Nam Joo Hyuk’s Net Worth? Early Life, Career, and Earnings in 2022