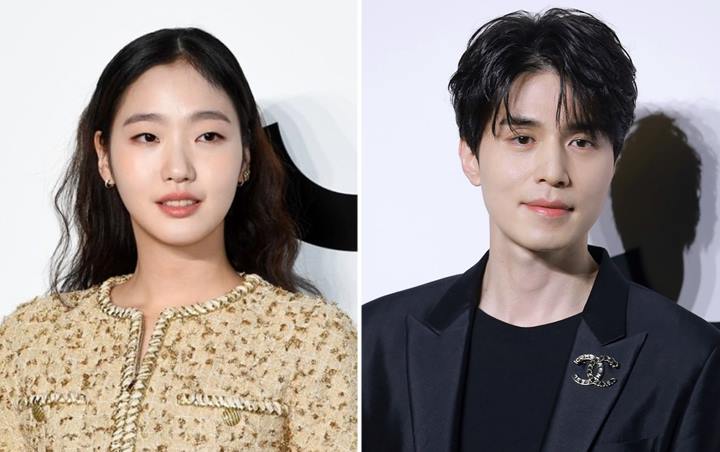 Actors Lee Dong Wook and Kim Go Eun will be seen in a new variety show, The Sea I Desire, along with SHINee’s Onew. Variety Shows are really popular in South Korea, and another one joining the list is a treat to many. Moreover, Lee Dong Wook, Kim Go Eun, and Onew are some of the most famous names in the entertainment industry. Fans will definitely love the three coming together. The production team which created JTBC’s Begin Again is the mastermind behind The Sea I Desire.

Variety shows are the kind of entertainment Tv shows. They are made up of different arts, comic sketches, music performances, and games. K-pop idols, groups, actors, and soloists all participate in these variety shows. Hence, they are as important as K-dramas in South Korea.

The Sea I Desire will also have more cast members other than Dong-Wook, Go-Eun, and Onew. Moreover, the release date and crew members of the show are also announced. Fans of the stars are curiously waiting for it to premiere. So, let’s go ahead and get all the details on the upcoming Variety show.

The upcoming show will release on June 29, 2021, at 9:00 pm KST. It will telecast on JTBC, and Begin Again’s producing director (PD), Song Gwang Jong, will direct the show.

The Sea I Desire will definitely grab some attention as it coming up with a slightly different concept than the other Variety programs.

It is a healing program. Celebrities will display and enjoy their own music. Also, they will be able to devour homemade dishes at an energetic bar next to the mysterious and beautiful sea. The variety show centers around three major keywords- sea, bar, and wish. The guests who will make an appearance will be able to spend a special day with the cool ocean, music, and delicious food. Moreover, they can gain peace by taking some time off their monotonous routines.

The show has cast quite some names of the industry. The brilliant members of the upcoming show include Yoon Jong Shin, Lee Ji Ah, Lee Dong Wook, SHINee’s Onew, Kim Go Eun, and AKMU’s Lee Suhyun.

Even though it is a variety show, some roles are assigned to the cast members. According to the info provided by the production company, the cast will be doing a specific chore in the show.

All of the stars will be fulfilling the responsibilities given to them. And will try their best to entertain each other and the guests. Several celebrity guests are said to attend the show and play their music. Singer-songwriter MeloMance’s Jung Dong Hwan and artist Zai.Ro are confirmed to perform on the show.

The Roles of The Cast Members

Lee Ji Ah, who has excellent cooking skills, will be the head chef. Her fans know that she has a passion for cooking, and she will be able to showcase her feature on the show. Also, she will prepare new dishes for the menu. Lee Ji Ah is known for her roles in shows like The Legend, My Mister, and currently, she is breaking records with her hit show The Penthouse.

Lee Dong Wook is transforming into a head bartender. He will also participate in other activities, like diving and cooking. Kim Go Eun, who has a scuba diving license and a deep interest in the marine ecosystem, will be the ocean guard of the team. Lee Dong-Wook was last seen in The Tale of Nine-Tailed, whereas Kim Go Eun shone brightly in The King: Eternal Monarch. The duo has previously worked together in the superhit show, Goblin.

Yoon Jong Shin will be the head of storytelling by infusing music into it. Onew will handle the bakery as well as play music for the guests. Last but definitely not least, Lee Suhyun will sing and provide the guests a melodious night with her honey-like voice. Yoon Jong Shin, Onew (SHINee), and Lee Suhyun (AKMU) are some of the most famous musicians in the industry.

A team of such talented celebrities is something we are looking forward to. And we believe it will undoubtedly be a superhit.

Until then, watch Lee Dong Wook in The Tale of The Nine-Tailed here.

Also Read: Mine KDrama: Everything About The Talented Cast