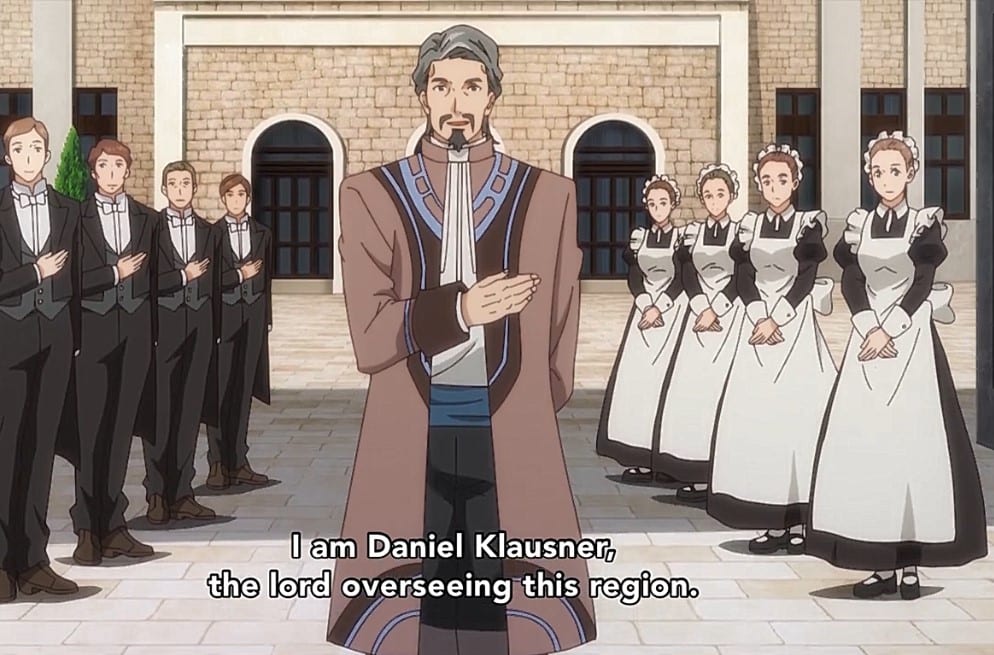 After the long journey of travel, Sei and Albert arrive at another kingdom. Albert does that trick of lady’s first helping Sei to get out of the wagon. Sei thanks Albert for being a true gentleman. Suddenly Daniel Klausner arrived and welcomed the two. Daniel reveals that he is the lord overseeing the region. Daniel nods his head as a signal for the lady in front of him to introduce herself. The lady reveals that she is Sei Takanashi and thanks to him for hosting them. The gentleman comments that he is Albert Hawke, Commander of the Third Order of Knights.

Albert comments that it is an honor to serve Lord Daniel. The next day Sei feels exhausted after a long journey. The maid told her that she needs to change her robe. Sei said to the maid that she got dinner with Lord Daniel later tonight. The maid told her to change into something more comfortable waiting for her dinner time. Later, Sei enjoys drinking tea infused with herbs that rarely appear in the capital. Sei realizes that this region is known for its herb cultivation. She realizes that Jude told her something.

Previously on The Saint’s Magic Power is Omnipotent Episode 10

Sei recalls when Jude said the Alchemist’s Holy Land would be like heaven for Sei. That day, Sei asks Jude what he meant, and Jude reveals that there are alchemist families there that go back generations and have their secret recipes. Jude told Sei that she might find a way to make potions stronger than high-grade ones. Sei feels that she will enjoy the surroundings of this kingdom and discover the secret recipes. In the evening, Sei had dinner with Daniel, who notices that Sei is enjoying herself.

Sei comments that the food is delicious and asks if they use the local recipes. Daniel replies that it is different, and they heard that using herbs in cooking had become popular and merely adopted the practice. Sei thinks that this is one of her recipes to be noted. Sei felt the difference in taste and feels that they are using a more complex combination of herbs than her. She thinks that Daniel keeps on impressing her by the way he runs his kingdom. Albert also enjoys the food, and Sei asks Daniel the types of herbs they cultivate here. 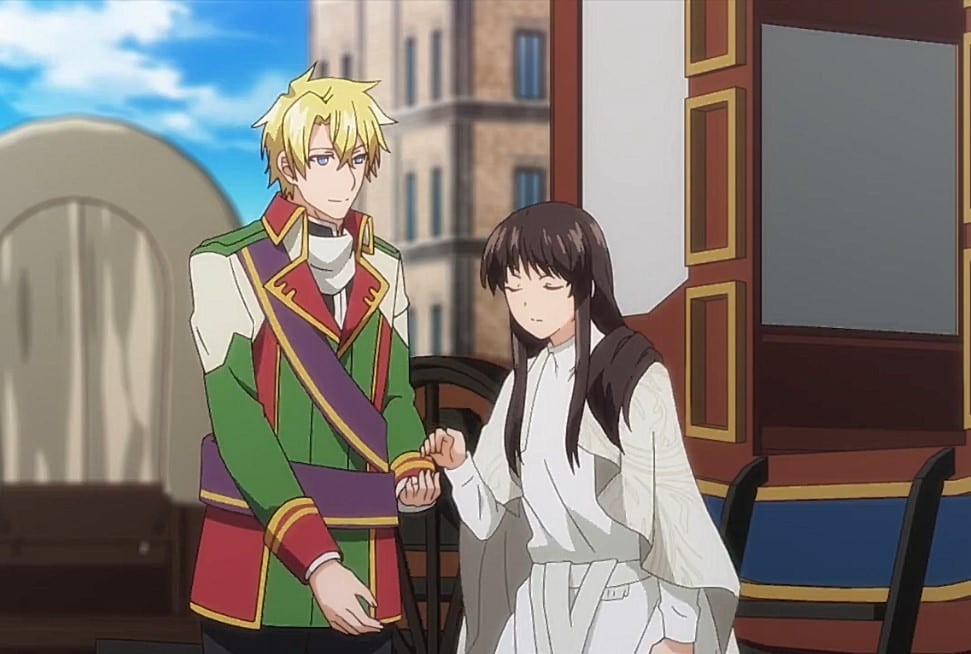 Sei comments that she saw a few herbs for the first time as she travels into Daniel’s domain. Daniel reveals that his kingdom takes great pride in being the number one producer of spices in the kingdom. The two talked about the crating of potion that Sei enjoys. Sei reveals that she makes plenty of tonic for the Palace’s Medical Floral Research Institute. Daniel comments that they have the Best in the entire domain, and they arrange for Sei to meet with Best. Later, Albert escorts Sei to her room.

Sei realizes that she forgot to ask about monster attacks after getting distracted. Abert told Sei not to worry since the guards have told him everything about monster attacks. Sei decided to rest and said they would have an expedition the next day. Albert said to her that they need to spend a few days scouting out the area. Sei wonders if she will meet the master alchemist. Albert shocks Sei by saying that he forgot to say something important. Sei asks him what it is, and he replies that Sei loo pretty in that robe.

Albert said that Sei’s beauty nearly took his breath away, and Sei thanks him while running away. Albert wonders why Sei ran away from compliments. The next day Daniel escorts Sei to Corina. Corina and Sei started to work on medicinal herbs. Leonhard, the captain of the mercenary, arrives, and Sei helps him. Later, Corina reports to Daniel that Sei possesses the powers of Saint. Corina thinks that Sei will produce Blessing if they show her a magical diary. Sei learned about Great Alchemist Saint and Golden Magical Blessing.