The Rookie Season 4: What We Know So Far 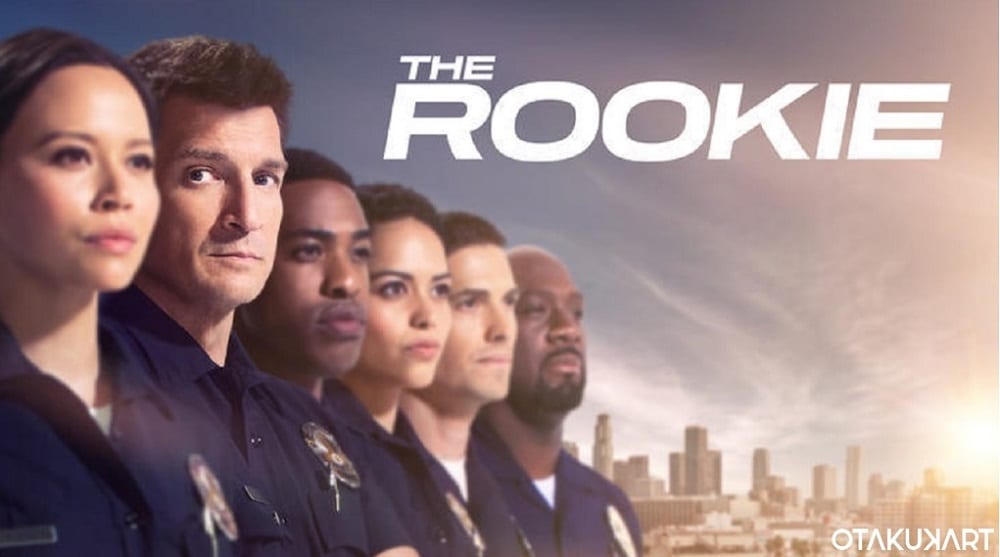 The Rookie Season 4 is coming out soon and here's all you need to know about it.

‘The Rookie’, the American police procedural wrapped up its third season recently i.e. on 16th May 2021. Created by Alexi Hawley, the series premiered its first pilot episode on 16th October 2018. It recorded an outstanding 5.43 million viewers on its premiere from the US itself. It even amassed highly positive ratings from the audience and even the critics. They gave Nathan Fillion a special mention saying that the viewers must watch the show as he has done an excellent job. Furthermore, it currently has an average rating of 8.5/10 on TV.com and an average score of 93% on Rotten Tomatoes. Consequently, the show had been renewed over and over by ABC for a new season. So, let us see further in the article everything about the forthcoming fourth season of the crime drama.

Everything you need to know about ‘The Rookie’:

‘The Rookie’ is an American TV show that Alexi Hawley had created for ABC. It is based on the genre of crime, action, and police procedural. The storyline centers around John Nolan, a 45-year-old freshly divorced man who resides in Pennsylvania. The series has aired 52 episodes by far in the three seasons that it has released as of now. It used to air an episode every week on Sunday on ABC where each episode had a runtime of nearly 42 minutes. Nathan Fillion, Alexi Hawley, Bill Norcross, Mark Gordon, Jon Steinberg, Liz Friedlander, and Michelle Chapman are the executive producers. Perfectman Pictures and Entertainment One are the production companies that had funded the show while Entertainment One and Disney-ABC Domestic Television acted as its distributors. Anyhow, let us now have a look at the cast for the upcoming fourth season of the series ‘The Rookie’.

Nathan Fillion as John Nolan: Nathan Fillion is a Canadian-American actor who is popular for being a part of movies and shows like “Firefly”, “Castle”, and “Two Guys and a Girl”.

Alyssa Diaz as Angela Lopez: Alyssa Diaz is an American actress. Some of her best works include “As the World Turns”, “Ray Donovan”, and “Zoo”.

Richard T. Jones as Wade Grey: Richard T. Jones is an American actor who is very well known for his works in “The Wood”, “Full Court Miracle”, and “Wisdom of the Crowd”.

Melissa O’Neil as Lucy Chen: Melissa O’Neil is a Canadian actress and singer. Some of her best works include “Dark Matter”, “Rogue”, and “A Simple Favor”.

Eric Winter as Tim Bradford: Eric Winter is an American former fashion, author, and actor who is popular for being a part of films and series like “The Mentalist”, “The Ugly Truth”, and “Witches of East End”.

Mekia Cox as Nyla Harper: Mekia Cox is an American dancer and actress. Some of her best works include “Fame”, “Once Upon a Time”, and “Undercovers”.

What will The Rookie Season 4 be about?

There is not much to tell about The Rookie Season 4 as the production or the cast has not revealed much about it. In the third season, we got to see Nolan in conflict with Henry, his son. They were in disagreement as he had decided to discontinue college. However, Nolan ultimately accepted it and decided to move on. At the end of season 3, LAPD had their eyes on a drug corporate. Moreover, Lucy managed to obtain a place as an undercover agent sanctioned to be a part of the operation. As a result, in the fourth season, you can expect to see how Lucy does in her new role. Apart from this, Nolan’s romantic life may also get a little spiced up. Apart from all this, we might see Lopez and Wes balance to the new phase in life. The production has not released a trailer for The Rookie Season 4 as of now. However, you can watch an official trailer that they had released for the third season. It has already crossed 169k views and you can click to watch it below.

As of now, the production has not stated anything about the release date of The Rookie Season 4. However, ABC did announce on 14th May 2021 that they had given the crime drama series a green light for its fourth season. Despite receiving criticism, Season 3 managed to draw 9.80 million viewers which indicated that the viewership had grown with this season. This resulted in the channel renewing the series for a new part. Anyhow, the show has not yet revealed any release dates. Nevertheless, considering that Season 3 was delayed due to the COVID-19 pandemic, we can surely say that the fans won’t have to wait that long for a new season. So, you can expect The Rookie Season 4 to release in mid or late 2022. Until then, you can binge on the first three seasons of the show on the official website of ABC or its app.

Also Read: What To Expect From Death And Nightingales Episode 2?

City on a Hill Season 3: Everything You Need To Know

Top 10 War Movies of All Time You Must Watch