The Korean movie 'Happy New Year' is coming this December 2021 to make your year-end special. 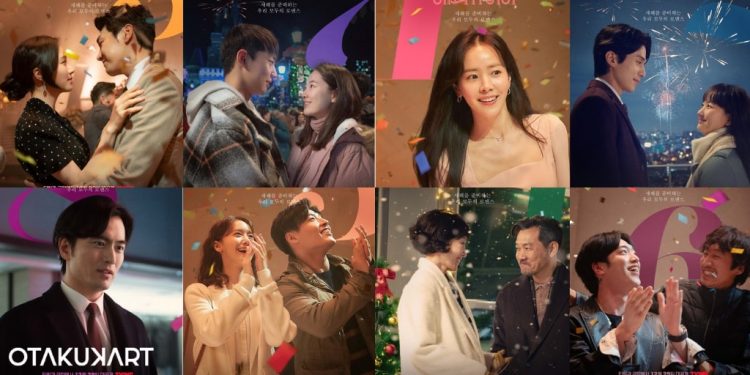 The Korean movie ‘Happy New Year,’ also known as A Year-End Medly, has announced its release date. Finally, fans can welcome the most anticipated cast such as Han Ji Min, Lee Dong Wook, Kang Ha Neul, Won Jin Ah, Im Yoona, and many more this December 2021. Due to its captivating casting, Happy New Year has been the center of attention. The film is the upcoming TVING’s year-end project which will narrate the stories of people that work at Hotel Emross around the new year and the guests who stay there!

The film ‘A Year-End Medly’ is directed by Kwak Jae Yong, who previously worked on various masterpieces, including My Sassy Girl, The Classis, Windstruck, Time Renegades, Daisy, and many more. Therefore, it will be exciting to watch his year-end project, which has starred various well-known actors.

The Korean film ‘Happy New Year’ will be released on 29 December 2021 on TVING. TVING is an online streaming platform accessible only in South Korea. It will run for 2 hr 17 min. ‘A Year-End Medley’ revolves around the people who work at Hotel Emross. It is a romantic comedy narrating different stories of people who meet at Hotel Emross during the new year. Each tale will reveal different emotions blended with those memories, creating nostalgia while building friendship.

On 23 December 2021, TVING dropped a new teaser of the ‘Happy New Year’ film. It shows a glimpse of the romance comedy tale of people working at Hotel Emross and the guests staying there during the new year holidays.

Check out the teaser of ‘Happy New Year’ aka ‘A Year-End Medley’ below.