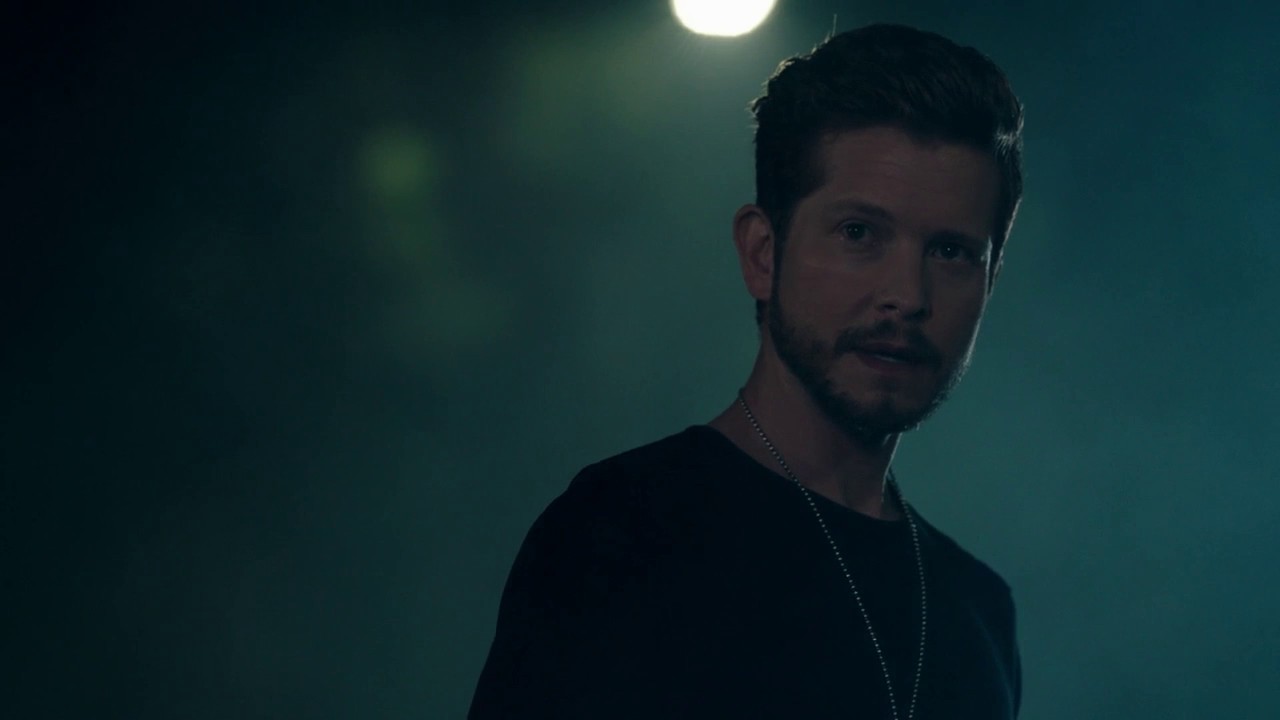 ‘The Resident’ Season 5 Episode 5 may see as a new start for Conrad. He believed there was some conspiracy behind Nic’s death, but it’s high time he gave up after running some tests recently. So it’s time he looks forward to raising Gigi rather than the past. So it’s Halloween, and it’s the best time he has right now. Unless some patients turn in. Apart from him, some are still working and meeting unusual patients on Halloween night. Right from witches to people believing in ghosts. So it’s going to be a night to look at.

Apart from all of this, the recent fourth was quite a tense episode. Following the death of Nic, not everything was normal at the hospital. Two of the best doctors weren’t there. Leela had troubles working with Dr. Kranepool, who might be an icon but not quite a friendly colleague. Then there is AJ wanting to help Trevor only to realize he cants sometimes. Towards the end, every character had to come to a decision that needed to face the harsh truth in some cases unless someone came to have their back. Here is a look at what went down in the show recently before we move to ‘The Resident’ Season 5 Episode 5.

Previously on ‘The Resident’ Season 5, we opened with Conrad, still haunted by the death of Nic. He still visits the crash site and feels something is not fitting in with her death. For this, he ruled out all the possible reasons the accident happened, and still, it doesn’t make sense. Meanwhile, during surgery, Leela finds herself in an argument with Doctor Kranepool. Out on the road, AJ and Trevor find themselves in cop trouble. They just stop them for AJ’s backlight of the car. Trevor tries to make this an issue about racism. Amidst this, a scooter comes crashing into a cop, leading AJ to take charge. 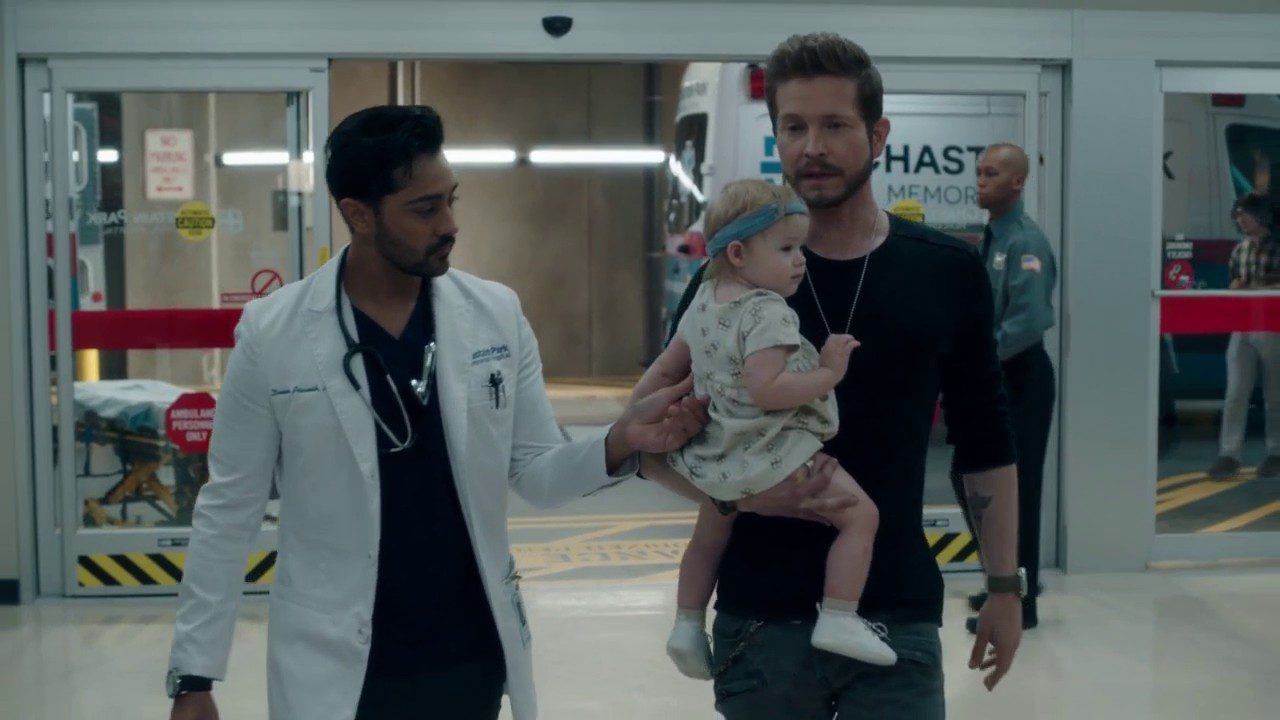 From ‘The Resident’ Season 5 Episode 4 Featuring Conrad, Devon, and Gigi

When Conrad urges to go inside of Nic’s case, Billie apologizes, saying brain was not probably the reason she died. Instead, check her health growing up. Meanwhile, AJ starts operating on the cop and is angry with Trevor being careless outside before ordering him to go to Admin. Meanwhile, digging deep into Nic’s medical history lets Conrad know that she may have had a heart condition in the past. There were times she passed out at school.

As all of this was going on, Leela found herself in constant worry after her experiencing working with Doctor Kranepool. The one where he almost killed someone. She shared it with a few of her friends. Billie even offered to join her, much to her denial. The second time in the surgery, Kranepool continues to kind of bully her. Randolph was seeing all of this and also noted how Kranepool messed up the surgery. Thus leading him to intervene. After this event, Randolph sees him as a liability but can’t fire him yet. Kit reminds him about the need for documentation to move with it. 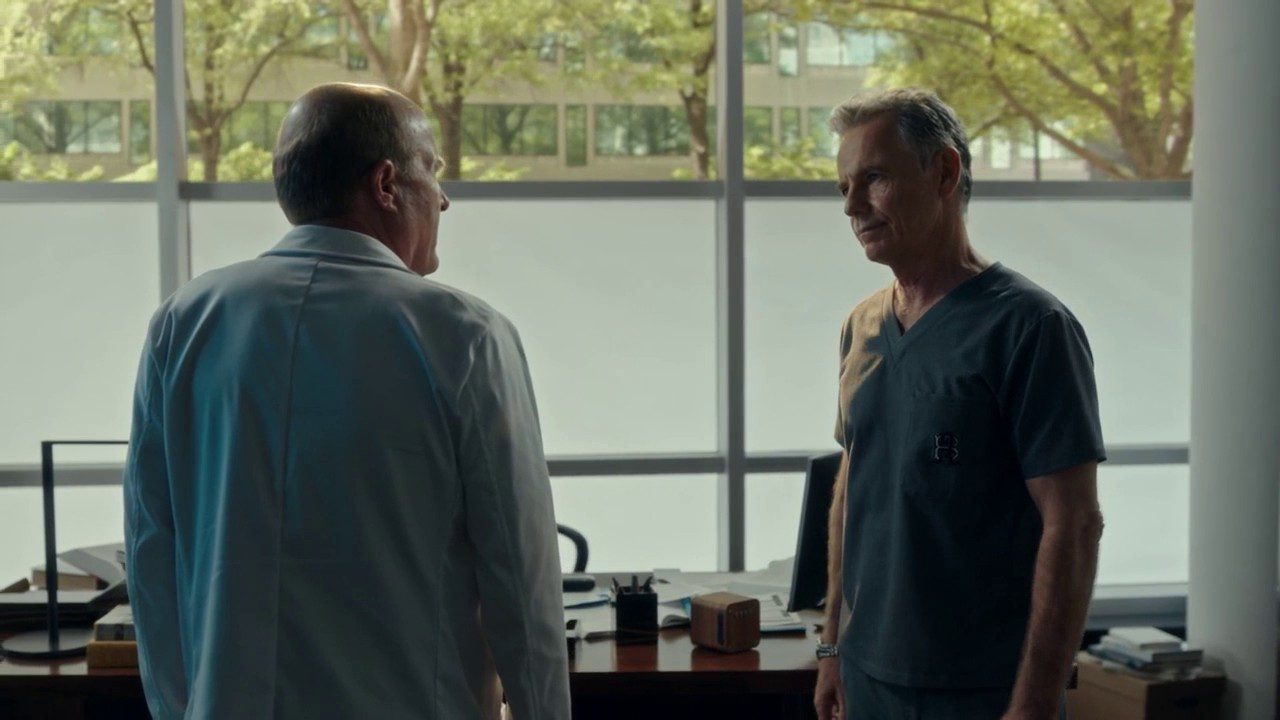 From ‘The Resident’ Season 5 Episode 4 Featuring Randolph and Kranepool

Devon later comes ahead with the theory of the genetic form of sudden cardiac failure. He asks Conrad to let him test Gigi. Randolph later teaches Kranepool a lesson on a game of tennis. Billie lets AJ know about his and Trevor’s dark past and asks him to stay away. The episode closes with Gigi’s test coming negative. The meaning of heart isn’t the reason Nic died. Conrad goes home to remove all the stuff he was investigating. Lastly, Kranepool retires once and for all.

‘The Resident’ Season 5 Episode 5 is releasing on 19 October 2021. It is titled “The Thinnest Veil”. The official synopsis of the episode says it’s Halloween. Celebrations are all out until they turn into emergencies. Conrad is required to send a group of people dressed as witches into ER. He may have to leave Gigi alone on this holiday. Meanwhile, there are some superstitions and ghost stories surrounding the facility as well.

So here is how it goes. There is a patient who approaches Devon at the hospital. He believes he is haunted by Ghosts. We wonder what solution Dr. Devon has for him. Probably to the Psychiatrist Ward. Lastly, Bell picks up a hitchhiker. The only thing is he is not who he says he is, and Bell may find himself in danger. All in ‘The Resident’ Season 5 Episode 5.

‘The Resident’ Season 5 Episode 5: Where to Watch