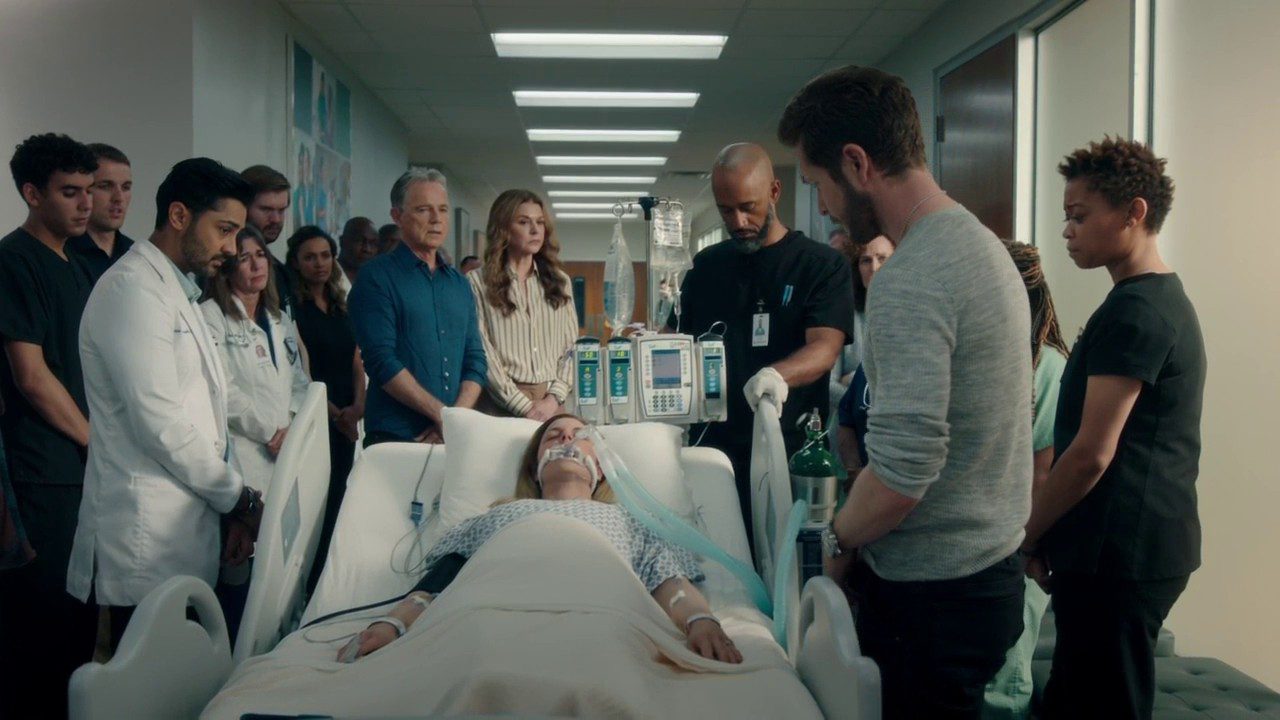 From The Resident Season 5 Episode 3

The Resident Season 5 Episode 4 sees Conrad coping up with the death of his wife, Nic. The thing is, he is visiting the accident time and again and believes there is a bigger conspiracy behind it. Is it, though? Also, someone at the hospital is not quite fit for the place, as Leela observes. So anyway, recently on the show, Conrad followed his way up to the hospital to see his wife coming from an accident in a helicopter. There is severe damage in the brain, and Conrad needs to come to face the harsh truth.

It was not just Conrad, as the entire hospital staff was worried about Nic now. She has always been there for them through life and death and has often helped them in severe conditions. Watching her in the same makes everyone want to be there for help. But sometimes, people have to face the truth no matter how hard it is, as Devon conducts the last examination on Nic. Bad news aside, good news comes in for a former patient as well who will be receiving a transplant to live a happy life again. Here is a complete breakdown of the heart-breaking episode of The Resident and what we can expect from Season 5 Episode 4.

Previously on The Resident Season 5, we opened up with Conrad receiving the bad news about Nic’s accident. He chases the helicopter taking her to Chastain Park. As the medic inside the helicopter has a hard time moving Nic, Conrad forces his way in for helping and to see his wife. Looking at the x-rays of the brain, it’s clear that there is huge damage. But Conrad, at this point, is not willing to give up on the situation. At the same time, a former patient from the Covid times, Gabe Sandoval, returns as he is having a breathing problem again. 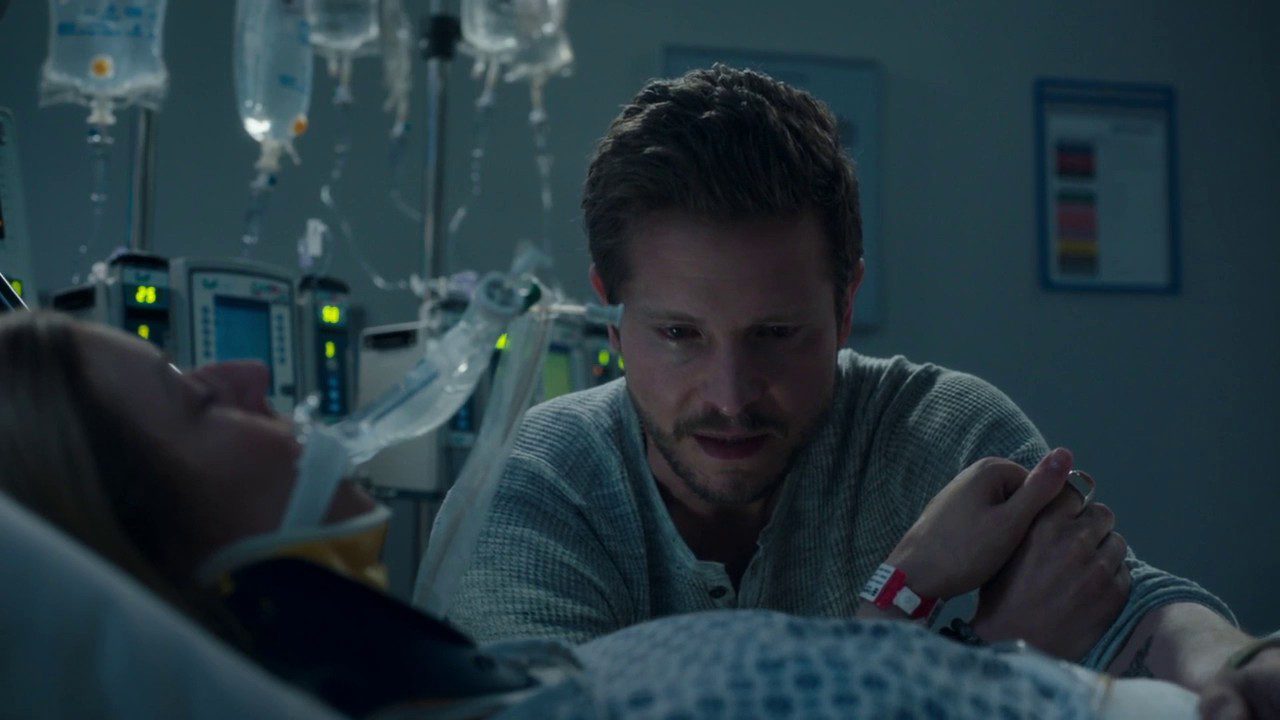 From The Resident Season 5 Episode 3 Featuring Conrad, and Nic

Devon is all ready to help Conrad despite suffering from an injury recently. Conrad refers to another patient who survived, but Devon points the injuries are quite different. Unfortunately, Billie reveals one way or another they need to put Nic in a medically induced coma as the pressure in the head is building up. Post the same, Conrad connects with Mr. Sandoval’s wife, Cherry, as both of them are in the same condition at this point with the love of their life’s lives on the line.

As the tensions build up, Marshal with Gigi and Kyle also make it up to the hospital. Billie, on the other hand, tells Conrad about the ventricular compression in Nic’s brain, which cant be fixed, and she cant recover. She is probably brian dead, and only an examination could confirm that. Devon takes the responsibility of performing the test.

Meanwhile, back to Mr. Gabe Sandoval, he continues to deny more surgeries and tubes. He just begs his wife, Cherry, to let him go. This leads to a fight between them as Cherry walks away. Devon starts working on the examination of Nic. Kyle tries to interrupt it, and unfortunately, Devon has to break it to Kyle that his daughter is brain dead. 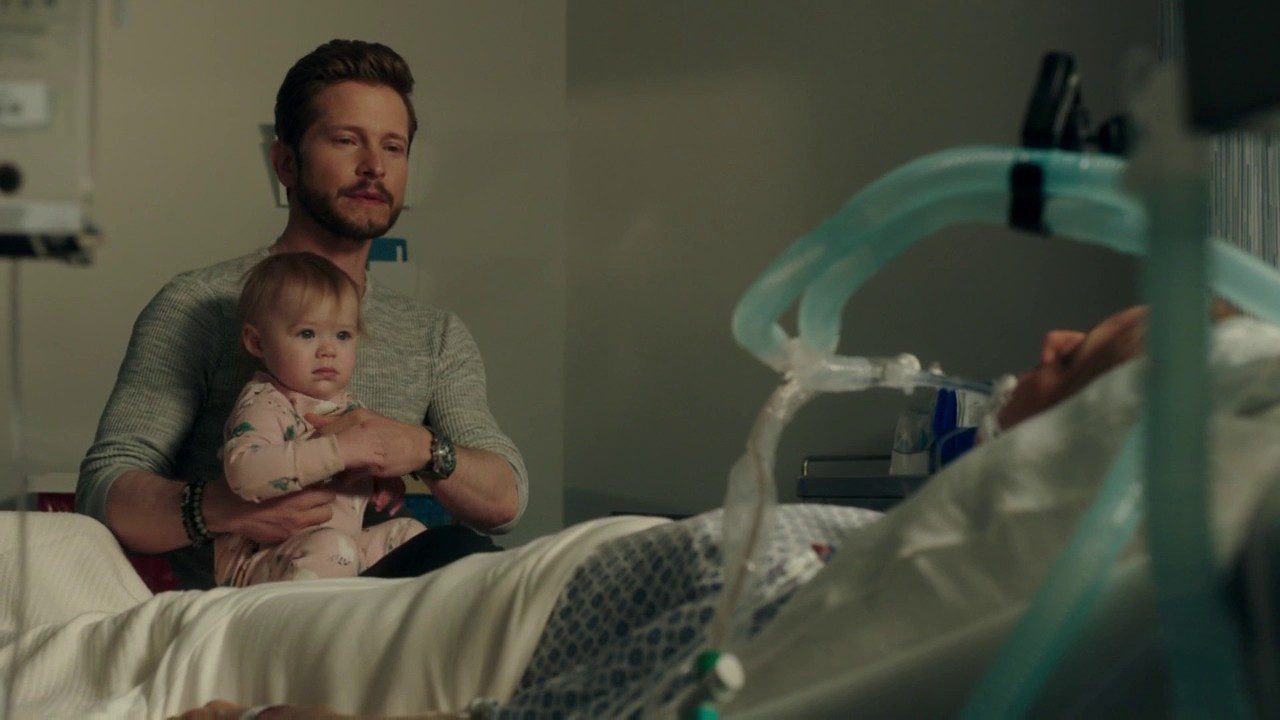 From The Resident Season 5 Episode 3 Featuring Conrad, Gigi and Nic

The episode closes with one good news and one bad news. Gabe Sandoval can be provided with a trachea replacement surgery. This may allow him to bid adieu to all his breathing problems altogether. Gabe denies it at first but gets emotional once AJ talks to him and agrees to do so. Coming to bad news, Conrad and Gigi say their final goodbyes to Nic. The entire hospital staff stands in the hallway today as they have come to give their final goodbyes to Nic and remember all the times she was there for them. The memories of Nic with her friends at the hospital flash as she is being taken to Surgical Suites.

The Resident Season 5 Episode 4 is releasing on 12 October 2021. It is titled, “Now What?”. The official synopsis of the episode says Conrad will be suffering from losing Nic and has to channel his way to hold it all together. He continues to look for answers while he has to take care of Gigi on his own as well. Conrad believes something is wrong with Nic’s death as he continues to investigate the accident site. Conrad’s friends, on the other hand, believe he is looking for the wrong things.

Apart from all of this, we may also see Raptor finding himself in the clutches of cops for some reason. Leela, on the other hand, notices a surgeon going all wrong at the hospital. Also, this same surgeon was once Bill’s mentor. Who is he, and what problems he may bring? All in The Resident Season 5 Episode 4.