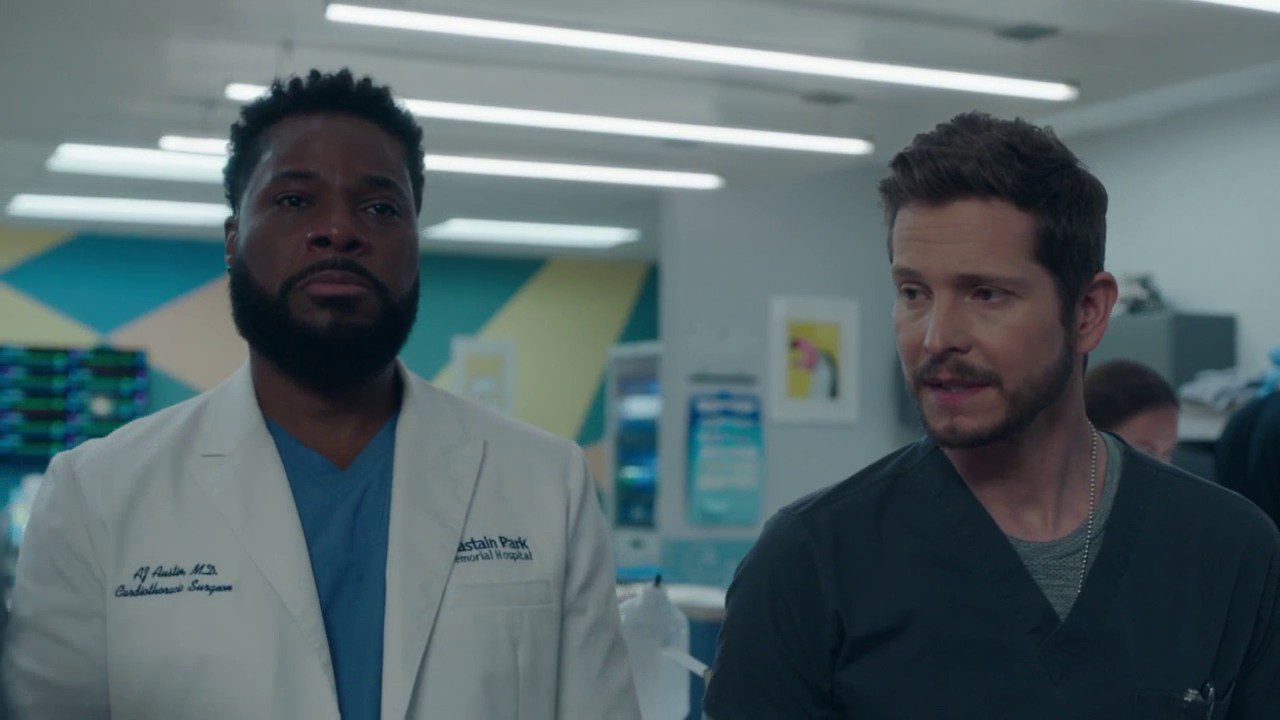 From The Resident Season 5 Episode 1 Featuring AJ and Conrad

The Resident Season 5 Episode 2 will see a new face joining Chastain. At the same time, the doctors work to help one of their own. The fifth season of the show has been quite a rocky start. We are hoping for new beginnings and settling down. Conrad was busy becoming a super dad as he reaches Chastain. Also, things were quite well until someone hacked into the systems of the facility and they were under a ransomware attack. This led to delay in the treatment of multiple critical patients and many lives were on the line.

For the very first time,  AJ who always told his team to not get attached to patients saw himself connecting to one. He wasn’t the only one as everyone around was devasted to see a 14-year-old kid on the verge of almost dying. Conrad can relate to the condition of her father who raised her as he watched him collapsing right in front of him. So was Chastain able to counter the ransom attack and did they manage to save the kid and father at the same time? Let’s find out.

On the premiere of The Resident Season 4, we open with Conrad taking super care of his daughter all alone as Nicole is away. Randolph Bell becomes a top earner at the hospital as he is doing most of the surgeries at the facility. The good news receives a pause when ransomware attacks the systems at the hospital. Feldman is looking for all the help as there are several patients coming in. Even Conrad rushes in with the situation. The doctors try to get everyone to help but the systems are not reaching the same. That’s when Kitt comes revealing what went down and the demand is $5 million. As the board warns them to fix it or receive firing, the television sees a timer set. 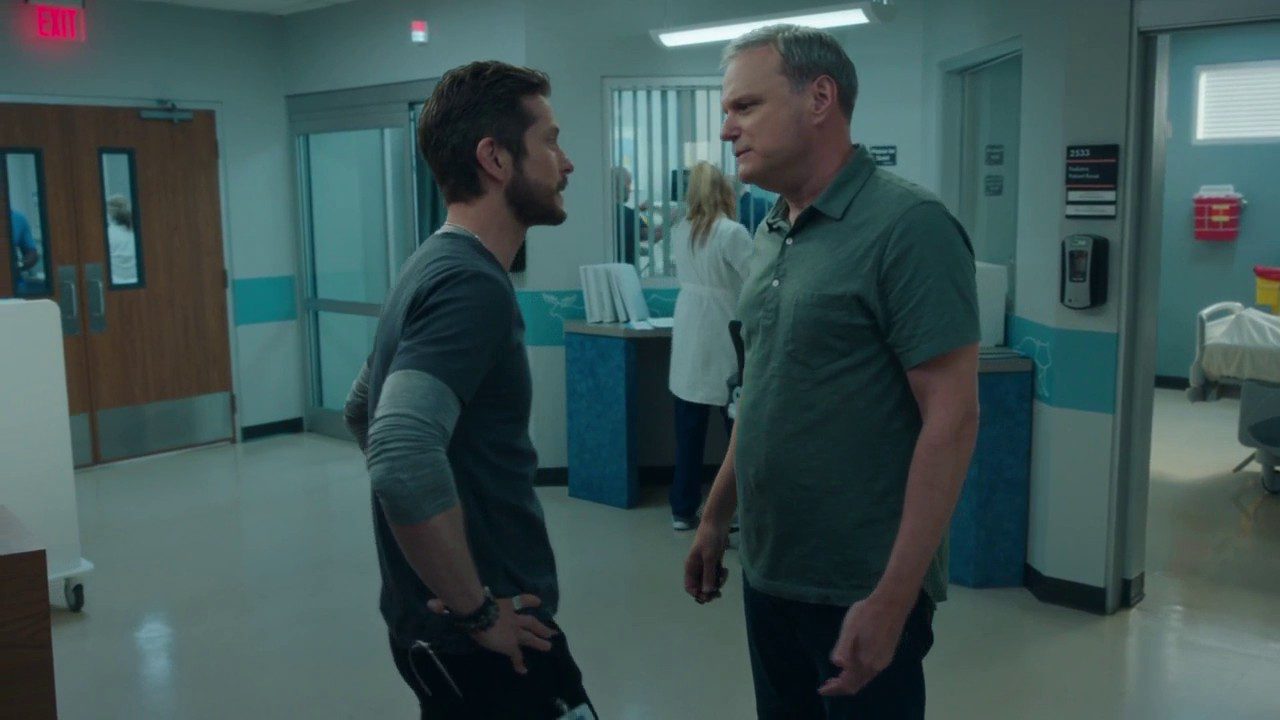 Conrad finds a 14-year-old kid named Esty’s situation much like him being. She is a hero for saving a blind man. Watching his father go down reminds him of him being a father. That’s when a call from daycare brings Conrad back to Gigi. Even the imaging seems to be under attack resulting in Conrad’s 14-year-old patient not going through it well. When Kitt ends up insulting the attackers, they put patient’s lives on the line asking for $10 million now.

Watching Esty almost die certainly stuck the emotional chords of many. Conrad went to see his daughter again while Leela broke down in the arms of Devon. As the team prepares Esty to get blood, her father collapses. Just when Esty’s father wakes up later, he starts having a heart attack. Devon in the meantime has contacted someone who could help them with the attack. He brings her amidst the conversation of the board about giving up the money. Dr. Nolan brings Winston, the blind patient with a fracture on his arm to the fracture clinic. 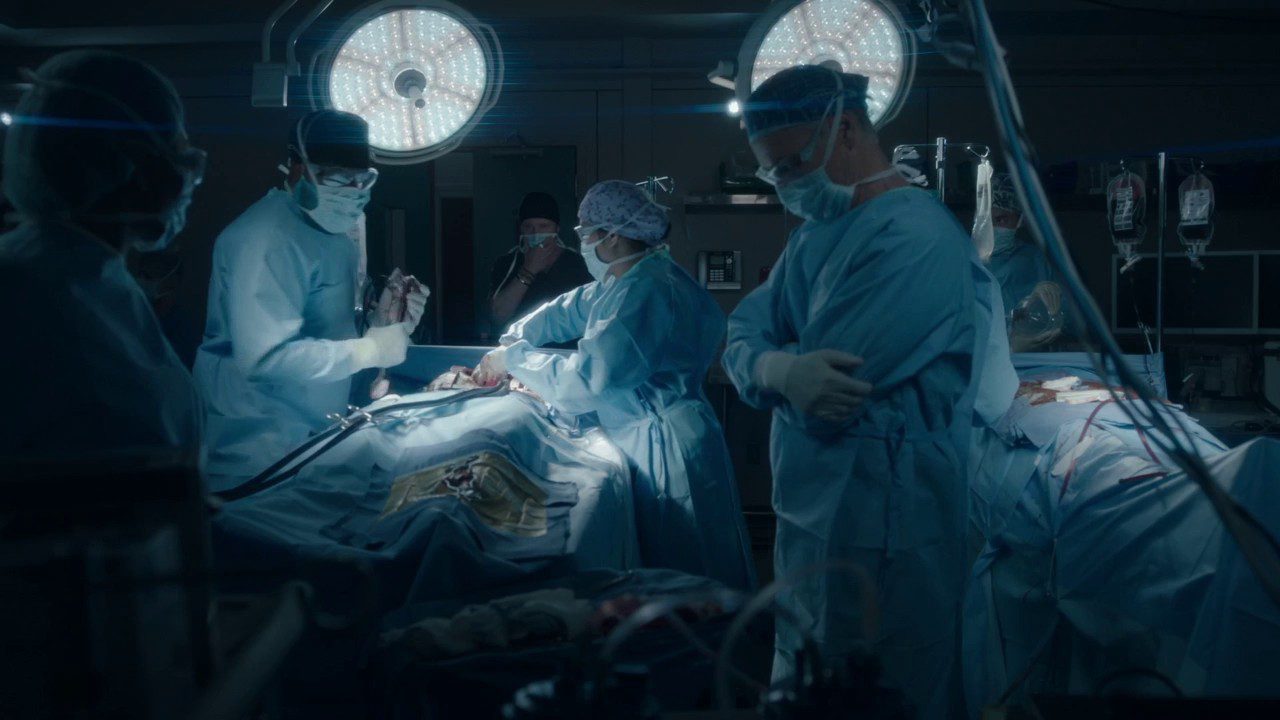 From The Resident Season 5 Episode 1

Things have to start moving fast when Esty starts leaking spinal fluid and her father is in a heart condition. The team couldn’t help the father as he loses his life. Meanwhile, Winston waiting around for his doctor walks into a room full of heat where he can’t breathe anymore. Meanwhile, Devon’s friend finally manage to track the hackers and the FBI was on its way to surprise them. Esty’s father is not able to see her life leaves Conrad heartbroken.

Conrad later reunites with his daughter Gigi and realizes how lucky he is. Devon and Leela plan to move in. The episode closes in with Devon rescuing Winston from the room and Conrad hearing “Da Da” from his daughter to sleep.

The Resident Season 5 Episode 2 is titled, “No Good Deed”. The official synopsis of the episode says a doctor will be found unconscious in an elevator. This leads the doctors at Chastain to rework things and figure out what went down. A new neurosurgeon is joining Chastain and Bell will join Kit to figure out how he/she will fit into Chastain moving on.