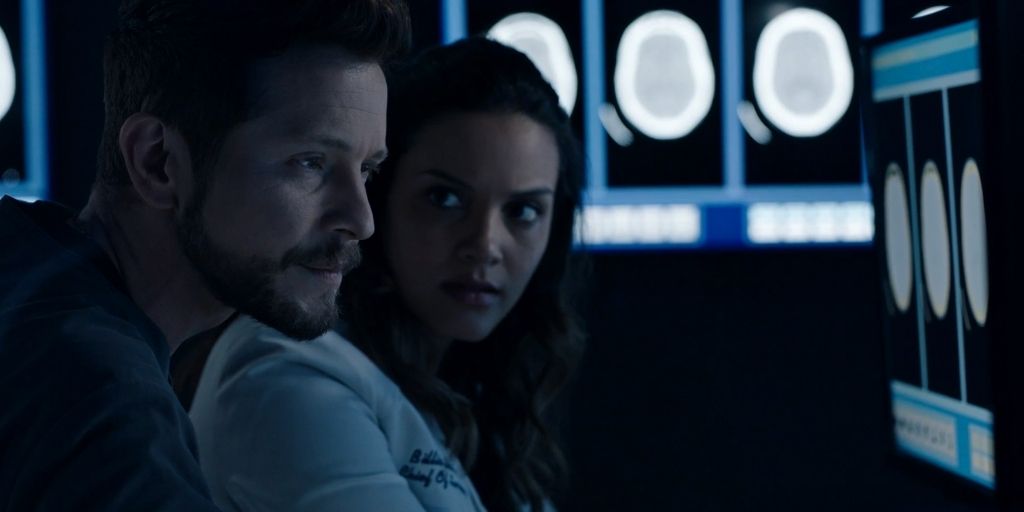 In The Resident Season 5 Episode 18, “Ride or Die,” in the emergency room, a man overdoses. The man’s medicine container is seen by Conrad. It claims that Conrad wrote the prescription, despite the fact that he was never one of Conrad’s patients. The mafia’s medical prescription fraud storyline is crazy! It was just a matter of time before it reappeared, and Episode 18 increased the game with the shady pharmacy and Phoebe’s sad homicide. Cade and Conrad teamed up again, but this time they were at odds. The hour was also rounded out by Zach’s classic intern pranks, Kitbell’s sweetness, and the depressing reality that Carol is nearing the end of her life.

One’s heart just breaks just thinking about Aj. He’s holding it together as best he can, but Carol could leave at any moment, and you can already tell he’ll crack under pressure. This Season, the Resident creators should fuel themselves with our tears! Surprisingly, the hour never mentioned Padma’s lingering inquiry, and AI was too busy with his mother and saving lives to offer a response.

The Resident Season 5 Episode 18 begins with Conrad. He comes into the emergency room and learns that Larry Harley, a 26-year-old guy, overdosed on Zoloft. He had a medication on him, written by Conrad. Conrad doesn’t believe it. It’s a coincidence that this prescription came from the very same pharmacy as last year’s, on 10th street. Conrad rushes over to the pharmacy and informs them of the situation. The pharmacist, Phoebe Moffit, claims that she only fills the prescriptions which come in. He informs her that fake prescriptions are being written and that people are being harmed as a result. She asks him to hold his breath while she goes to get some records. 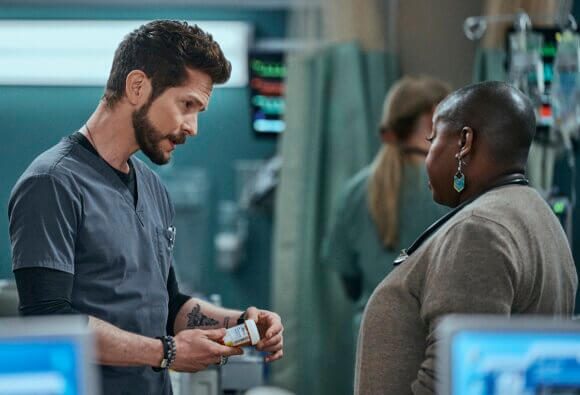 She’s in the backroom of the pharmacy, reading through a file, when a man steps in and asks exactly what she’s doing and if the man in the front is interrogating her. She declined, stating that his credit card was not working and that she needed to check his files. Meanwhile, Conrad receives a call requesting his assistance with a multi-vehicle accident. Two cars were racing down the street when they crashed with a store. Maximo, one of several drivers, has a pole stuck in his thigh and another stuck in his stomach. Conrad informs the on-scene emergency crew that he needs to be rescued because he is bleeding heavily. There was also a wounded mother in the store.

When AJ arrives in the emergency room to assist, he receives a message from Conrad. Alicia arrives with her mother, who has also been injured at the store. They’ve removed all pressure now that AJ is there. Devon is also attempting to assist her. When Alicia asks questions about her mother’s condition, Devon informs her that her mother has suffered major heart injuries, but she still has a chance. Alicia’s father is present, and he says that the store was her idea after they left China. When Maximo’s parents enter the room, Alicia and her dad shout at them for gifting their son a racing automobile that could kill her mother. Maximo’s mother informs his dad that this is his fault after Alicia leaves with her dad.

Carol’s Cancer Has Spread To Her Brain & Chest

A woman arrives at the ER after being found unconscious in her building. Conrad approaches and recognizes Phoebe, the pharmacist. Conrad is unable to awake her from her sleep. She is admitted to the emergency department with a brain bleed. Her blood test revealed that she had no alcohol in her system. Conrad should not have gone to the drugstore without Cade, Cade warns him. Carol, AJ’s mother, is in the ICU, and Devon has gone to see her. She tells him how her bad days, as well as her great days, are growing worse. This started a few days ago, and she was doing fine before that. Her cancer has grown to her brain & chest wall, according to testing. 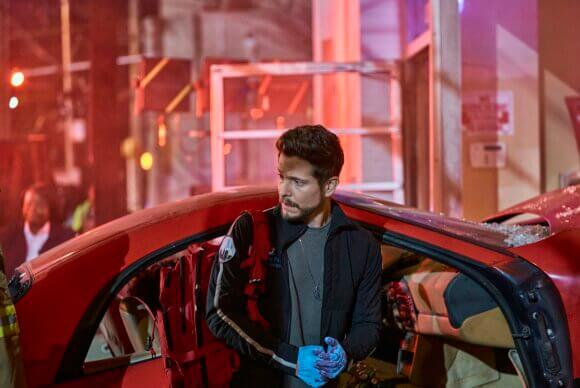 Still from The Resident Season 5.

Devon offers to join AJ in informing his mother, but he denies it. AJ informs her that her cancer has grown. AJ’s mother, like her, is heartbroken. He informs her that she only has a few months, and she tells him they were expecting it. She wishes to leave the hospital as soon as possible and follow him home. He tells her they need to talk about hospice, which she refuses because it means the end. He informs her that is not the case; hospice nurses are better at managing pain than many doctors. He tells her that she will not be required to return to the hospital.

Conrad is with Phoebe, who is slowly waking up. Cade informs her that she is in the hospital after a fall. She recalls what happened. She begins to have breathing problems all of a sudden. Conrad conducts more tests to figure out what’s wrong with her. Phoebe’s kidneys are failing, and they’re racing the clock. Conrad comes up with the idea of using a blacklight to examine her. There was stuff around her mouth & fingers, and her urine was bright, meaning somebody had tried to poison her.

Now that he knows Phoebe has been poisoned, Conrad has developed an antidote. He enters her room and notices a man approaching; he approaches him, but the man immediately exits; he was the one in the pharmacy’s filing cabinet with Phoebe. Phoebe begins to go into cardiovascular shock after the guy disconnects her heart monitor. They couldn’t bring her back because she was gone. Phoebe was having a wire and was being blackmailed. Therefore there was a detective there. Conrad thinks they got a good look at the murderer, but the detective is more concerned about the killer getting a good look at them. Conrad assures Cade that they have each other’s backs and that they are in this together. 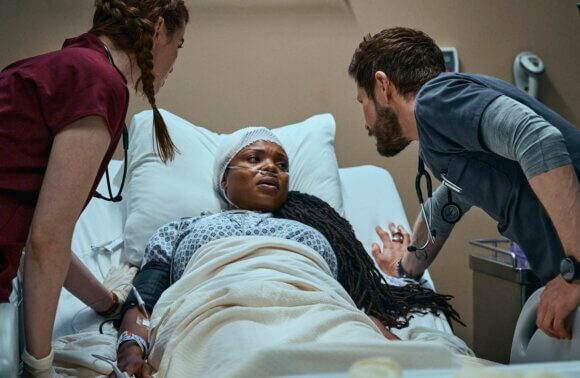 The Resident Season 5 Episode 18 – Phoebe has been poisoned

Maximo was, in fact, driving a Porsche in the accident. Randolph and Kit examine his x-rays, which reveal an open right femur fracture as well as bilateral fractures. Kit was concerned about Randolph and informed him that she had the authority to call in some other surgeon. He assures her that he is okay and that the steroids are helping him with his Illness.

Maximo isn’t doing well in operation, but they are able to keep him stable. Meanwhile, AJ has a run-in with a resident who falls over tubes within Alicia’s mother, forcing her back into surgery. When the resident confronts Alicia regarding her mother, he informs her that there has been a mishap, that there is a hole in her heart, that she is currently undergoing surgery, and that it is his fault. Alicia claims that she should have been the one who was injured at the store. Maximo’s father is crying. He says he grew up poor but wanted to provide everything for his son. When everything is finished, and everyone is okay, he promises Alicia’s husband that they will help them rebuild their lives. 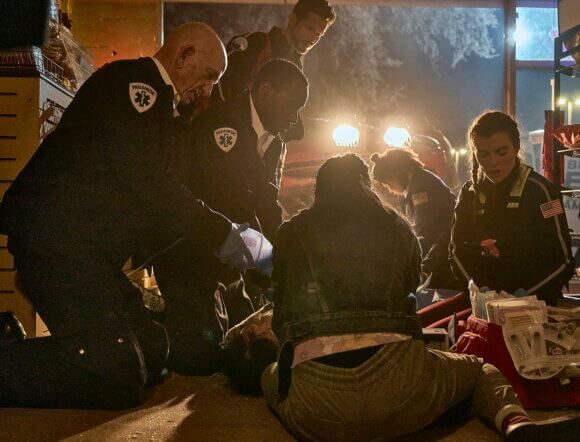 Alicia’s mum is doing well after undergoing surgery. Maximo’s legs have been fixed, and he might be able to walk again in a few weeks. He’s in recovery and admits to his parents that he’s embarrassed. His dad tells him how he won’t be driving for a long period of time and that he is embarrassed by himself for putting him behind the wheel. They will also accept responsibility and assist Alicia’s family in reopening their store. When AJ returns home with his mother, his hospice nurse greets her, and Carol seems to like her right away.

What Will Happen In The Resident Season 5 Episode 19?

So, where shall we begin? One simple basis is to consider who won’t be around Chastain for a considerable part of the upcoming events: AJ. He’s spent a lot of this Season having a hard time figuring out how to provide his mother with the best end-of-life care possible. He’ll have to make some difficult decisions in the future episode, and he’ll be off to look after her. It could be one of Malcolm Warner’s biggest stories this Season. Apart from that, you’ll witness the hospital struggle to keep things running without him. The Raptor is such an important part of their work, and while they all realize it, it doesn’t make his absence any easier.

Of course, as we come close to the end of the Season, we expect there will be some major developments! There are still a few episodes left, so there’s no need to be concerned about a final intermission just yet. There’s a decent chance it’ll return for another Season as well.