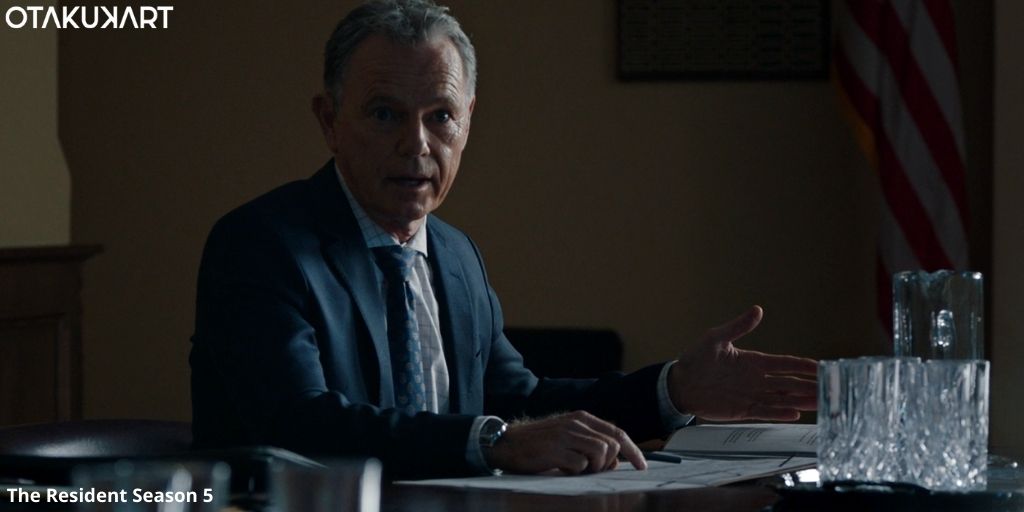 It looks like Bell is going all-in on the members of the board in The Resident Season 5 Episode 16 for ignoring complaints in several cases. Meanwhile, the previous episode gave us a look at a patient dying at the hospital due to an overdose of medical drugs. However, the bigger problem was that the medicinal drug was prescribed by Conrad and he didn’t even know about prescribing one.

On the other hand, Leela was still doubtful about giving some of her eggs to her twin sister Padma so that she could have a child. While Devon started the clinical trial on Conrad’s cancer patient Albert who was very much hopeful of this trial to cure his condition. Although, things started taking a turn for the worse when Albert became sicker and sicker with every other dose in the trial.

The American medical drama airing since it first kicked off on 21st January 2018 has gradually become a popular choice among the viewers of this genre around the world. As a result, the show has been performing really well so far and is now in the fifth season. However, the fans are now waiting to watch The Resident Season 5 Episode 16. But first, let us find out what all happened in the previous episode. 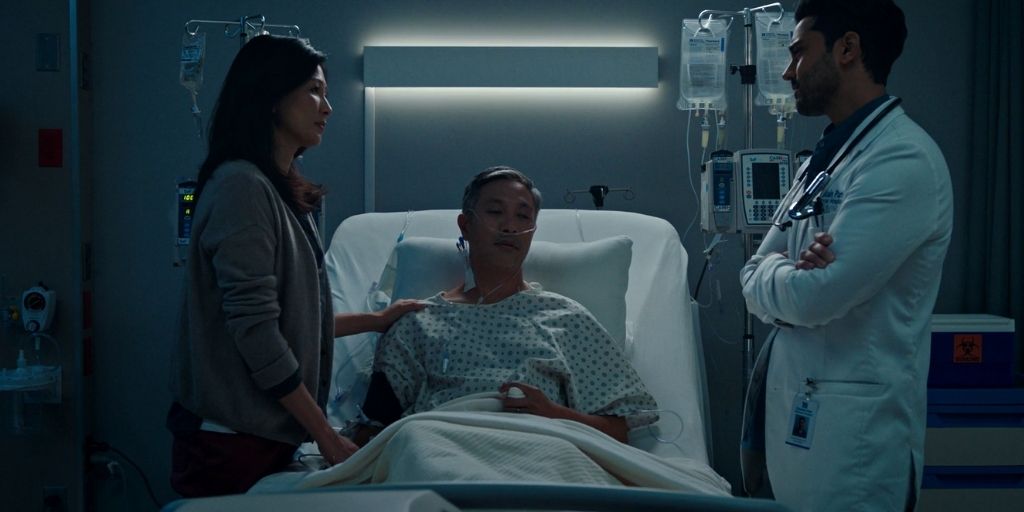 A still from The Resident Season 5 Episode 15

Episode 15 of The Resident Season 5 came out on 8th March 2022 and was titled “In For A Penny”. The episode saw Conrad receiving an emergency text from Dr. Kincaid about a patient dying of an overdose from the medicines he prescribed. This shocked him as he rushed to the hospital and told her that it wasn’t him who had prescribed them. So she asked him to go to the FBI and meet a particular man there whom she knew as it might be a bigger problem than he thinks. Although, Conrad was surprised to hear that she knew someone that well in the FBI and got even more surprised when he saw her there at the meeting.

Eventually, he learned that the Mafia is behind medicinal drug fraud and a lot of clinics are in on it. A security hack at the hospital from the past must have put Conrad’s credentials out which those clinics use to make money out of drug fraud by prescribing them in doctors’ names. Later on, Conrad asked Kincaid to tell him the truth about her past and she revealed that she had been working with the FBI on these types of cases for years now when she first helped them bust a hospital in Chicago. Moreover, she told him to not get attached to her since she doesn’t stay in one place for long and will definitely leave one day.

On the other hand, Leela attended to a patient named Mariana who came in with a collapsed right lung and performed a decompression to fix it. Although, later on, things got serious with Mariana when she coughed blood. Thankfully, Leela figured out a rare condition in her body that was causing her all these issues and now could be fixed with surgery. But AJ and Leela both informed the risks of this surgery to Mariana which was that she could lose her chances of having a child ever. However, Mariana was fine with it as she had discussed it with her husband. 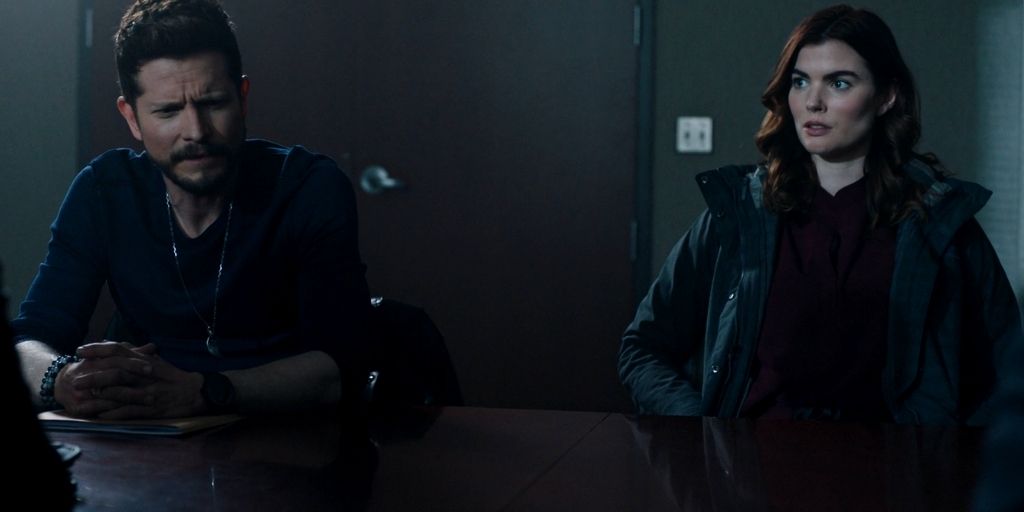 Conrad and Kincaid at the FBI office

Things were not looking so good with Albert who was already 3 doses in on the clinical trial as his condition was getting serious. Moreover, Albert’s wife wasn’t able to trust Devon and wanted Conrad back. Eventually, when Conrad arrived, things have gotten way serious but both the options were risky and tough. If they stopped the treatment, the complete trial would be put on hold. But continuing with another dose might kill Albert.

So they let Albert decide it and he was up for it. Fortunately, his body started to bounce back as the treatment was getting accepted in his body. Later on, Devon and Leela came home after having accomplishments in their work and discussed having a family. Turns out Leela was influenced by her patient Mariana and didn’t want a child, at least for now. So Devon had to support her in her decision as she finally decided to give some of her eggs to her sister Padma.

Also Read: Where Is ‘The Resident’ Filmed? All the Filming Locations

“The Resident Season 5 Episode 16 will release on 29th March 2022 at 8 pm ET on FOX.” Additionally, the episode will be titled “6 Volts”. The episode will see Dr. Bell moving ahead in his mission to hold the members of the board accountable for their negligence in several investigations.