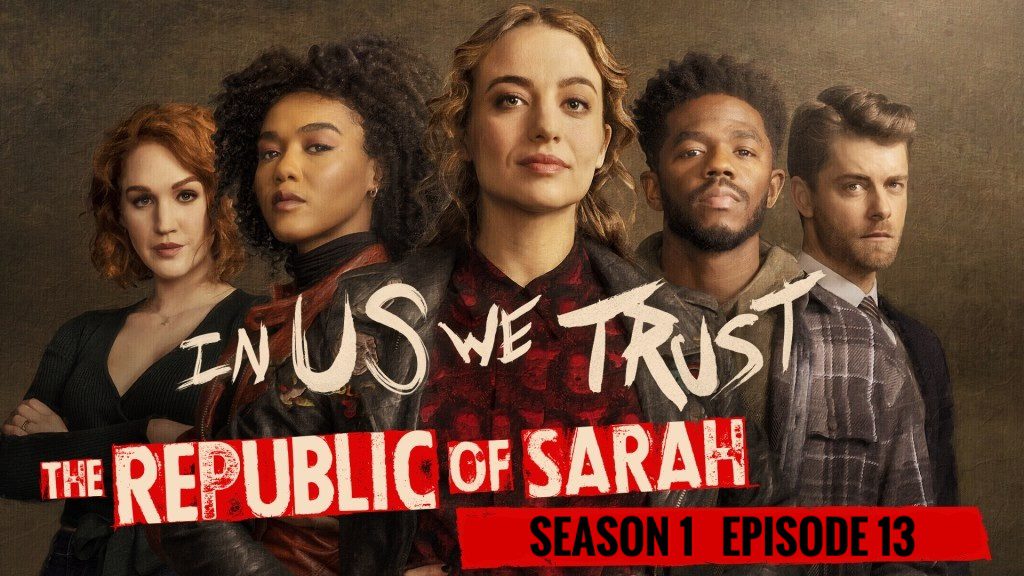 The Republic of Sarah season 1 episode 13 will conclude all the storylines concerning the Greylock town and its citizens. The drama series premiered on The CW on June 14, 2021. Jeffrey Paul King is the creator of the show and also serves as an executive producer. It stars Stella Baker, Luke Mitchell, Megan Follows, Izabella Alvarez, Ian Duff, Hope Lauren, Nia Holloway, Landry Bender, and Forrest Goodluck. Episode 13 is looking like it’s going to be a heck of a blast for a finale. All the storylines are converging as the conclusion approaches. Sarah has decided to go with a merger of a plan to allocate funds. Grover has improved a lot and so have Ellen and Paul. Meanwhile, Sarah finally admitted to Corinne that Danny’s the real father of Josh. There’s a lot of stuff that the final episode of the series will entail.

The Republic of Sarah follows the titular character of Sarah Cooper, a rebellious high school history teacher. When a massive vein of an incredibly valuable material, Coltan, is discovered under her town of Greylock, a giant mining company sets its aim on it to extract the mineral. However, this would essentially remove the town from its existence. Sarah leads the opposition against the company and mining of her town. Her rebellion leads her to recognize a cartographical loophole to declare independence. The town becomes its own country, separate from the US. Now Sarah and the rest of the town must contend with the aftereffects and start a country from scratch. Let’s now delve into the spoilers and date of release for The Republic of Sarah season 1 episode 13. Spoilers ahead! 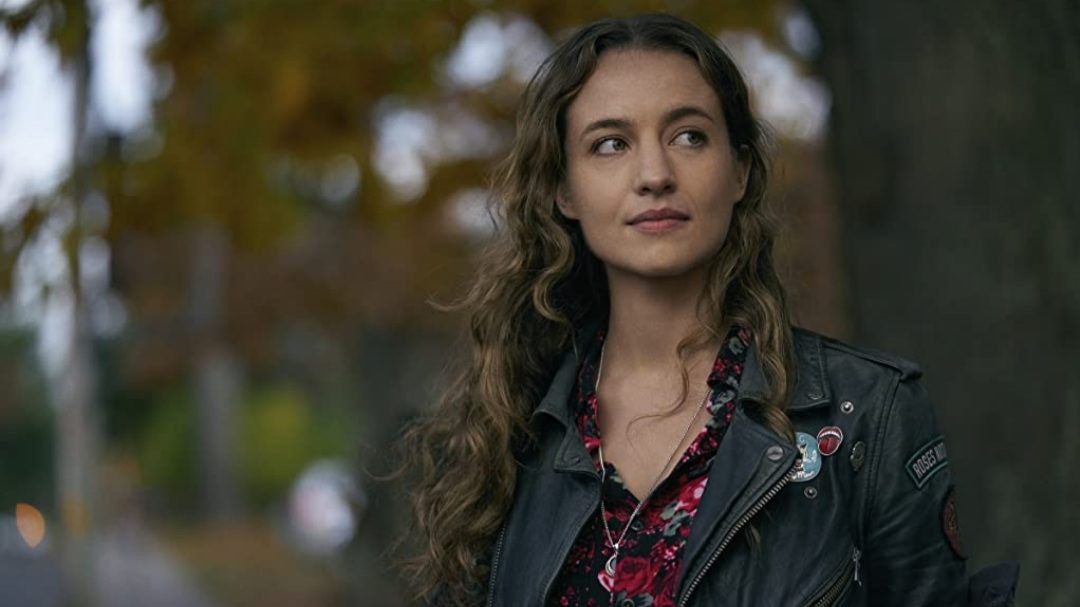 Sarah Cooper/ The Republic of Sarah. Image Credits: The CW.

What Happened in Episode 12?

In episode 12 of The Republic of Sarah, Greylock needs funding for the reparation after the flood. Rumors are that a medical conglomerate is going to buy the senior citizen facility that houses AJ’s father. Meanwhile, Corinne assigns her literature class an independent project. We then move to Ellen and Paul and Ellen blames Paul’s leaving for her alcoholism. Good news for Greylock arrives when the World coltan prices see a sudden spike. This leads to Greylock getting an extra $35 million. However, congress can’t decide whether to spend the surplus on stimulus checks or infrastructure. Corinne meets Sarah to push for funding for the school system. We meet Grover and Tyler and Grover lets the latter borrow Patience’s old movie camera. Elsewhere, Adam and Danny get into a fight and Adam notices Danny’s keychain has the same skeleton light on it as Corinne’s.

Meanwhile, Bella becomes Sarah’s intern. AJ tells Sarah to divert the funding for stimulus checks so she doesn’t have to move. Adam takes Josh and takes off to another country. He also files for divorce and seeks Josh’s full custody. Grover watches Tyler’s film of him and Patience and later gives him the camera, thanking him. Danny comes to check on Corinne and sets her up with a divorce lawyer. At the hearing, Adam’s lawyer goes off on Corinne and she breaks down. Sarah meets Corinne and finally reveals that Danny is Josh’s biological father. Corinne runs out of the building while Sarah discovers that their lapel mics were on this whole time. Now everyone has heard the truth about Sarah, Corinne, and Danny. 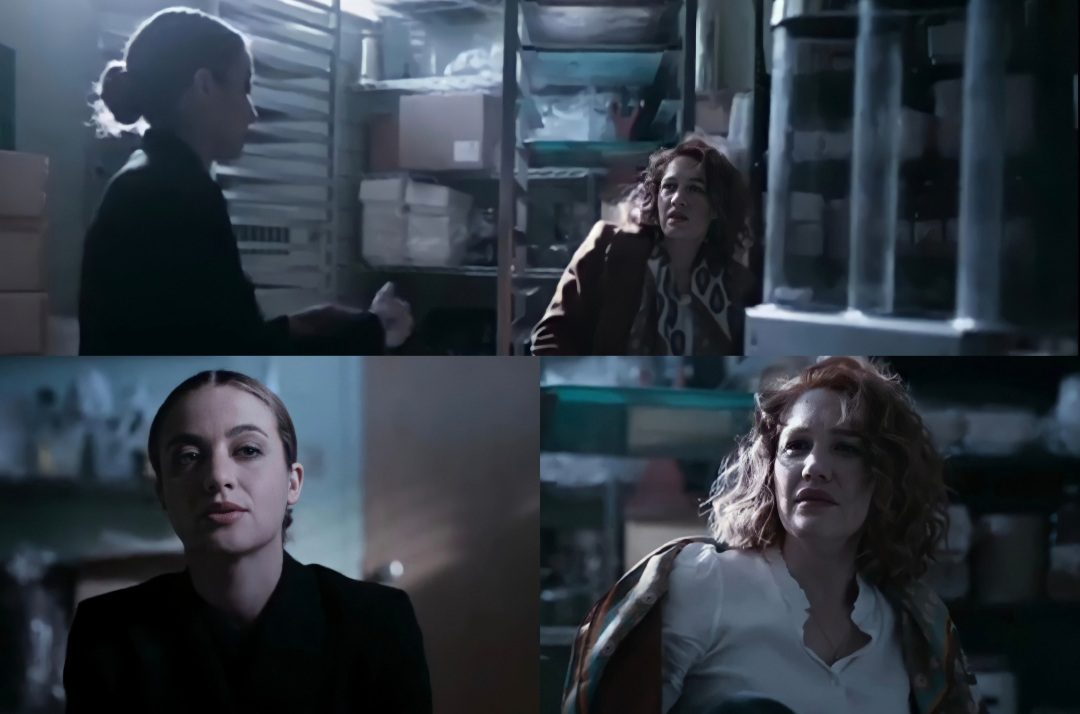 Sarah reveals the truth about Josh’s real father to Corinne.

The Republic of Sarah season 1 episode 13 will be the conclusion of the season as well as the show. According to the official synopsis, the episode will see Sarah being offered the chance for Greylock to receiving international recognition. However, it entails a personal cost in exchange, so Sarah turns to Grover for support. Bella continues to thrive in politics and she tries to convince her dad to make it permanent. Danny, after learning the truth about Josh, is going to offer Corinne legal help. However, Corinne is going to ask for something he wasn’t expecting. Meanwhile, Tyler offers to help a struggling AJ. In return, AJ offers him a gift that will help Tyler with his newfound passion. Catriona McKenzie has directed the episode and Kevin A. Garnett has penned the screenplay.

Has The Republic of Sarah Been Canceled?

Unfortunately, episode 13 of The Republic of Sarah will be the last we see of Greylock and its citizens. The CW has canceled the show after just 1 season. Executive producer Jeffrey King Paul took to Instagram this Thursday to announce the farewell. With a photo of the cast of TROS, he wrote, “I’m sad to say that the news is not good.” Writing that the show will come to an end on Monday, he thanked everyone who watched the show. “It means the world to us, please tune in on Monday and help us say goodbye to Greylock,” he wrote.