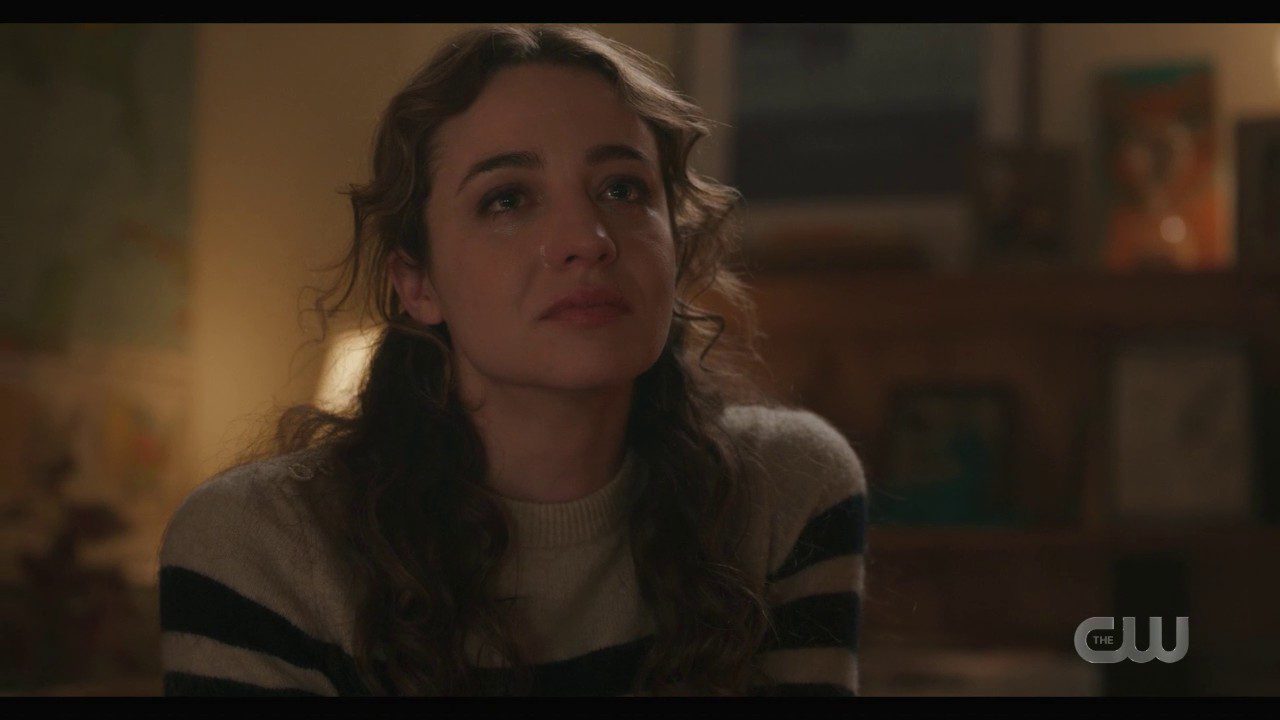 From The Republic of Sarah Season 1 Episode 11 Featuring Sarah

The Republic of Sarah Season 1 Episode 12 will mark the beginning of good news for Greylock. But at the same time might find some close friends going cross with each other. We already saw the beginnings of it in the recent episode, and two of the closest ones had to go apart. Corinne had made a huge mistake when she slept with Danny, although she didn’t want to. But her teenage self made her do that. Now Adam found out about the whole mess and is heartbroken. He feels like a second choice all over again, like he did in high school.

So Adam had some tough decisions for Corinne. If she wants to win him back, she needs to stay true to them. Also, Weston came close and finally found out about Paul’s secret. He is willing to help, but the question was if Sarah is willing to take it. Ellen made her surprise return from Rehab. Things were definitely different, but this time she is out there to make up for all the things she did wrong. Starting off with apology sessions. So here is a breakdown of everything that happened recently on the show.

The last time we were on The Republic Of Sarah, we opened up Sarah comforting a broken Corinne. Adam found out about her sleeping with Danny. Sarah comforts her as she cries out. Until Adam arrives, but he needs time to move on. Maya’s mother might be getting out of jail, and she may have to move now as she gives the testimony. Ellen returns from rehab to surprise Sarah but is surprised herself to see Paul with her. Weston found out that Sarah’s father is a fugitive on the run, and he wonders how he should publish the story before someone else finds out. 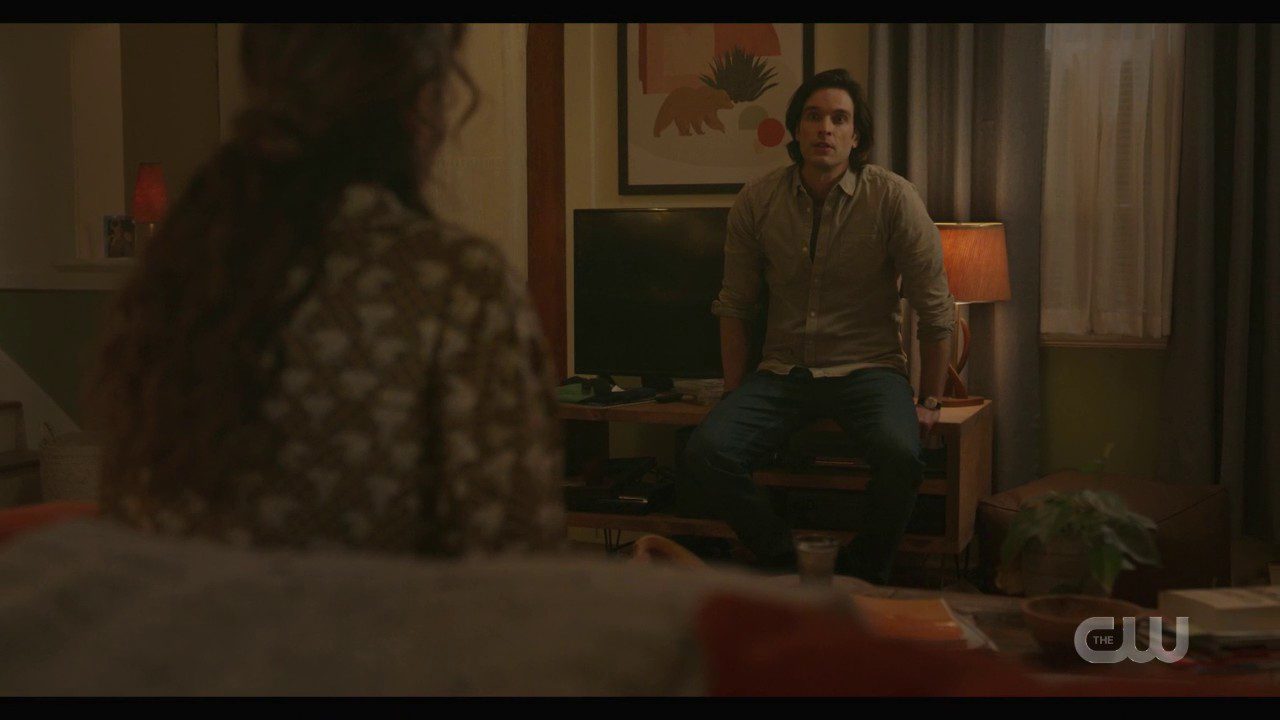 From The Republic of Sarah Season 1 Episode 11 Featuring Weston

Sarah talks with her father Paul about it. Maya spends time figuring out if she should be there to give her statements about her mother. Grover spends time trying to find a home where his pet dog could fit in. As Sarah shares with AJ that Weston is writing a sympathetic article about her father could work until Corinne arrives. Finally, Corrine confesses that she is still in love with Danny, but she also loves Adam. Danny later confronts Sarah for not telling her about the father. Weston, on the other hand, believes Sarah supporting her father with a statement could be great.

Grover urges AJ to keep her dog, but when the dog messes up her home, she returns it.  Also, Grover gives much-needed advice to Luis about Maya. Adam confronts Danny for sleeping with his wife until Sarah comes between them. Corrinne asks Adam for anything she could do to make up, and he asks to distance herself from Coopers. That includes Sarah as well.

After her father and Bella, Maya takes advice about the statement from Sarah. As Sarah guides, she realizes she needs the same for her father too. So she helps Weston with the article. Ellen meets Danny and apologizes for everything, and he is quite freaked out about it. Sarah comforts him, and it seems like things are coming together. 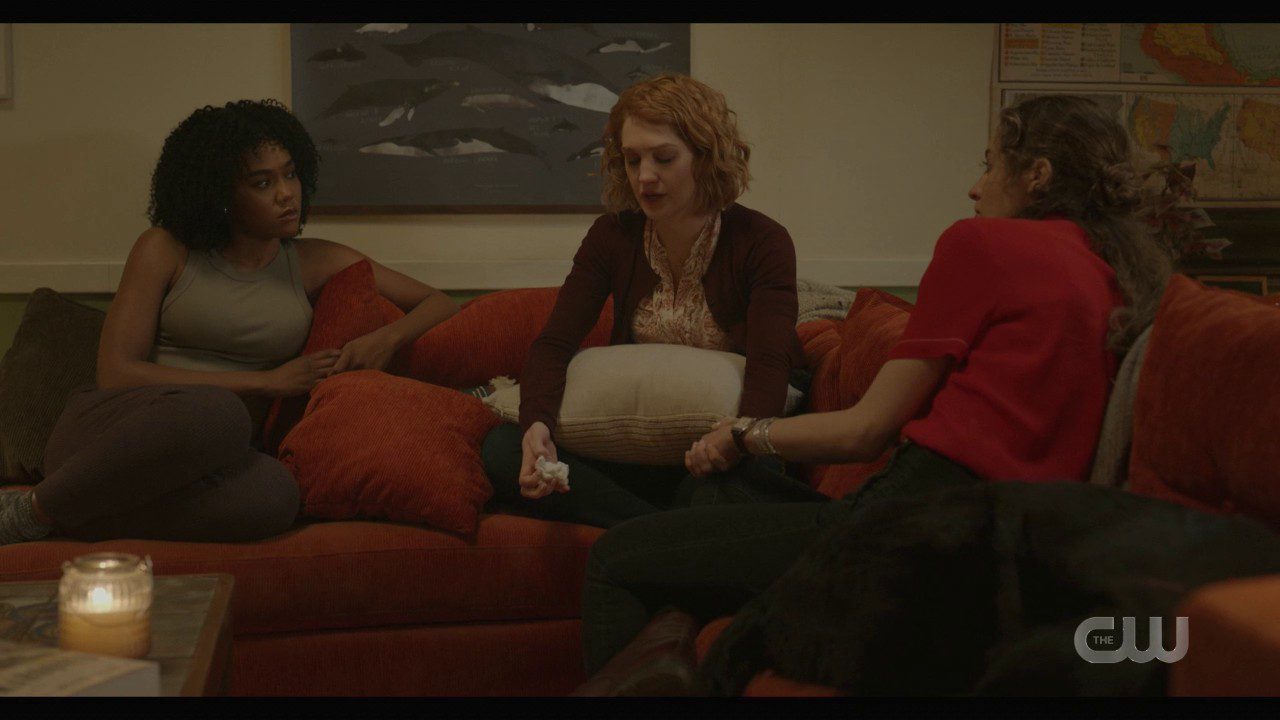 From The Republic of Sarah Season 1 Episode 11 Featuring AJ, Corinne and Sarah

The episode closes with Paul spending his time reading Weston’s article, which worked for him. Grover found a place to live with his dop at Mrs. McCall. Weston and Sarah make up, and Maya decides to provide testimony as she bids adieu to Lui. The only thing that didn’t end happily was Sarah and Corrine’s friendship as Corrine tells her about Adam’s wish. She will be staying away from her despite their best friend bond.

The Republic of Sarah Season 1 Episode 12 is titled “Two Imposters”. The official synopsis of the episode says good news comes walking in for Greylock. Danny shares the finances of the nation, which leads to a debate between Sarah and probably two of her closest friends. Back at school, Bella and Tyler get along and go all out creative on their school project.

Check out the official preview for The Republic Of Sarah Season 1 Episode 12 below.