When fans thought everything will go well for Yi San and Sung Deok Im, another tragedy shakes the castle. 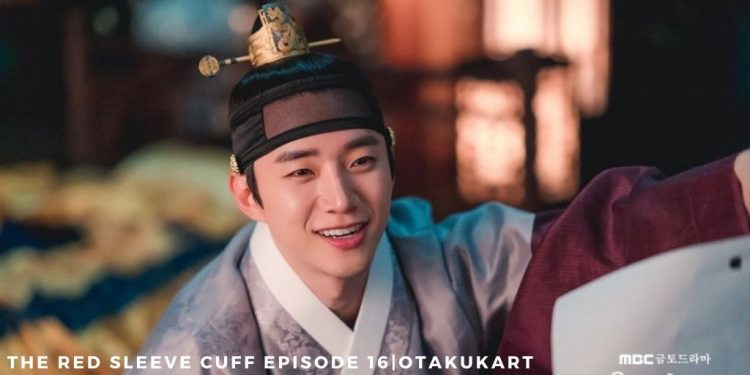 The Red Sleeve Cuff Episode 16 will soon be released. The drama has been on a roll ever since Crown Prince Yi San finally took over the throne after the death of his grandfather, King Young Jo. Fans got to see another attack on the King. However, this time around, the court ladies who were responsible were all executed. Life as a King is hard, and the effects can definitely be seen in Sung Deok Im’s and Yi San’s relationship. Moreover, we finally got to know what Hong Deok Ro had been cooking behind that perfect smile and caring personality. Not only did he make his little sister a royal concubine so that he could later have more power as the Crown Prince’s uncle. But after the death of Head Court Lady Jo, Hong Deok Ro led the organization of court ladies against Yi San.

He had taken bribes and joined hands with the worst of Yi San’s enemy, all the while pretending to be his best friend. But when Hong Deok Ro started abducting innocent court ladies, all hell broke loose. Will Hong Deok Ro face the consequences of his actions? Or will Yi San go easy on him in the name of friendship? Does the life of a court lady weigh nothing when it’s put next to the mighty Hong Deok Ro? Find out in The Red Sleeve Cuff Episode 16.

The previous episode of The Red Sleeve Cuff was truly an emotional rollercoaster. From Yi San officially asking Sung Deok Im to start a family to Sung Deok Im rejecting him at least three times within the span of one episode. Let’s be honest, we all have lost count at this point. However, what no one saw coming was the kiss. Fans have so many questions. Thankfully, The Red Sleeve Cuff Episode 16 will be released on January 1.

Furthermore, The Red Sleeve Cuff has won fans’ approval because it does not show Yi San as a ‘perfect’ King. For instance, when it came to giving Hong Deok Ro the punishment he deserves, he faltered. Despite catching him red-handed, in the act of high treason against the Queen, Yi San sets him free with just a resignation. This does not sit well with Sung Deok Im, who had shed blood, sweat, and tears, looking for her friend. Will Yi San and Sung Deok be able to clear this misunderstanding? Watch The Red Sleeve Cuff Episode 17 to find out.

Where to Watch The Red Sleeve Cuff Episode 16?

The Red Sleeve Cuff is an exclusive MBC release. Firstly, The Red Sleeve Cuff started airing on November 12. The Red Sleeve Cuff airs every Friday and Saturday. This is the comeback drama of the adored actor, Lee Jun Ho, after his three-year-long military service. Fans are basking in his glory as he reminds us yet again of his acting range through his role as King Jung Jo. You can watch The Red Sleeve Cuff on MBC at 22:00, according to Korean Standard Time. For international viewers, the timings are 8:00 am in Canada, 8:00 am in America, 1:00 pm in the United Kingdom, 6:30 pm in India, and 12:00 am in Australia. This intriguing historical series is coming close to its end. And fans still cannot predict what will happen next in the series. The Red Sleeve Cuff Episode 16 will be available along with subtitles in multiple languages on Rakuten Viki. So don’t forget to tune in!

Ever since the beginning of the series, fans have been smitten by Sung Deok Im. It is safe to say that Sung Deok Im carried this show on her back. More than anything, she values the job she does. On multiple occasions, through her intelligence and grace, Sung Deok Im helped Yi San get to the throne. But even after all this, it does not take a Yi San moment to call her a lowly court lady. Never have we seen a character as unique as her in historical kdrama. In the previous episodes, she even educated Yi San on depression and how serious it can be. However, Yi San has been respecting her decision so far. How long will it take for Yi San to crack? Find out in The Red Sleeve Cuff Episode 16.