The Radford Family is a renowned People & Blogs youtube channel. 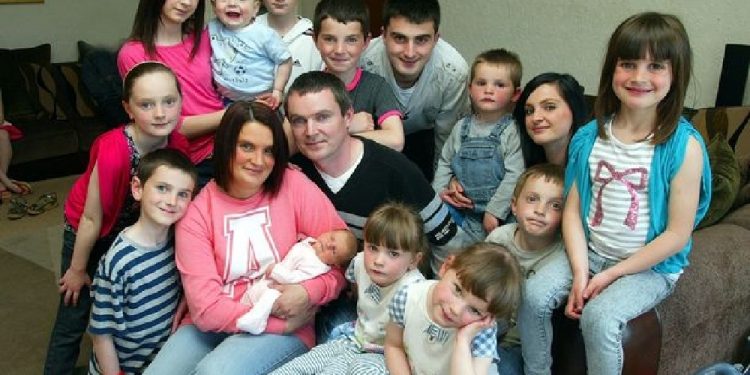 The Radford Family's Net Worth

Creating YouTube material can be a lucrative business, so it’s no surprise Sue updates her channel on a regular basis. The Radfords launched their family channel in 2018 and announced that they generate money from social media marketing collaborations. The famous family has a massive Instagram following of over 380,000 people who follow them to see what they’re up to. They also have 315,000 dedicated subscribers on YouTube.

The Radford Family’s Net Worth

How much does The Radford Family earn?

Also Read: Who Does Clayton End Up With? All About The Newest Season Of The Bachelor!

Based on this information, we estimate that The Radford Family YouTube channel earns $2.44 thousand in monthly ad revenue and $36.62 thousand per year. However, our estimate may be too low. In a best-case scenario, The Radford Family may make $65.92 thousand every year. YouTubers, on the other hand, rarely rely on a single source of income. Sponsors are common among successful YouTubers, and they can boost their earnings by marketing their own items. Plus, they could book speaking presentations.

How do the Radfords afford their ‘millionaire’s’ lifestyle?

Sue Radford, a mother of 22 children, was recently compelled to explain her ‘extravagant’ spending after trolls accused her of displaying a ‘disgusting display of wealth. This came after the stay-at-home mother from Morecambe, Lancs, flaunted her £750 Emma mattress in her children’s bedrooms. Furthermore, she and her husband Noel recently flaunted their extravagant outdoor cinema, TV bed, £30,000 Range Rover SUV, and an expensive £6.5k fancy fridge.

Sue appears to be living the millionaire’s lifestyle,’ but the trolls believe there’s more to it than the family pie company. Sue retorted that they’ve “worked incredibly hard to get to where we are now” and that they had a “media company” in addition to their bakery. “Absolutely not; we’re definitely not secret millionaires,” Sue responded when asked if the family was wealthy. To her, the rich would be having a big mansion, shiny cars, and quite a few hundred thousand in the bank, but they are not that. We disclose how the family-of-24 make their money and how they can manage to live with more than a few comforts, despite the fact that they don’t claim any assistance.

The Radfords are self-sufficient and thanks to the profits from Noel’s bakery, The Radford Pie Company, in Morecambe, Lancashire. The company is run by the family, with Noel at the lead and children Chloe and Daniel having assisted. As the pie business has grown, the family has had to expand their business to accommodate internet orders from all across the UK, and they have lately had to invest in a large new bakery. The one they’ve got now has done pretty well for the last 20 odd years, Noel said at the time, “but we’re slowly running out of space.”

In 2012, the oversized family made their first appearance on Channel 4’s documentary television show 15 Kids and Counting. The Radfords recently opened their doors to Channel 5 to record the 22 Kids and Counting show, which chronicled their lives in one house. Sue has highlighted how their “media business” earns them extra money, though it has never been revealed how much they earn from their TV appearances. They work very hard on their media company and filming for their new program, just like lots of other ‘influencers,'” she recently justified her family’s wealth. Filming for the show began last year during the lockdown and premiered in February 2021.