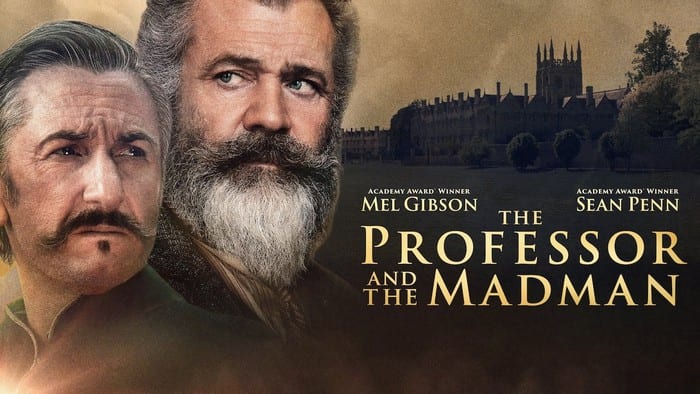 The Professor and the Madman

If you are looking for a decent thriller movie with historical figures and context, there is one particular movie that we are about to recommend to you. The film “The Professor and The Madman” which was released in March 2019 is the true story of the professor who held the title named Sir James Murray. In 1857 in compiling the Oxford English Dictionary, he went through some incredible adventures and chronicles that impacted the world even today. Meanwhile, this is also the story of a WC Doctor. Minor, People With Schizophrenia (ODS) or a psychosocial disability who submitted more than 10,000 entries while he was being treated at the Broadmoor Criminal Lunatic Asylum rehabilitation home.

Prof. Murray was a Scottish man who was expected to complete the work of a nationalistic mega project under the orders of the British Empire. Although often looked down upon by his colleagues at Oxford College, Murray managed to complete a dictionary compiled with the greatest contribution of Minor. James Murray, who acted as compiler and supervisor of the mega project, brought his wife and children to Oxford.

There are many reasons why the film The Professor and The Madman is worth watching. The three main things are the cast, the quality of the script, and the interesting storyline. This movie also involves 3 veteran actors: The star of ‘Braveheart’ and ‘Lethal Weapon’ Mel Gibson, Sean Penn who won an Oscar for Best Actor in 2009 for the movie ‘Milk’, and Eddie Marsan from ‘Sherlock Holmes. 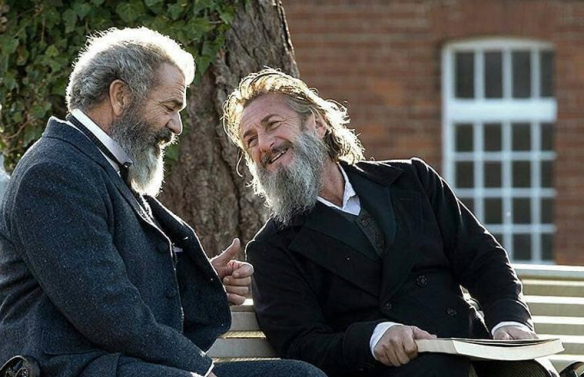 A film by Farhad Safinia

In terms of the story, it is no less interesting. The work of director Farhad Safinia (under the pseudonym PB. Shemran) presents a mysterious story in the history of the compilation of the Great Oxford English Dictionary in the 19th century.

Farhad, an Iranian-born US filmmaker, is noted to have collaborated with Mel Gibson when writing the scenario for the legendary film ‘Apocalypto’. Meanwhile, when working with him in ‘The Professor and The Madman’, Farhad compiled the script for this film together with Todd Komarnicki, a reckoned US screenwriter and novelist.

Adapted from a book by Simon Winchester 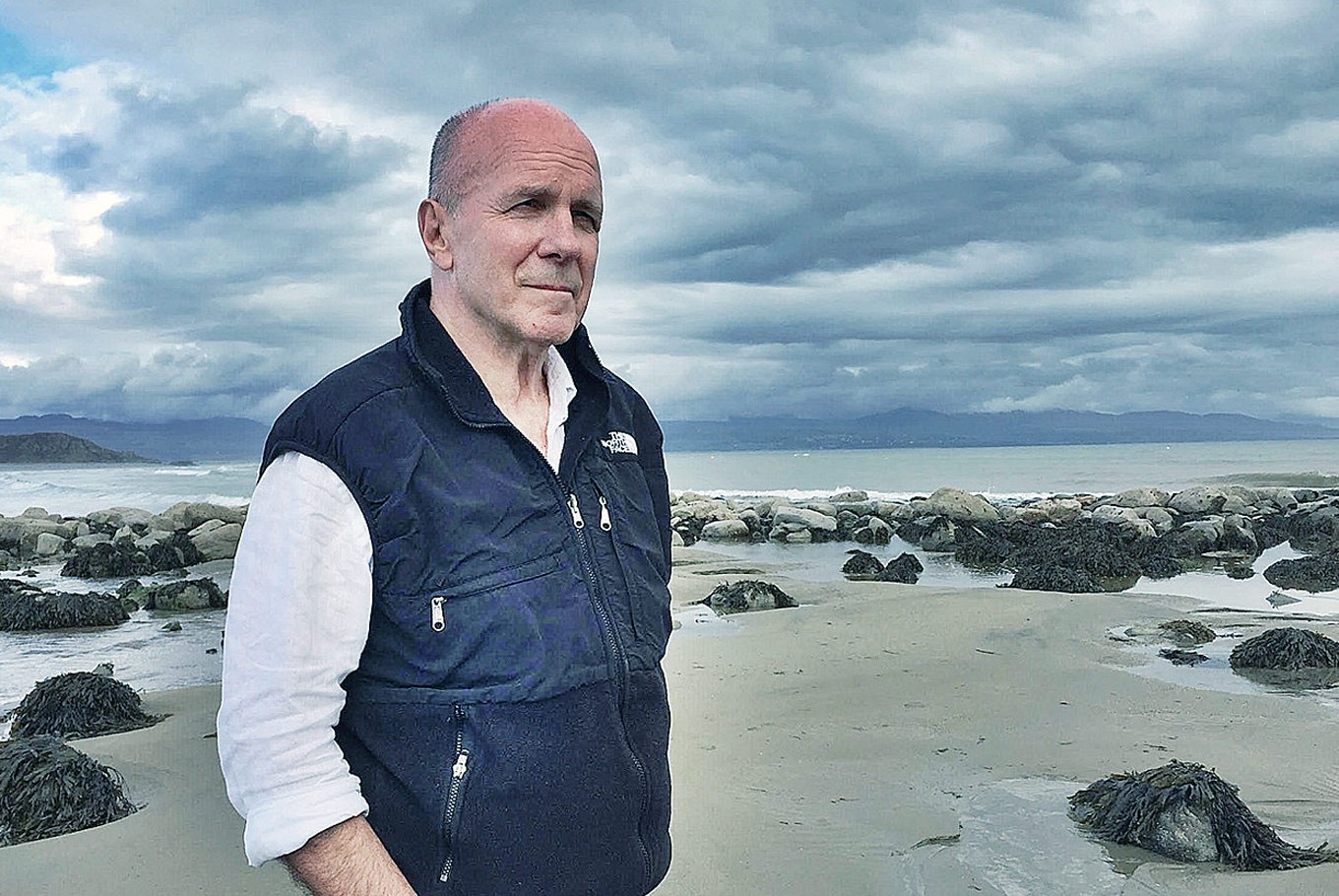 In addition, the film The Professor and The Madman is an adaptation of a book with a similar title written by Simon Winchester. The popular book originally appeared in England under the title ‘The Surgeon of Crowthorne: A Tale of Murder, Madness and the Love of Words’. it was published in 1998.

A year later, the book was published by HarperCollins in the US with a new title, The Professor and the Madman: A Tale of Murder, Insanity, and the Making of the Oxford English Dictionary.

The name Simon Winchester is familiar to readers of the world. More than 25 books have been written by the former journalist for The Guardian and a Geologist who graduated from the University of Oxford. Simon’s books contain mysterious and hidden stories from various parts of the world and important historical moments, the result of years of in-depth research. One of them is Krakatoa: When the World Explodes August 27, 1883 (2003).

On his personal website, Simon admits that he became interested in the story of the two people in the early 1980s. Initially, Simon was invited by his colleagues from the Oxford University publishing institute to see the warehouse of old campus goods. For Simon, the goods in the warehouse are treasures.

Among the items, he picked up was an original 19th-century printing press plate for Volume 5 of the Oxford Dictionary, partly on the words of humor. From that item, Simon then combed interesting stories that had been forgotten by many people.

Apart from the mysterious history of composing the first version of the Oxford English dictionary, among Simon’s books that have captivated international readers are The Map that Changed the World (2001), and Krakatoa: The Day the World Exploded. The last book tells the thrilling story of the massive explosion of Mount Krakatau in 1883.

When speaking at a discussion in an interview in 2017, Simon admitted that he never ran out of ideas because he always looked at many things that were considered by most people to be mundane and trivial. It was from these trifles that he found great stories.

“The world has to be seen through the eyes of a 10-year-old child, who is always amazed at everything and always wants to know about everything,” said Simon.

The overall storyline of ‘The Professor and The Madman’ 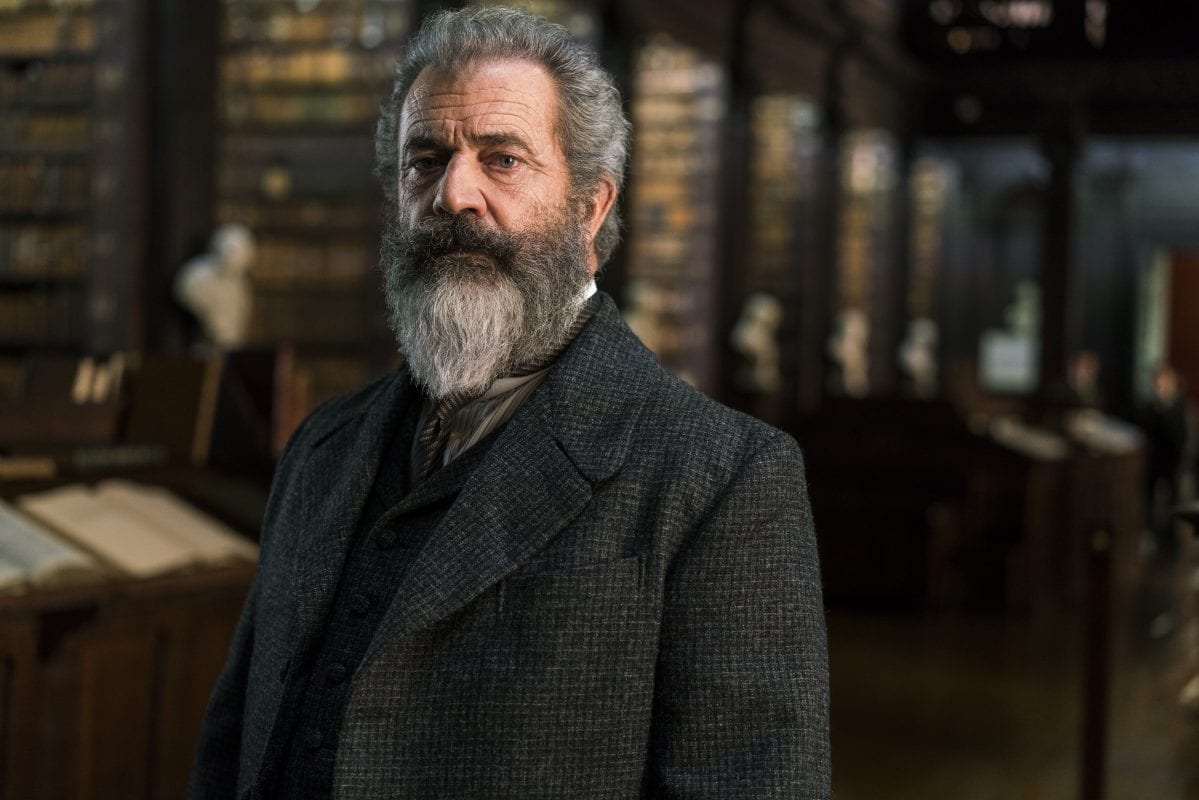 Mel Gibson in ‘Professor and the Madman’

With the context of the mid-19th century, ‘The Professor and The Madman’ basically tells the story of the collaboration of two figures who have far different backgrounds in the formulation of the Oxford dictionary. The professor and the Madman are James Augustus Murray (Mel Gibson) and William Chester Minor (Sean Penn).

Murray, a Scottish philologist, received a mandate from the Grand Delegation of Oxford University Press to lead a project which has been at a deadlock for years, namely the compilation of the Great Oxford English Dictionary. Murray’s selection was controversial because he did not have a convincing academic background.

History records that the preparation of the Oxford English Dictionary took 70 years, starting in 1857. To compile this dictionary, tens of thousands of brilliant thinkers were involved in recording 414,825 words with precise definitions. Simon managed to trace a mysterious story, namely the relationship between two figures who had a big role in the project, James Murray and William Chester Minor.

For two decades, Murray and Minor corresponded with each other for the purposes of compiling the Oxford dictionary. And it wasn’t until 1896, when the two met, that Murray learned that an important colleague had turned out to be a patient at Broadmoor, the mental hospital in England for the mad criminals.

Murray is just a self-taught literary and language learner who dropped out of school at the age of 14. However, Murray’s capacity is not at all in doubt. He mastered dozens of languages. As a polyglot, he is fluent in Latin, Dutch, German, Celtic, Danish to Arabic. Murray also deserves to be called Polimatik because of his extensive knowledge.

Murray himself was told that he dropped out of school when he was 14 years old, so he studied literature and language on his own.

More than 10 thousand words and definitions were given by Minor. Initially from correspondence, Minor and Murray later met and became friends. Minor’s involvement became controversial after being exposed by the South London Chronicle newspaper. At that time, Minor’s health condition weakened and Murray resigned.

Both the Murray and the Minor characters were both people who had lived in the past and contributed greatly to the creation of the Oxford dictionary. So, the film The Professor and the Madman is indeed regarded as a biopic. And like a biopic in general, “boredom” can enter the audience’s dictionary when watching it.

For those of you who don’t really understand the complexities behind composing a dictionary and don’t like linguistics, this film can be boring. The problem is, they will be confused as to why the activity of compiling a dictionary must involve so many people and what things need to be taken from this film.

Then, for viewers who are looking for a climax, let alone a plot twist, this film will not live up to expectations. Watching this film actually won’t make us too happy, too sad, or too excited.

The film not only tells about the efforts made by the British government in the project to compile the Oxford dictionary but digs up the grave history that there is a Dr. Minor, a schizophrenic survivor who played a big role and even played the biggest role in its composition. This film also depicts the history of the treatment of people with mental disorders, according to research conducted by a psychiatrist in a rehabilitation home. Medicines that were previously considered inhuman, so that of course we found the formulas for treatment that we have encountered today.

And what’s important in the film ‘The Professor and The Madman’, the truth of Dr. Minor showed the world that although he was schizophrenic, he was capable of very extraordinary things, regardless of where he came from.