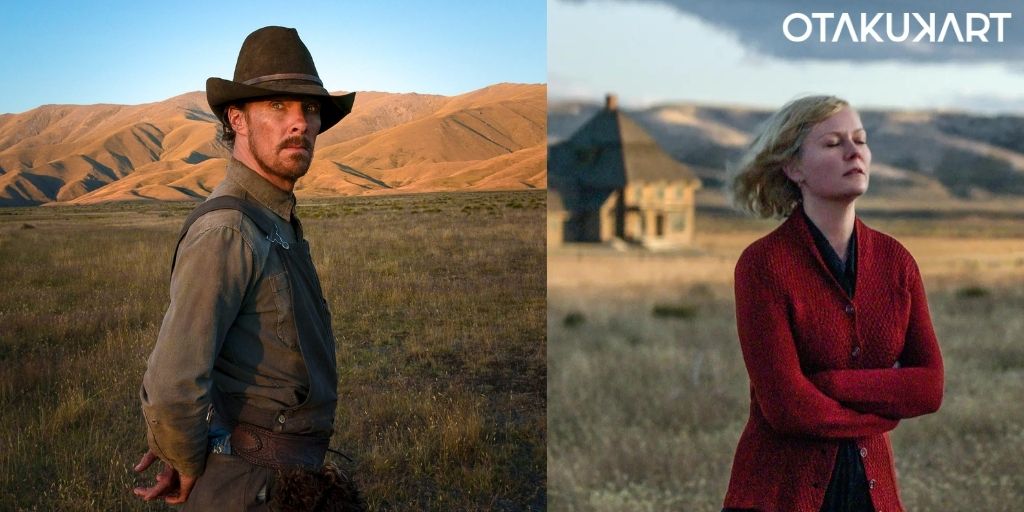 A still from the movie showing the main leads

Fans are searching for a movie review of The Power Of The Dog. The movie is streaming on Netflix, and it stars Benedict Cumberbatch. The story is about Phil. He is very handsome and attractive. He has a brother called George. The whole story revolves around these two brothers. The mastermind behind the movie is Jane Campion. We see that the protagonist, Phil, has been farming cattle on his family’s Montana ranch, which is surrounded by jagged mountains, for decades.

Phil has spent his whole adult life acting like a cowboy, which means he rarely bathes, plays the banjo, and castrates bull calves with a blade he holds in his teeth so he can finish the cruel surgery with his bare hands. You would be surprised to know that Jane Campion has won the Silver Lion for Best Direction at the 78th Venice International Film Festival for the movie. Now, let us get into what the movie review of The Power Of The Dog is!

Also Read: The Power of the Dog Ending Explained

What Is The Power Of The Dog About?

The storyline follows Phil Burbank. He is ruthlessly handsome, pale-eyed, severe, and gorgeous. Phil’s romanticism, power, and vulnerability are all bound up in the past and on the land. He can castrate a bull calf with two rapid slashes of his knife. He swims in the river, coating his body with mud. We see the year is 1925. The Burbank brothers are affluent Montana ranchers. On their way to the market, the brothers meet Rose. She is the widowed proprietor with a son Peter at the Red Mill restaurant. Phil treats them both mercilessly, reveling in their anguish and making his fellow cowhands laugh – all to save his brother George, who consoles Rose before returning to marry her.

After that, we see Phil’s mocking of Rose takes on an unsettling aspect as he swings between wrath and cunning, hovering at the corners of her vision, whistling a melody she can no longer play. We see that Phil then appears and takes the child under his wing. What does this gesture depict? The audience is left wondering whether it is a scheme twisting even more dangerously.

The Power Of The Dog Movie Review

We have Benedict Cumberbatch in the movie. However, he is not the first actor that comes to mind when thinking of casting a Western. In Jane Campion’s ‘The Power Of The Dog,’ he is exactly what the film requires. He represents a male crisis, coated in mud from head to toe for the majority of the film. Benedict is always trying to prove he is the strongest, roughest leader in a wolf pack of cowboys. Phil rules the pecking order in whatever room he enters with nasty remarks and a disregard for authority. 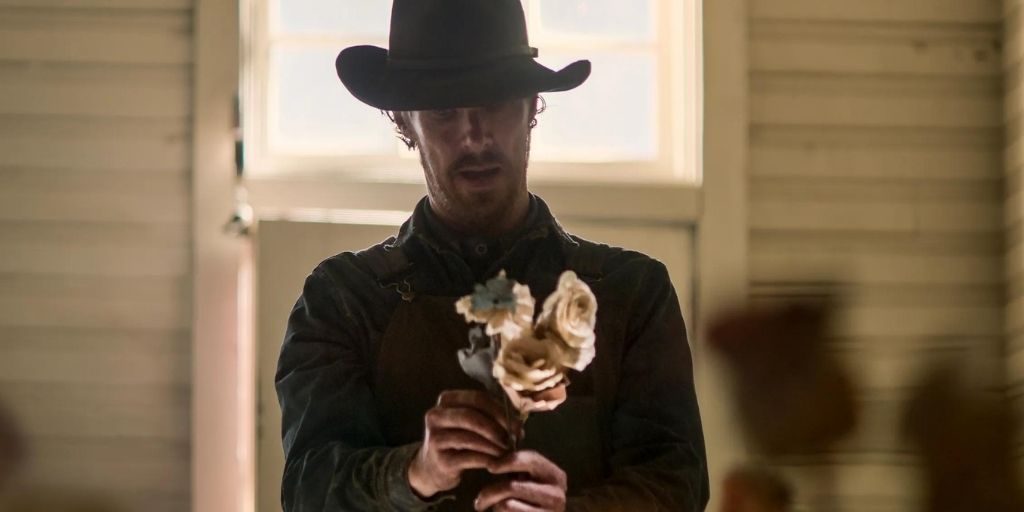 A still from The Power of The Dog with Benedict Cumberbatch on focus.

The story of The Power of The Dog takes place in 1925, more than three decades after the Census Bureau pronounced the frontier closed and the same year that Buster Keaton appeared in the comedy movie ‘Go West’. Phil’s life appears to have come to a halt, despite the fact that the Burbank family owns one of the only cars in the neighborhood. He and his brother, George, have kept the cowboy spirit alive at the ranch their parents gave them for the past quarter-century. In a world of harsh men, Phil and George break horses and herd cattle. However, at night, they retreat to their vast, sepulchral Eastern-style house, complete with carpets, packed libraries, a chessboard, and a menagerie of animal heads decorating the gloomy, wood-paneled walls.

What Is The Movie Based On? All About The Story And Cinematography

The Power Of The Dog has a poetic, ruminative aspect to it. This picture is unlike any other western, as it is based on the novel by Thomas Savage by Kiwi filmmaker Jane Campion. He returns to filmmaking after a 12-year break. The genre has been about boldness, duels, the retreating realm of outlaws and gunslingers, and the taming of the Old West, with a few exceptions. It is a film that examines the concept of masculinity through its environment, the border between the Wild West and the civilized world. 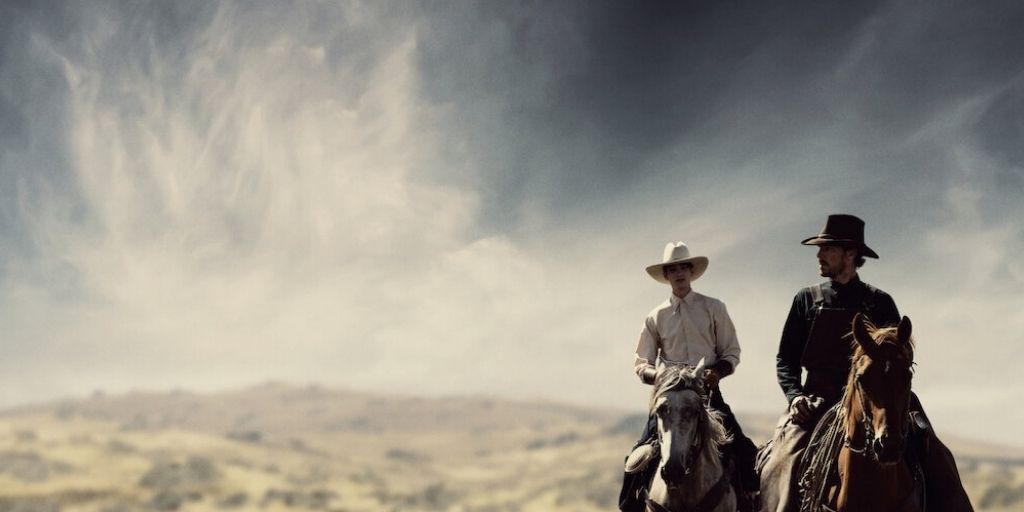 If any backstory is given at all in the movie, it is given fast and briefly in dialogue. We see that there are no flashbacks. Instead, there are a few scenes in which the actors discuss their past. Talking about the cinematography aspect, Campion and her talented cinematographer, Ari Wegner, use close-ups to create entire character studies. The audience gets a feeling of what the performers may never express from this vantage point. It’s in George’s downward gaze at the ground, knowing he can’t stop his brother’s suffering.

We have seen this approach by Campion in previous works like ‘An Angel at My Table’ and ‘The Piano,’ the latter of which follows Ada, who is a major character. She can’t talk but expresses herself through her face and sign language. We see the pattern repeating in her filmmaking style, which is commendable and interesting to watch. Her fans look forward to this approach by her.

A Deep Look Into The Characters

Campion, who also created the screenplay for The Power of the Dog, has condensed the story to its core, focusing on a sequence of contrasts, some overt and others hidden. One of the characters, Phil, is tall and rangy, and he wears a filthy hat and chaps to look like a cowboy. George is a squatter, rounder man who prefers to ride in suits. When he wants to be, Phil is a great talker with a razor-sharp tongue, with many of his most venomous remarks thrown against his brother. George, on the other hand, prefers to be quiet and use as few words as possible, even when provoked by Phil, who mockingly refers to him as Fatso. To George’s beta, Phil is the alpha. Phil is also a ruthless tyrant.

We see, at first look, the brothers appear to personify the ‘classic western division’ between wildness and civilization. It has often been depicted in films as a series of never-ending white and black hat battles. The conflict cleanly and inevitably separated men into warring camps in movie after movie, for decade after decade—these distinctions as has often been the case in Old Hollywood.

During a cattle run, the brothers stop at a widow’s inn, Rose’s, and George falls in love with her. On the other side, Phil makes fun of Rose’s effeminate son, Peter. After that, we see battle lines are set when George marries Rose. George and his brother leave their shared bedroom and sleep side by side on separate narrow beds in the same cramped space.

Final Words On The Movie: A Short Review On The Power Of The Dog

The harmonizing dissonance of the characters’ performances, the tense rhythms of Jonny Greenwood’s score, and the grandeur of its cinematography propel the movie forward with incredible intensity. Every ray of light and nubby texture adds to the cascading meaning in Campion’s sensual realm. That is the down on a man’s arm, the backlit mane of a horse, the sparkle of running water, a hand on a shoulder. It’s easy to summarise the film by saying it’s a revisionist western, a mystery examination of masculinity and femininity, and a lament for the restrictions that the world places on us and that we bear until we can no longer. 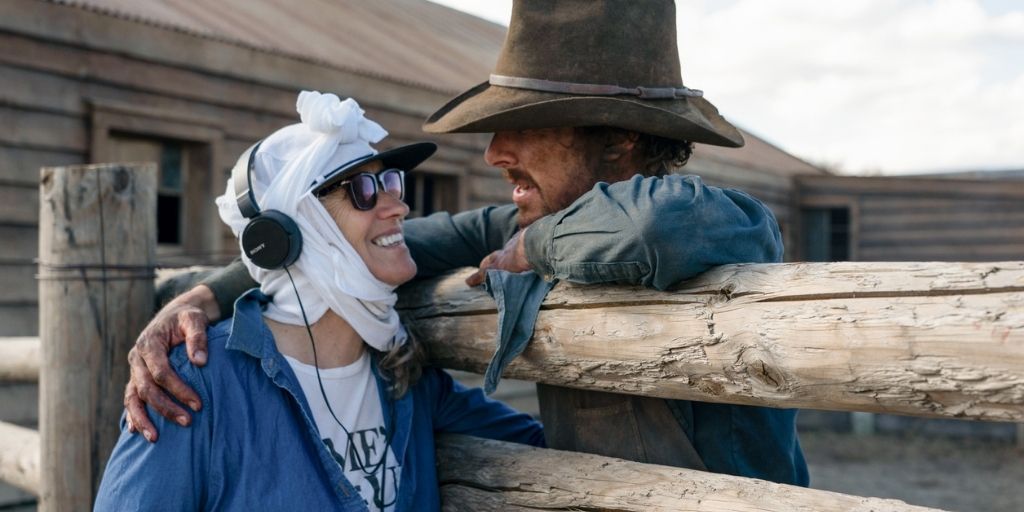 Behind the scenes of the movie, while filming a sequence

The movie enjoys this tense setting as much as Phil enjoys working with cattle over interacting with high society. We know that the film is indeed slow in the beginning. However, we see that it quickly picks up. There are a lot of desires, hatred, and dominance that we see. It comes out to disrupt everyone’s peace. Also, there are some tense scenes between Phil and the audience when he plays the game of wits.

Now, talking more about the background score of the movie, the transitions are swift, reflecting the strained relationship between the brothers, the widow, and her son. Plucking strings are used in many of the songs to evoke an unsettling sense of impending danger as if cantering into danger. We hear that there are violins joining in to strengthen the uneasiness in the air, almost triggering our reaction. If you are interested in The Power of the Dog, you can watch it on Netflix today! It definitely is a must-watch on our list!

Also Read: Top Movies Similar To The Power Of The Dog That You Can’t Miss!