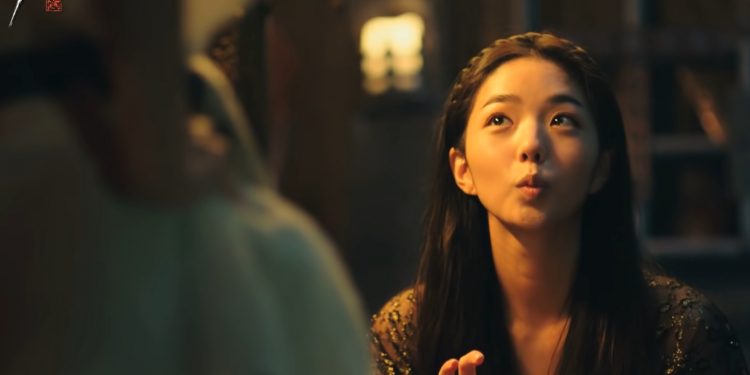 The pirates are back!!! Ever since the sequel of the 2014 film ‘The Pirates’ was announced, fans have been waiting for the release. After witnessing a group of pirates and a group of bandits fighting each other. As they tried to catch the grey whale that swallowed a royal stamp, another bunch of pirates will be taking over the silver screen after years. A trailer has been released for the sequel of the film “The Pirates: Goblin Flag”. Giving a look inside the action-comedy, we’ll be witnessing this year. Filled with some talented people, the movie is looking very promising. Here is a look at the cast and the trailer of “The Pirates: Goblin Flag”.

Directed by Kim Jeong Hoon, we’ll be taking a ride back to the times of the Goryeo dynasty with period film. The news about the treasure that belongs to the Goryeo Royal Family gone missing is everywhere. And the royal family has ordered the search for the lost treasure. Hearing about the reward they’d get upon finding the treasure. A former bandit Woo Moo Chi and his right-hand man Kang Seob are on their way to find the treasure. But moving into the sea, the famous pirate Hae Rang might team up with the bandits to fight against Bu Heung Soo.

“The Pirates: Goblin Flag” Release Date & A Look Into The Trailer

“The Pirates: Goblin Flag” is all set to release on January 26, 2022, in the theaters. Releasing the very first trailer on January 8, 2022, the production team has finally given a look into one of the most anticipated movies of the year. Opening up with one of the most motivated and happening “Let’s go!” by the crazy bandit Woo Moo Chi. But it doesn’t really last long as the pirate queen Hae Rang pulls him back and tells him to stop fooling around. We also see the aspiring pirate leader Mak Yi on the ship surrounded by the other pirates. He was really nervous, as it was only his fifth day on the ship. Searching for the royal treasure that was stolen and lost at sea together, the pirates and bandits go through mysterious caves and unknown islands. They even see a penguin for the first time.

On the other side, the rebel Boo Heung Soo also wants to find the treasure but for himself only. With the help of a goblin flag as it might have a clue to the riddle of the missing treasure. The search for the treasure won’t make any sense without the opposite parties having a bloody fight in between the sea and as they go deep in the sea filled with stormy weather and unknown creatures, the quest for the treasure only gets more serious. As the trailer approaches its end, we also see Mak Yi on the top of the ship praising himself and calling out his mother, telling him that he finally became the pirate king. As the previous movie was a hit, the fans have a high expectation from the sequel too.