The Palace on the Hill: What is The Indie Game About? 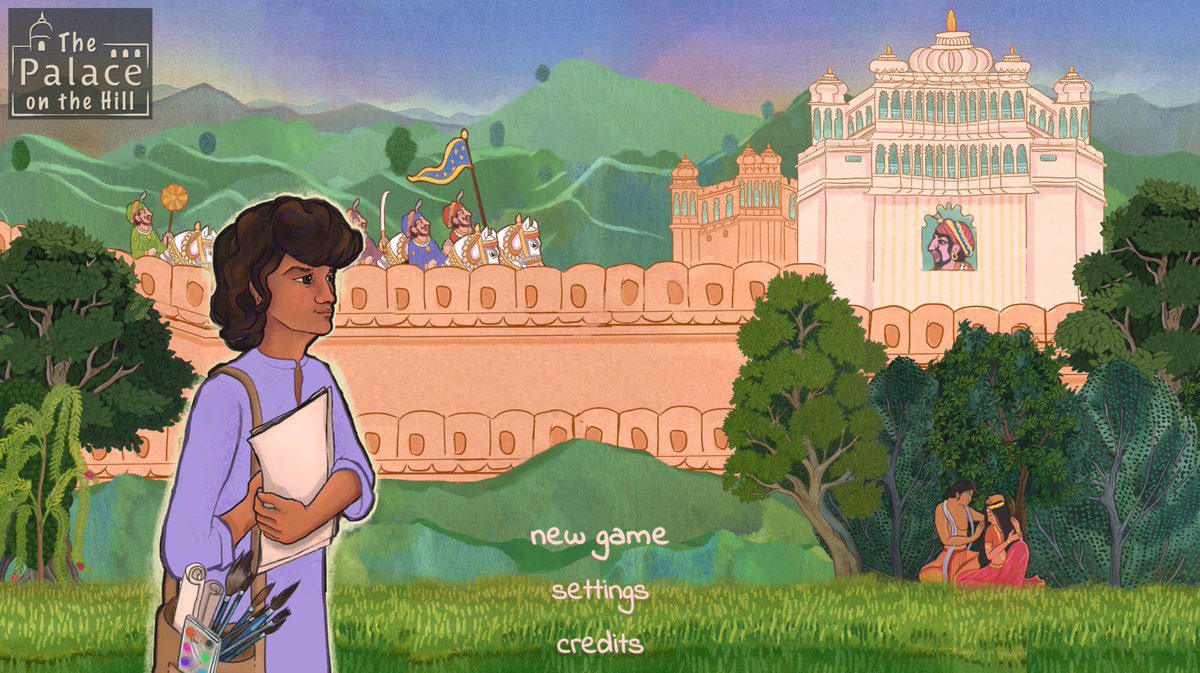 The Palace on the Hill is a game made by the Indians for the Indians. Palace on the Hill is an action-adventure exploration game. The game is developed by a team of two people and they are called as Niku Games. (It is shown on Steam by this name). This game can be put into an indie category game. Here is a short reveal trailer of the game. Talking about the graphics, as the game is indie, the graphics will look old-school and I think the game is definitely not going to be about its graphics but a unique storyline with interesting elements attached to it. Apart from the graphics, the trailer tells a lot more like what you can expect from the game and different activities to do in it.

There are a lot of indie entries in the adventure exploration genre but this looks like the first prominent entry from India. We don’t know if it will make it to the best indie games list but getting some attention way before its release is a good sign for any game. People will keep tabs on the game and if it does turn out to be good from the initial reviews then you never know. Let’s find out what this game is about from its trailer and some reports. Also, let’s have a look at the other indie games made in India which got very popular across the world.

In the trailer, you can see the protagonist starts off by watering some plants in his own garden. That is a significant part of the game. Apart from the garden, the game is about roaming around the village, interacting with other villagers, and finding out different stories about that region. After listening to the stories the character has some abilities where he can turn those stories into paintings.

You will be given different types of choices when you start painting something. Your choices will depend upon your interaction with the villagers. The different choices given are clearly visible in the trailer where you are asked about the shape and structure of a Danava before making a Danava (a demon).

The game is not only limited to drawing paintings but you can even find some rare paintings hidden in some locations. The significance of these paintings is not known yet.

The trailer ends in some kind of a cliffhanger. You visit a pawn shop and the shop owner says to you that he knows you paint well and he has a task for you. After that, the main character is shown running in the bushes, and then when the bushes end he can see a castle/palace far away on the hill. So maybe, the paintings, the stories are just a small part of something big which is not yet shown in the trailer.

The Palace on the Hill Release Date

There is no release date given to the game yet. On Steam, there is a page dedicated to the game and it shows the release year of 2022.

We don’t see many Indian games making it huge in the gaming world but there are quite a few games which you should try out if you love indie gaming. All these games mentioned are made in India by Indian game developing studios. I am also attaching the trailer of these games so that you get a basic idea of what the game has to offer.

Alter Army is a game created by a company called Vague Pixels. This game was developed by two 15-year-old boys named Mridul and Mridul. It has a Minecraft-type graphic feeling but its genre is action-adventure.

This is probably one of the best visually pleasing games made in India. Raji: An Ancient Epic will take you through a journey of ancient India. In this game, you are on a quest to rescue your brother from the demons in a world where war has begun between the gods and demons. This game has good praises from the critics across Europe as well.

An action RPG, a survival game with a brilliant message at the end. The game was developed in order to raise awareness against child trafficking. In this game, the main lead character called Champa has been sent to a brothel at her young age. She must make wise choices and take some harsh actions if she wants to escape this hell.

There are many other indie games created by Indian developers which are a good play but these 3 are the best out there, according to me. The Palace on the Hill also looks like a unique and interesting project from its trailer. The cliffhanger does leave us thinking about what may happen next. Well, all we can do is wait till the game releases or we get more updates or trailers about the game.

Why Did Karol G and Anuel AA Break up After Almost Getting Married?

Who is Machine Gun Kelly Dating? A Complete Timeline of His Relationship