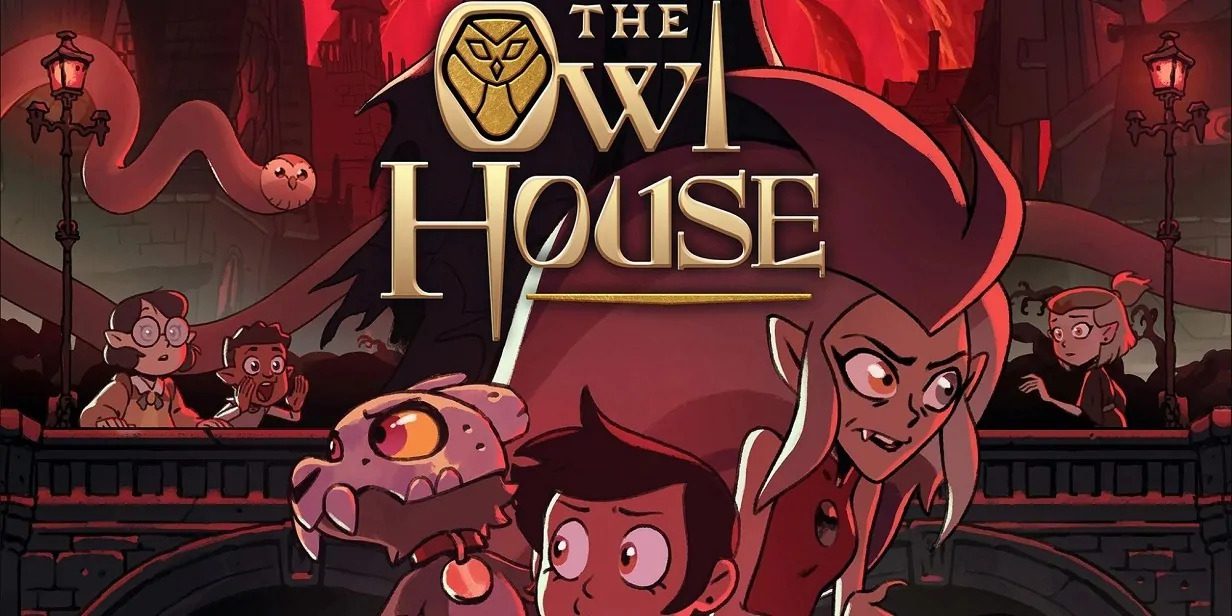 The Owl House Season 2b

An unexpected pause is never enjoyable, but for a show like The Owl House, it’s extremely aggravating. The GLAAD award-winning Disney animated series has been on pause since August 2021, despite making huge achievements in diversity representation with its Dominican-American lead and trailblazing inclusion of LGBTQ characters. The show, however, is finally returning after a long hiatus, as The Owl House Season 2B is on the horizon. The Owl House follows Luz Noceda, a 14-year-old girl with an uncontrollable imagination. Luz comes upon a passage to the Boiling Isles, an island within a world of monsters and magic, while on her way to a dull summer camp.

She hopes to study magic from Eda Clawthorne, a renowned witch who is fascinated by human civilization. The three of them endure life in the Boiling Isles along with their pet and companion, the charming demon named King, and form an odd family in the process. The Owl House is predicted to reappear, and its re-emergence is finally in sight. The Season and plot are far from complete (the show has already been renewed for a shortened third season), but fans will be relieved to learn that Season 2 will be returning.

The curator shows Camila a video of Vee being caught in the trap from earlier. Camila tells Luz that she no longer enjoys the game they’re playing, but Luz claims that it isn’t a game. Camila is irritated because Vee has been living with her the entire time, but Luz says that she isn’t terrible and that Camila must assist her. The curator reappears, dressed in battle gear, and informs her that he is going to begin his live dissection. Camila urges him to stop since the president has called, but she quickly runs out of ideas for how to keep the ruse going. She promises him she’ll take the child with her and that he won’t disturb them again. He argues, but Camila assures him that she will inform the authorities that he has been placing illegal traps and cameras on private property. 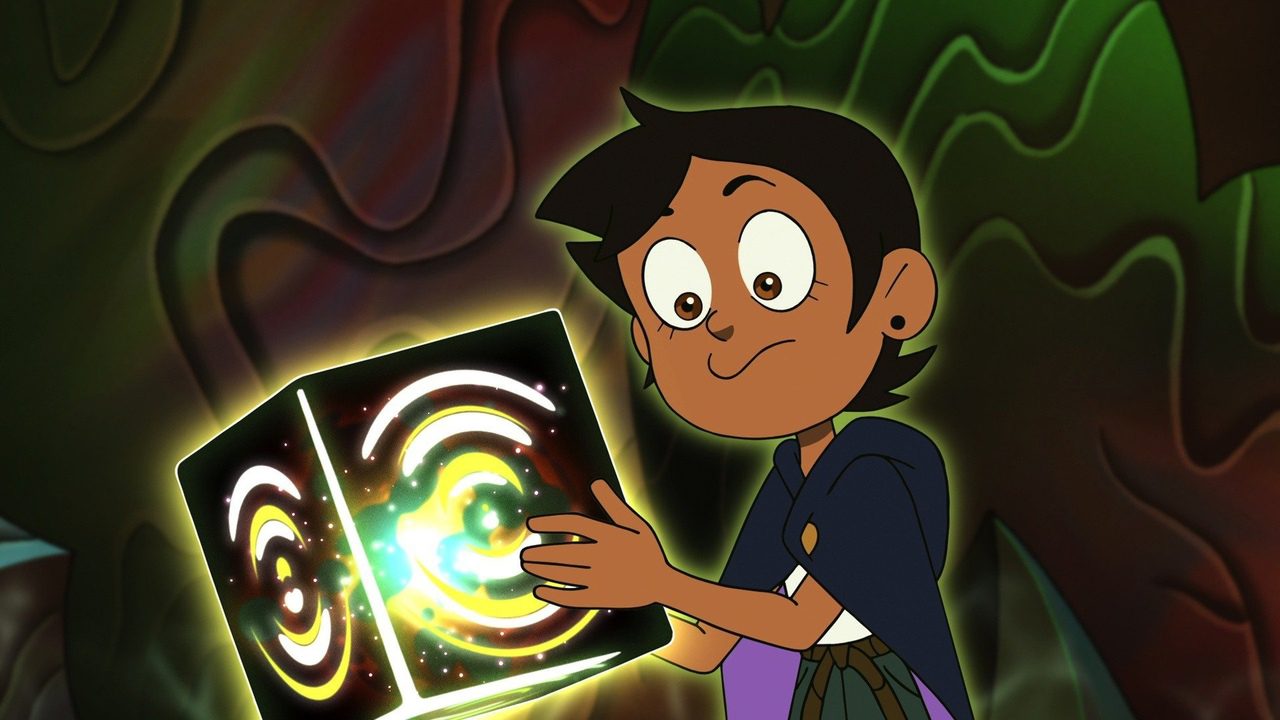 Camila ties him up and places him in the cage before leading Vee out into the rain. Camila tells Vee that the curator has to do some introspection. Camila and Vee exit the car at home, and Luz emerges from the rain’s mirror. She tells Vee how relieved she is that everything is fine. Vee expresses her gratitude to Camila, who assures her that she will have a place with her for as long as she needs it. Camila hands Vee the historical society’s deck of cards, which is still full of enchantment. Vee starts eating the magic cards and enters the house. Luz compliments her mother on how wonderful she was and expresses gratitude for her calm demeanor in the face of everything she had just told her about and witnessed. Camila sobs and tells Luz that she’s trying to hold it together, but she’s never been so terrified of magic and the demon realm before.

Camilla worries if Luz will be able to return home or if she will be able to touch her only through projection. Luz informs her mother that she will construct a working portal if she has a little more time. Camila expresses her delight at how far she has progressed. Luz tells her mother that staying was the finest choice she could have made. When Camila hears her declare she opted to remain in the demon realm, she feels irritated. She becomes increasingly agitated, wondering if Luz despised living with her. Luz feels the rope tugging at her waist, indicating that the door is closing. She claims that she requires more time. Camila assures Luz that things will be different once she goes home and that Luz must guarantee that she will stay for good. Camila claims she had no intention of pushing Luz away. 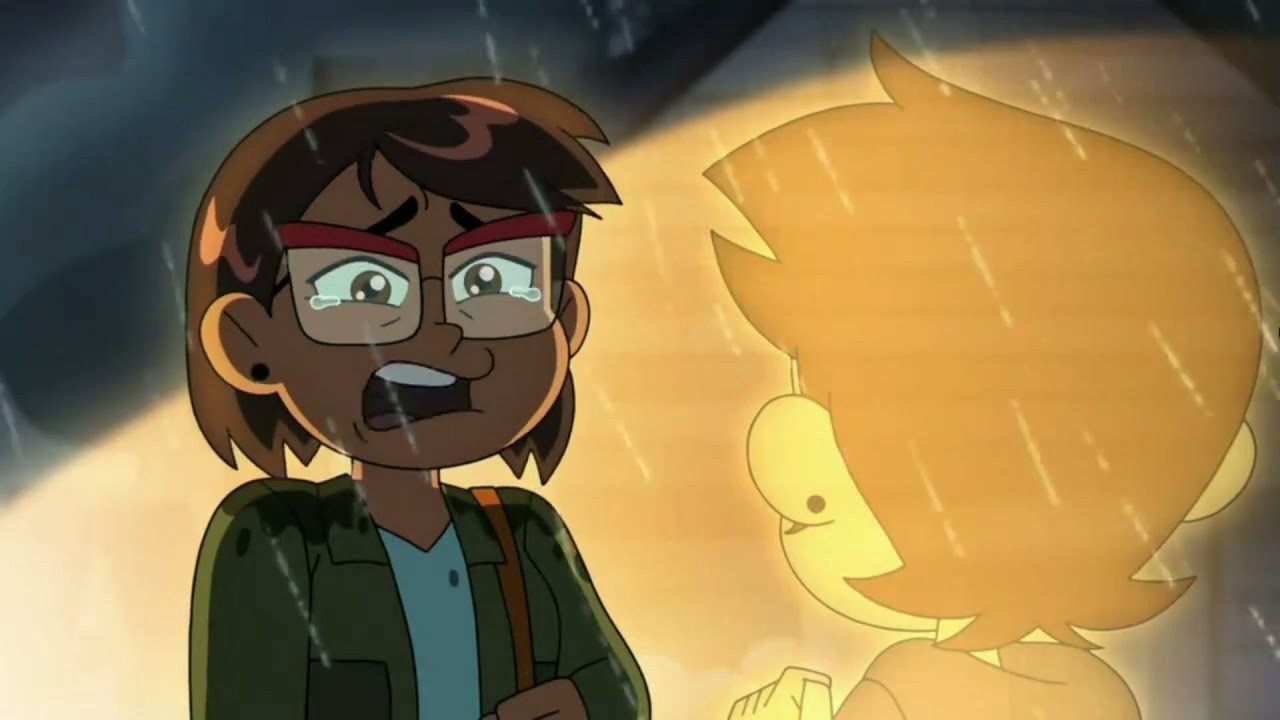 Camila sobs, pleading with Luz to keep her word. Luz promises her mother that it was never her fault that she left. Camila is left alone in the rain after Luz vanishes. Luz shouts out to her mother as she is being dragged from the gateway. Luz is yanked out of the portal by Eda, King, and Hooty just as it begins to close and vanish into thin air. With what they’ve learned, Eda, assures Luz that they’ll have a truly functional portal in no time. Luz glances into the distance, holding back the terrible truth of her stay in the gateway. Eda, King, and Hooty laugh, oblivious to the truth of what Luz has just experienced and promised. 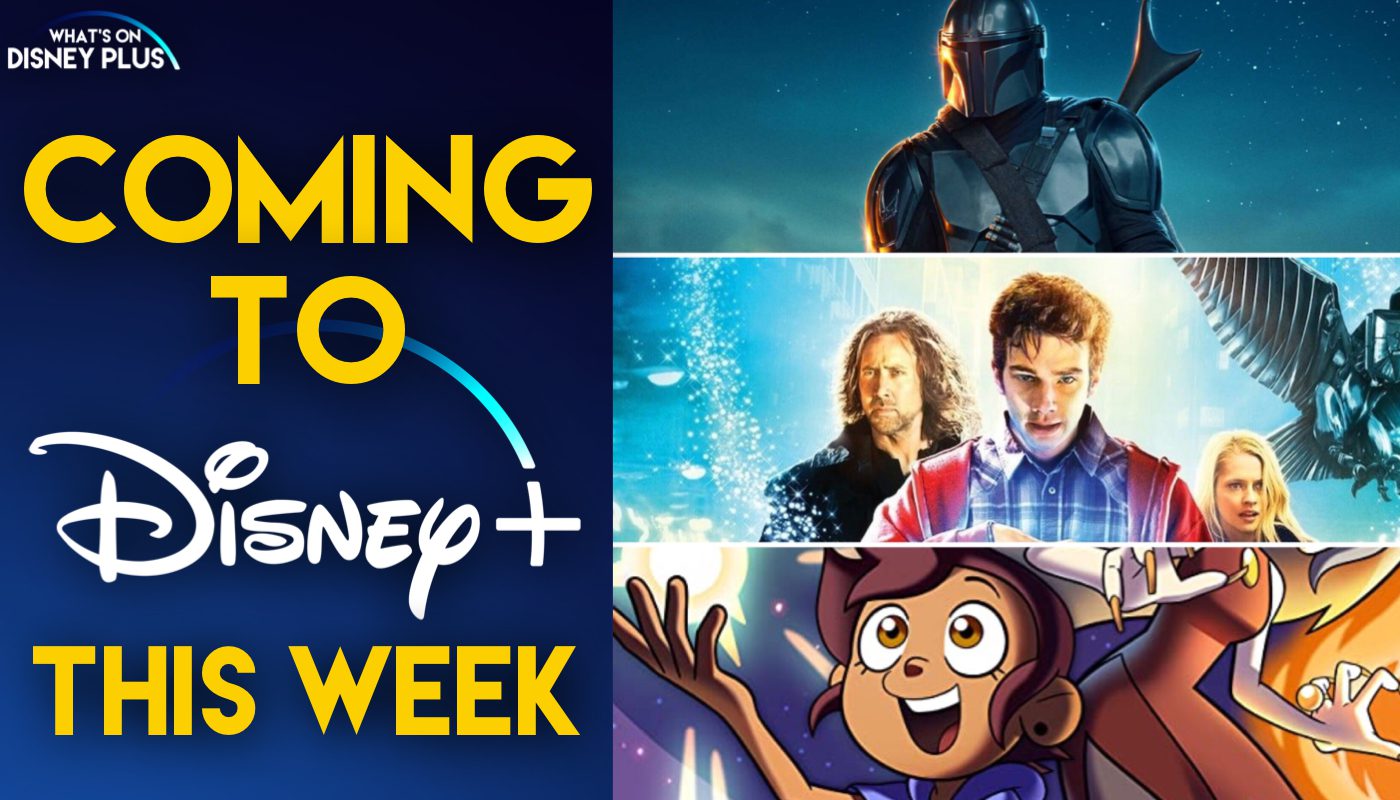 Owl House Season 2B Coming To Disney plus

Thanks to Terrace’s tweet, Season 2B will premiere in just over a month. After Season 2, The Owl House will air its third and final season, which will consist of three 44-minute specials. In a Reddit AMA, the show’s creator, Dana Terrace, addressed many viewers’ concerns about the show’s hiatus, including the show’s sudden ending with a limited third season. According to Dana, Disney execs rejected the show because it didn’t fit into their “brand.”

Dana explained that at the end of the day, a few business people decide what fits within the Disney brand, and one of them decided that The Owl House didn’t. While correlation does not always imply causation, it’s difficult to separate The Owl House’s protracted absence from the behind-the-scenes controversy that resulted in the series’ cancellation. At the very least, new episodes are finally on their way. It just took a five-month hiatus from the airwaves!

Who Will Be Returning For Voicing?

“The Owl House” is full of fantastic characters, including Luz, Eda, and the others listed above, as well as some new and old voices. Luz and Eda share an apartment with King and Hooty in the Owl House. King is a canine-like creature with two horns and a skull on top of his head, claiming to be a former demon king. Hooty, on the other hand, is an owl-faced demon who guards the Owl House’s entrance. Alex Hirsch, the creator of “Gravity Falls,” provides voices for King and Hooty. 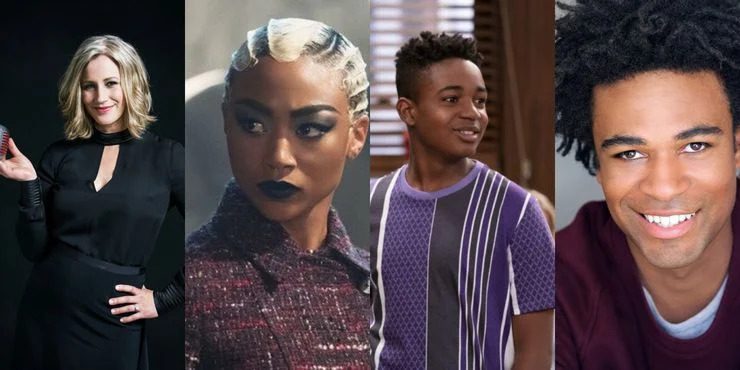 The Owl House Season 2b Cast

Eda’s sister, Lilith, is voiced by Cissy Jones while Luz’s mother, Camila Noceda, is dubbed by Elizabeth Grullon. Emperor Belos of the Boiling Isles is played by Matthew Rhys, and Amity’s twin siblings, Edric and Emira Blight, are voiced by Ryan O’Flanagan and Erica Lindbeck, respectively. Luz meets a variety of demons and other witches as she travels about the Boiling Isles, spending many days in class with other Hexside students or off on quests with Eda. Season 2 of “The Owl House” will expand on the tale and the world we’ve come to know, so stay tuned for more voices in the coming episodes.

What Will Happen In Season 2B?

Season 2 of “The Owl House” is now airing, and Season 2B is planned to follow up where Season 2 leaves off. Luz and King must save a cursed Eda from Belos, who seeks to control the doorway to the human realm, in the Season 1 finale. Luz destroys the portal, her only method of going home, to stop him, assuring her mother that she will soon find another way. Meanwhile, Lilith, who had previously been a devoted Belos follower, turns against him in order to save her sister from a horrific fate. While Lilith is unable to lift Eda’s curse, she is able to transfer half of it to herself, allowing Eda to revert to her former self, albeit with less magic. 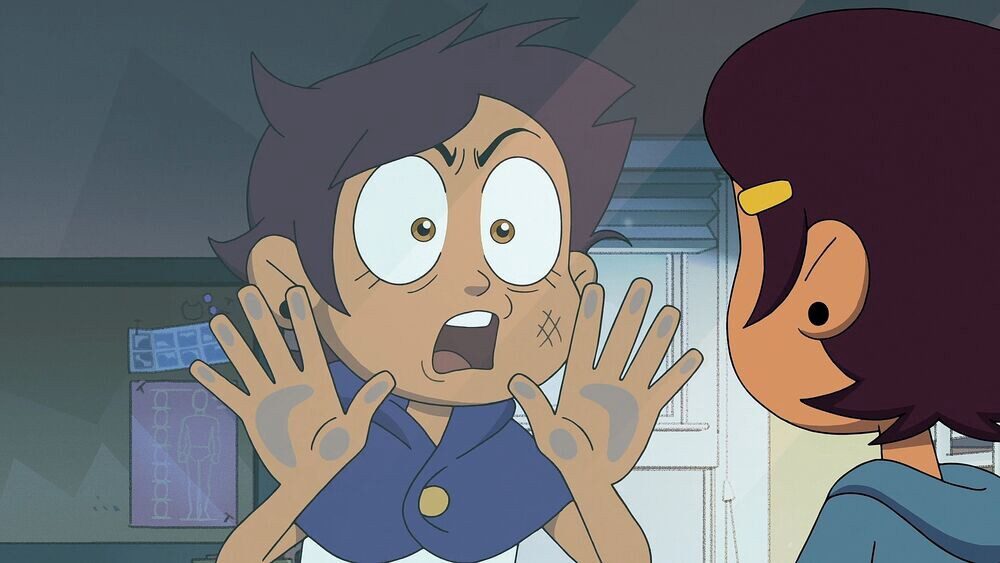 In Season 2, the tone of “The Owl House” becomes darker and more serious. Belos is now working on fixing the portal, while Lilith is attempting to make amends for her prior mistakes by assisting Eda and the others in any way she can. Eda and Lilith strengthen a sisterly bond while dealing with their common curse, which requires the use of elixirs. At the same time, King discovers the truth about his beginnings, Luz discovers the other inhabitants of the Boiling Isles, and Amity’s feelings for Luz — and vice versa — continue to grow. While it’s difficult to predict what challenges this gang will face in Season 2b, one thing is certain: King, Luz, Lilith, Eda, and Amity will all be there, and there will certainly be plenty of magical mayhem.