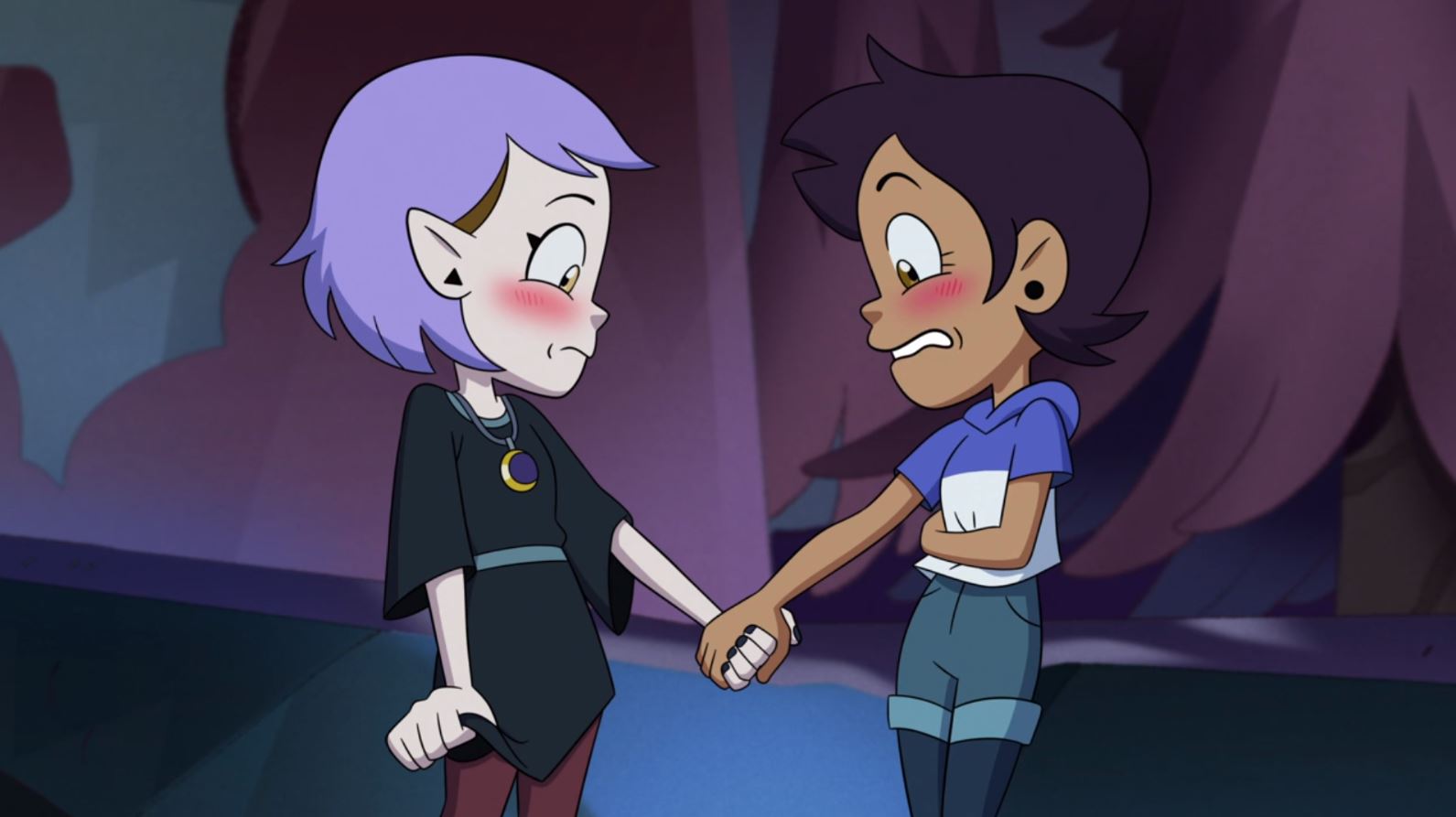 The Owl House Luz and Amity

The Owl House Season 2 Episode 9 is going to be out soon, and before it does, let’s have a brief recap of the last episode. The Owl House Season 2 began on 12th June 2021, and ever since then, ten eight episodes of the installment have been released. The previous episode was mainly focused on Hooty as he takes center stage. Firstly, he writes a letter to Lilith mentioning how helpful he had been the last week. After this, as he heads back into the Owl House, Hooter learns about King, who was having trouble recognizing the kind of demon he was. In the meantime, Eda was wracking her brains over about her curse while Luz was stuck at the moment with a head filled with feelings for Amity.

Hooty, then takes it upon himself to resolve his friends’ problems. Firstly, he goes ahead and has King face some difficult tests. There’s help him get angry as he is able to unleash an echoing blast. Then he goes to help Eda, putting her in a deep sleep to confront her past, and see how the curse had affected her relationships, especially with her father and Raine. Eda finally decides to work with her curse as she is able to unlock a new harpy-like form. Hooty believes that his attempts have been wasted as both of them are angry at him. So he heads to help out Luz. 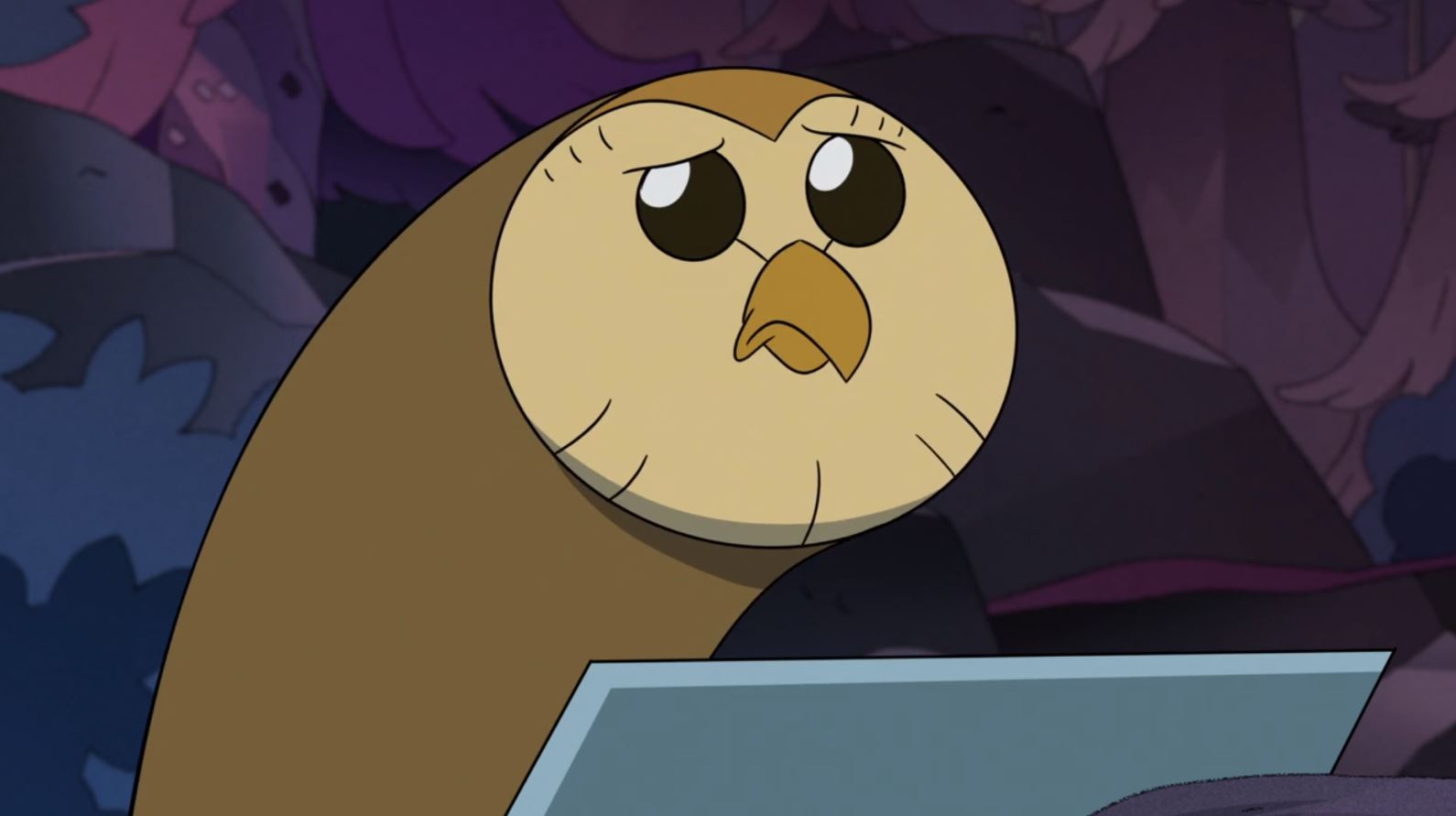 Hooty receiving the letter from Lilith.

The Owl House Season 2 Episode 8, titled “Knock, Knock, Knockin’ on Hooty’s Door,” features Hooty trying to help out Luz. He kidnaps Amity and sends her over with Luz on a tunnel of love. Here, Luz is desperately trying to hide her feelings for Amity. She fears that Amity may have a wrong impression of her. Hooty feels that all his attempts failed when Eda and King return to express their gratitude for Hooty’s help. Here, Hooty was creating chaos in the house and yard as Eda and King manage to hold him long enough for Luz and Amity to ask each other out. Relieved by his own actions, Hooty decides to deliver a letter to Lilith, during which he meets a person who resembles King. As he is about to send the letter, he ends up eating it along with a bug. 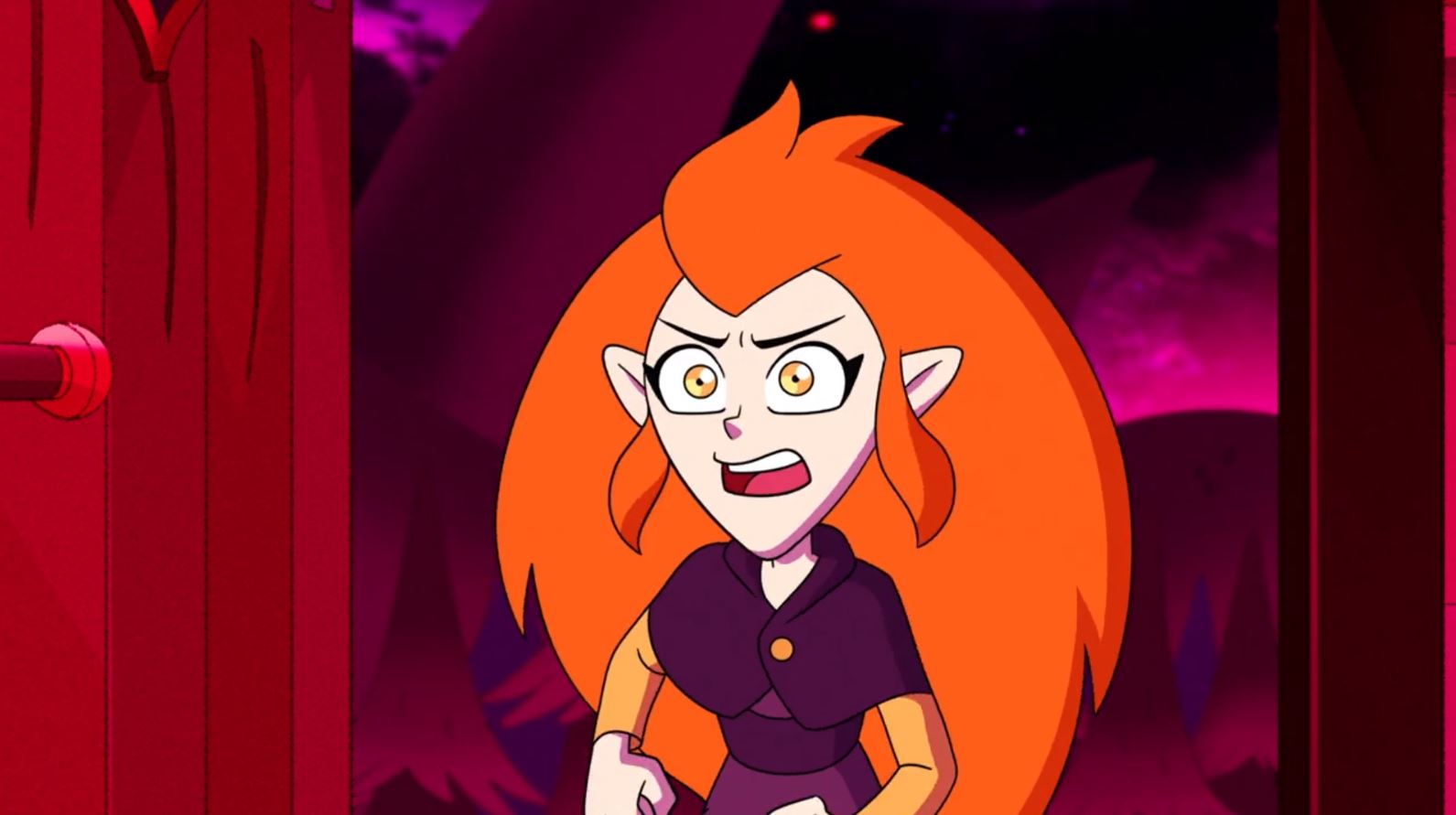 Eda facing her past.

When Will The Owl House Season 2 Episode 9 Be Released?

The Owl House Season 2 Episode 9 is set to be released on 7th August 2021. This episode will be titled “Eclipse Lake.” And just like all other The Owl House Season 2 episodes, this episode too will be aired at 10 am ET / 9 am CT. These episodes come out every Saturday and have a runtime of about 22-24 minutes approximately. Fans of The Owl House may want to watch its episodes as soon as they come out. And if you would like to do the same, make sure to convert the time mentioned above to the one of your local time zone and tune in to watch.

We also have the episode schedule for the next episode. The Owl House Season 2 Episode 10 is set to be released on 14th August 2021. This episode will be titled “Yesterday’s Lie”. This season of Owl House is set for 21 episodes, meaning we still have 11 episodes to look forward to after these two episodes release. Fans of the show fret not as The Owl House has already been renewed for a third season, which is set to be the last season in the show. 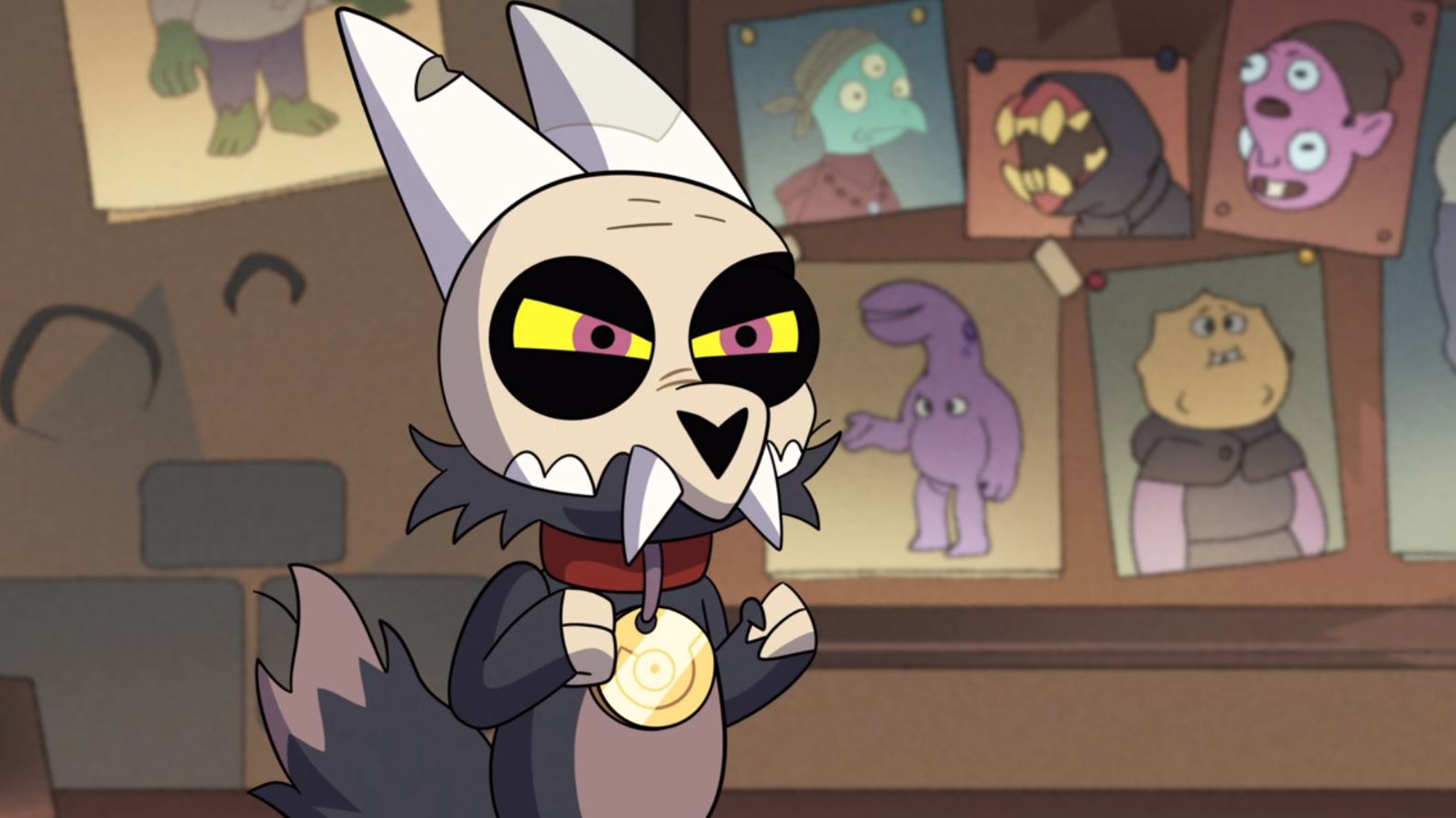 King about to take his tests.

The Owl House Season 2 Episode 9, titled “Eclipse Lake,” will follow Luz. She has become sick with the common cold. Meanwhile, Amity takes charge to go on a mission. So, alongside King and Eda, Amity heads to find an important ingredient. This is required for the portal door to the Human Realm. But this search won’t be ready easy as they will face hurdles in their way. This will be caused by someone who is also on the trail for the ingredient. Hopefully, by the end of the episode, we will see Luz get back to get feet same join the gang.

Where To Watch The Owl House?

The Owl House is available to eat h on Disney and DisneyNow. If you miss the episode during the airtime, you can also watch The Owl House on Disney+, YouTube, and Apple TV. Additionally, the show can also be watched using your cable operator details. This can be done through DirecTV, Sling, FuboTV, Spectrum OnDemand, and Xfinity Stream. If one would like, they can also purchase or rent individual episodes of The Owl House on Amazon Prime Video, Google Play, and iTunes.