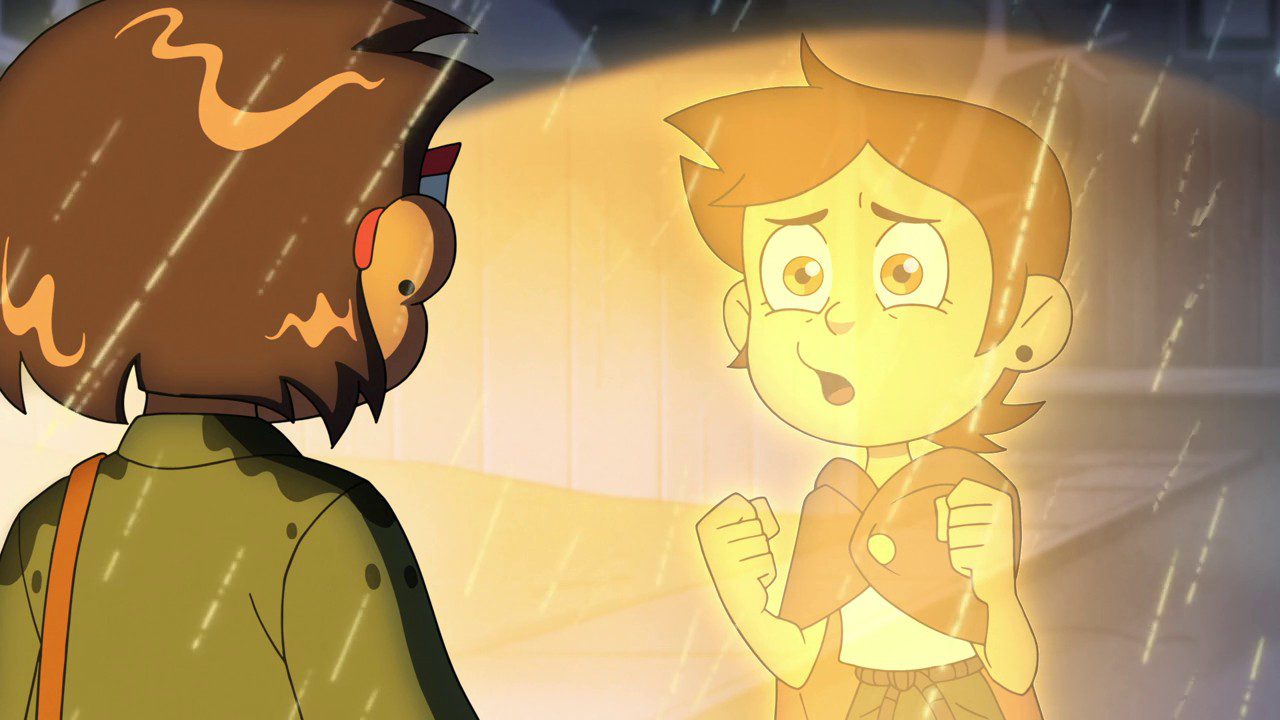 Another Saturday is coming around, and we were hoping for The Owl House Season 2 to come around with Episode 12. But at the moment, even episode 11 is lost, and we wonder why. So it took a while for us to figure out and to be clear. The show isn’t canceled amidst its run or anything. There is a strong reason behind the show’s disappearance, and that’s what we will be discussing here today. Thus detailing you on when can you expect The Owl House Season 2’s return with Episode 11 and 12.

Before we move into that, we may also have a quick recap on everything that went down recently on the show. Especially because the events really marked a turning point for the show. Thus making its disappearance reasonable. Luz had found a way back to her home and to meet her mother after a long time. But she came this close, and the reunion missed out. An emotional one for the show so far. So what went down? How did Luz pull the transport, and what’s next? Let’s get back.

Previously on The Owl House Season 2, we opened up with a regular day in the life of Luz in the human world. Luz’s mother Camilla loves her a lot and is investigating the mysterious traps around their houses. That was until Luz faces herself in the mirror. Cut to the demon world, we see Luz working on a portal that may help her get back to the human world. With a little help from Eda and King, she jumps in but realizes she can only reach the reflections of a different world. 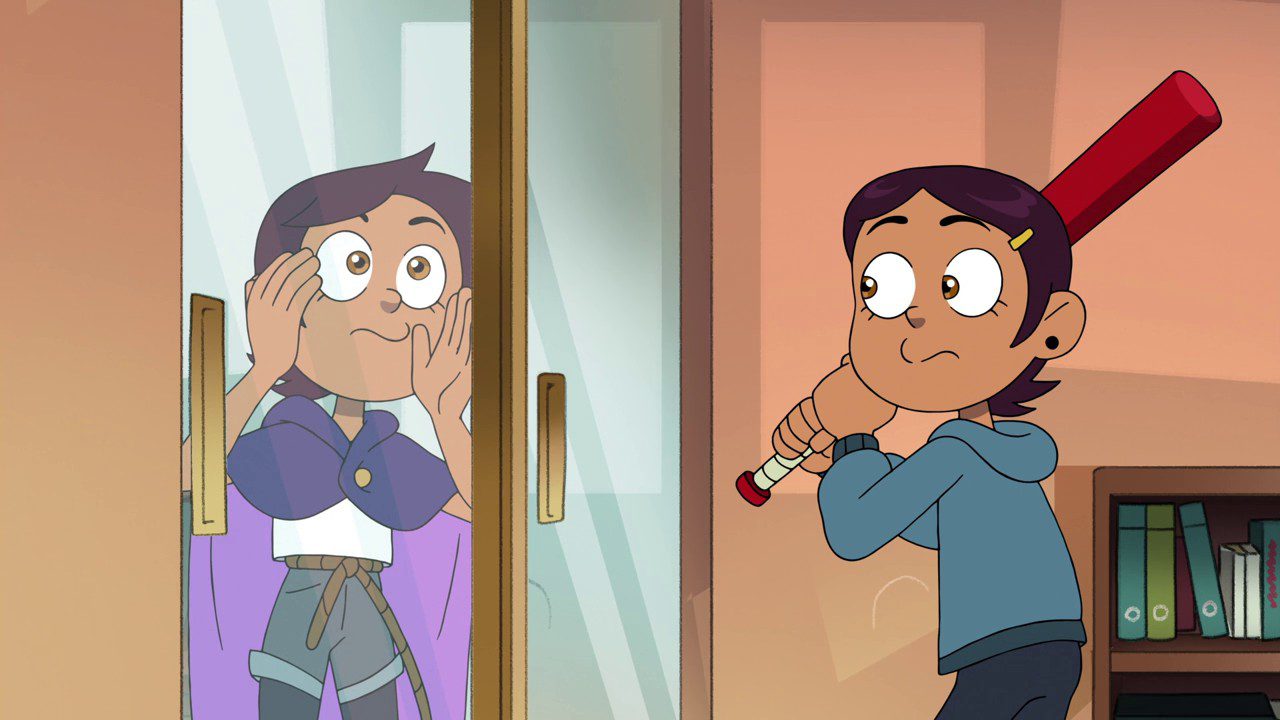 After a few jumps, Luz reaches the human world and sees her mother after months. But also realizes a doppelganger has taken her place while she was away. She confronts the scared doppelganger alone and assures help, but she just runs away. Soon she finds herself in another trap place around the house in an attic room. This leads the doppelganger to reveal her real self as the demon from the demon world who ran away when she found herself lonely.

Luz assures Demon named Number Five/Vee that she could help and lead her back to the Demon world. But the demon doesn’t want to go back. So Luz assures them she could stay with them, but unfortunately, the demon’s magic has run out. So everyone can see her appearance now. Also, someone is keeping a watch through hidden cameras. Anyway, Luz advises Vee to find Eda, who has often visited the human world. 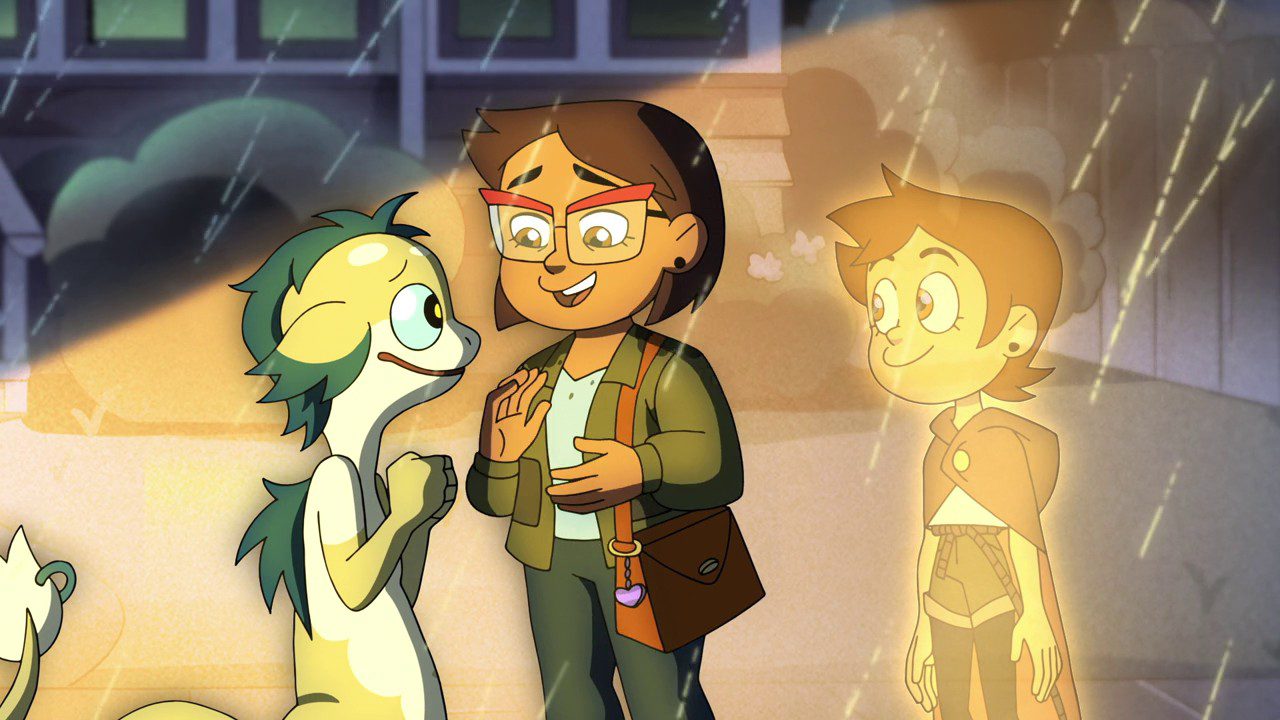 From The Owl House Season 2 Episode 10 Featuring Luz, Her Mother Camilla, and Vee

After a few failed attempts, Luz and Vee come across Hexes Hold’em cards which are available to buy at Gravesfield Historical Society. Vee confesses her dark past. Vee’s species was brought back to study how they lost their magic and how she has hurt her whole life. Until she saw Luz escaping and took her place and found Solace with Luz’s mother, Camilla. So Luz’s situation is nothing alike.

The episode comes to a close with Vee and Luz realizing the Professor at Gravesfield Historical Society is the one laying traps and keeping watch on Vee to trap and upload the demon’s existence on the internet. With Vee trapped, Luz confesses the truth to her mother Camilla and asks for help. Camilla rescues both and realizes the Demon world Luz told about was real. The mother-daughter parted ways moments after reuniting with Luz, promising Camilla wasn’t the reason she ran away. Furthermore, she will build a stronger portal next time as she was pulled out by Eda and King. Luz kept the truth away from her friends, and the episode wrapped up.

The Owl House Season 2 Episode 12 Release Date: Where Are They?

Unfortunately, there is no release date for The Owl House Season 2 Episodes 11 and 12 officially at the moment. The best we can expect them to return is around late 2021. Disney hasn’t officially announced the reason the show stopped airing. But we can say it is nothing but a regular hiatus, much like how Season 1 had. Right now, The Owl House Season 2 is aiming to have 21 episodes, so Episodes 11 and 12 are inevitable. The first season had around three months of hiatus before it returned.

The Owl House Season 2 Episode 11 and 12 doesn’t seem to have official details yet. But looking at what happened recently on the show, we are betting it will be the beginning of the work from scratch for Luz. She came this close to returning to her home, the human world. She did meet her mother through reflections and helped someone in need. Thanks to the portal she built, which wasn’t perfect but helped a lot. Now it’s time to build a perfect one, and with Eda and King on her side, it’s just a matter of time. Until then, stream The Owl House Season 2 on Disney Now’s Official Website.