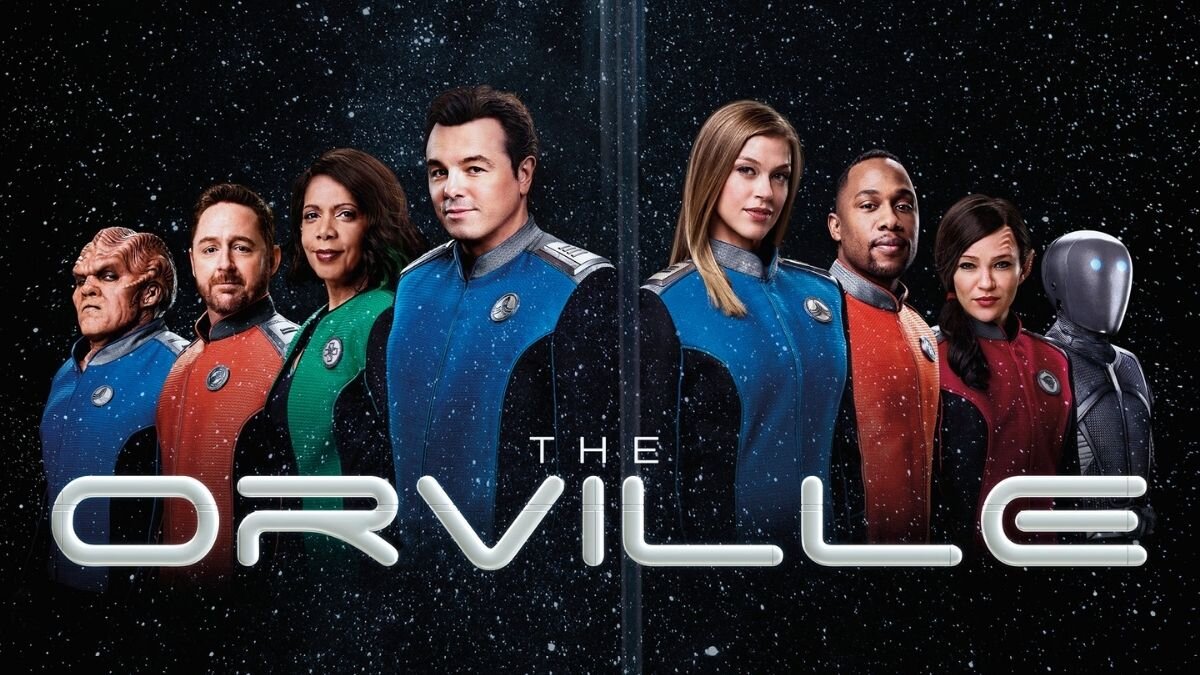 The Orville, the sci-fi comedy-drama is making a shift for its third season as of lately. Created by Seth MacFarlane, The Orville debuted in 2017 on Fox taking inspiration from various sci-fi ventures. The show has taken cues from legacy shows like the original Star Trek as well as its Next Generation successor. It tends to parody the events and settings of these full-fledged dramas giving us a lazy fun watch. Starring Seth MacFarlane himself in the lead role, the series has so far completed two seasons. Now, the audiences have been longing for a third consecutive season for the sci-fi comedy-drama.

The Orville follows the story of a spacecraft of the same name called USS Orville (ECV-197). With a number of crew members aboard, they take on day-to-day challenges into space which involves exploring planets and galaxies. With pandemic around and The Orville making a network jump, there is a lot going around the third season of the sci-fi comedy. So here we are taking a look at everything we know about the third season of The Orville as of now.

Is The Third Season For Coming And When?

Yes, The Orville has been already renewed for a third season last year on July 20, 2019. MacFarlane announced the renewal on San Diego Comic-con. The only difference this time would be the Network. The series which originally started airing on Fox on December 30, 2018, has wrapped up its stint on the network with the second season. The show will now be returning officially with a third season on the streaming service Hulu. Since both Fox and Hulu come under Disney, we are not expecting the show to change much.

The Orville Season 3 – Episodes And Where To Watch?

The very first season of The Orville consisted of a total of 12 episodes. Two more episodes were added to the following season. It’s announced that the third season will consist of 11 episodes instead and will run for 10 minutes more than it’s used to usually. 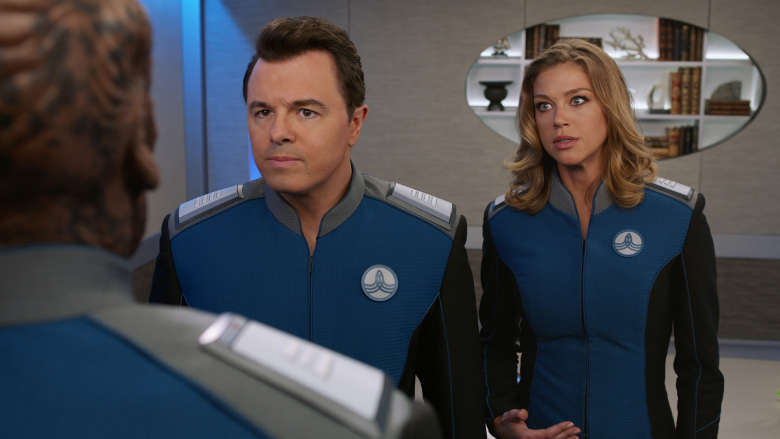 The first two seasons of The Orville are available to stream on Hulu officially in the United States.  The third season whenever it returns will also join the network. For international fans, the series might be available through local OTT platforms according to the region preferred.

Read More: Top 10 TV Shows Like Bridgerton You Should Not Miss!

Well, The Orville is much like a sitcom at the end of the day. For the first two seasons, each episode carried its own story and plot. There were only rare instances where the plot was carried into another. But, as the show is making a shift to Hulu, editor Tom Costantino has stated that the show will continue the plots for a whole season. The show is in turn for being more dramatic than usual. The extra 10 mins add-in for more stories to cope up with. Also, consider the extra visuals coming in. 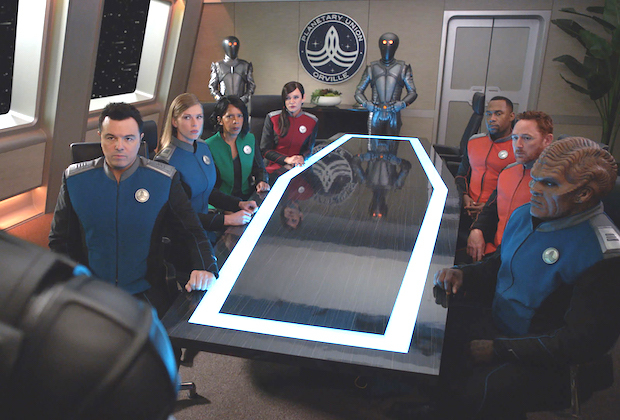 So far, Seth MacFarlane has teased the return of Alara Kitan. The show will dive into the questions revolving around Krills. Who are they? This was supposed to be part of the second season. With Hulu giving away more creative freedom, the series will take it to another level for sure. Also through one of his tweets, Seth MacFarlane has teased whatever we saw in the previous seasons will come to an obvious conclusion in the third season of The Orville.

The Cast For The Orville Season 3

The majority of the cast of The Orville is returning for a third consecutive season. The cast is definitely confirmed plus a previous member returning. Starting off with the lead Seth MacFarlane as Captain Ed Mercer joined by Adrianne Palicki as Commander Kelly Grayson who is also the first officer of station and Ed’s ex-wife. The main cast also includes Peter Macon Jerald in the role of Lt. Cmdr. Bortus, Penny Johnson Jerald in the role of  Dr. Claire Finn along with Jessica Szohr as Lt. Talla Keyali, J. Lee as Lt. Cmdr. John LaMarr, Scott Grimes as Lt. Gordon Malloy, and Mark Jackson as Isaac. 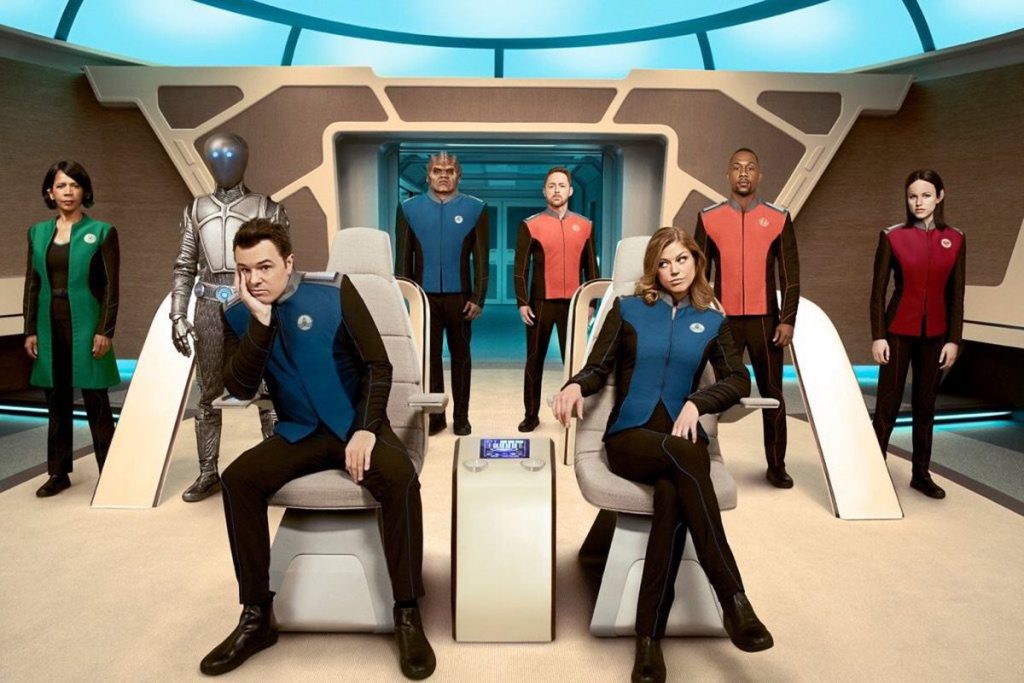 Although we lost Lieutenant Alara Kitan in the second season, executive producer David Goodman has teased she will be coming back anyway. Not as a regular but as a recurring for sure. So this adds in Halston Sage to reprise her role as  Lieutenant Alara Kitan for another run on The Orville. Another face joining as a recurring part is Chad Coleman as Klyden. The new face joining the cast includes Anne Winters in the role of Charly Burke.