The new release by the JTBC drama series ‘The One and Only’ has again set the internet on the “viral mode”. 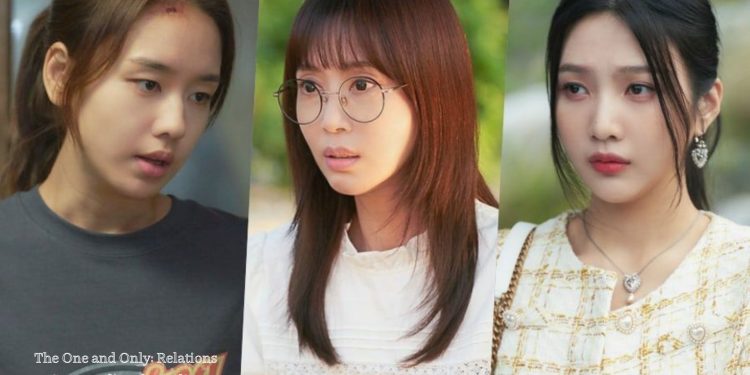 The One and Only

The new release by the JTBC drama series ‘The One and Only’ has again set the internet on the “viral mode”. Fans out there are always on the lookout for new details and information about their favorite drama and their comfort characters. The new revelation by JTBC has become a new treat for all the audience out there. The drama series has released an intricate character chart for the drama series “The One and Only”.

It is no surprise that the fans out there have already stacked up all the social media platforms with the new detail. The drama series has managed to steal the limelight since the release of its first episode, and thus, it is not a surprise to see the fans feasting on this new information. Apart from the three amazing ladies, i.e., the protagonists of the show, there are also many other relations surrounding them.

There is a whole list of several diverse characters that our ladies are going to encounter. To put it more briefly, there’s a lot to happen in the upcoming episodes of the show, and therefore it is always good to know the new characters that we will interact with. JTBC has made the job easier.

Here, we have summarized all the details about the new characters in the series that are going to affect the lives of the three ladies. Let’s have a quick look inside.

‘The One and Only’: The Character of Kim Kyung Nam

Apart from our fantastic ladies, i.e., Ahn Eun Ji, Joy, and Kang Ye Won, there are many other relations surrounding them which are going to affect their lives in a very crucial way.

There are several diverse characters in the show that all the viewers are going to encounter in a very interesting way. In the intricate character chart, the most intriguing character is Min Woo Chun, portrayed by Kim Kyung Nam. He is one of the most noticeable characters, aside from the ladies.

He has feelings for Pyo In Sook and is a mysterious hitman being chased by an inspector named Jo Si Young from the Special Crime Investigation Team. Hwang Ma Jin, portrayed by Lee Bong Ryun, and Oh Jin Kyu, played by Jang In Seob, are also part of this team.

He is also the colleague of Shin Tae II, portrayed by Ahn Chang Hwan, who is the president of a commercial agency. Shin Tae II is given a murder contract by capo Park Seung Syun portrayed by Choi Young Woo but is handled by Min Woo Chun.

Also Read: Yoon Joo Might Lose Her Identity As Dr. Kang In Let Me Be Your Knight Episode 8

‘The One and Only’: The Relations Surrounding the Ladies

Kang Se Yeon is a married woman, and her husband is Oh Young Chan, played by Han Kyun Won. Sung Mi Do is in a relationship with a talented third-generation chaebol named Gu Ji Pyo named Han Kyu Won.

Other than them, there are other characters at the “Morning Light” hospice. There is Magdalene, the director played by Lee Soo Mi, and Veronica, played by Bora, who becomes a nun at a very young age.

Cha Yeo Wool portrayed by Joo In Young, Oh Chun Deok played by Sung Byung Sook, Moon Young Ji portrayed by So Hee Jung, and Choi Sung Hae played by Lee Hang Na are the other patients at the hospice.

All these characters are going to play an effective role in the story development of the drama series. They are in the side role, but their lives inside the series are going to affect the lives of the three ladies, too, in a very interesting and intriguing way.

We are going to see more of them in the upcoming episodes of the show. Therefore, buckle up to meet these fantastic new characters.

Also Read: Semantic Error BL: Everything You Need to Know About the K-Drama

What are Genshin Impact Redeem Codes in December 2021?