The South Korean drama series ‘The One and Only Episode 7’ is hitting the screens really. 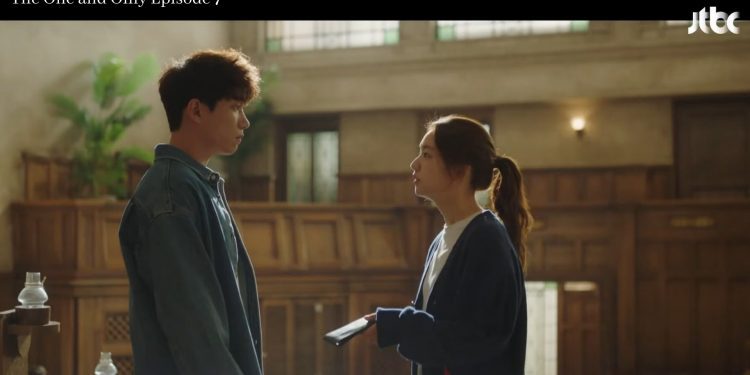 ‘The One and Only Episode 7’

‘The One and Only Episode 7’ is soon about to be released, as the South Korean drama series has been doing fairly well on all grounds. Its viewership scale is something that has been broadening since its debut. With every new episode, new viewers join the show, and all thanks go to the encouraging reviews left behind by the fans of the series.

The K-Drama series has not only attracted audiences from its domestic arena but also from the global one. Moreover, the nerve thrilling suspense and revelations in the drama series have intrigued everyone out there to the very next level. We are expecting the drama series to become one of the most in-demand with its upcoming episodes.

With the continuous investigation and cases going around by the police and crime department, the three ladies and Min Woo Chun has been trapped inside a never-ending circle of escape. Furthermore, all the viewers out there are really eager about this seventh episode of the show. Here we have gathered all the details about the same. So, let’s have a quick skim inside.

‘The One and Only Episode 7’ Spoilers & Recap

The South Korean drama series has developed several layers of plot points in its previous episodes. The game of hiding the truth under the rug is on, and the police department is all geared up for finding out the real culprit behind the death of Han San A’s abusive father. Things are going in circles, and the fear of getting caught is clearly visible in everyone’s eyes.

Tired from all the situations going around her, Pyo In Sook decides to confront Min Woo Chun about the crime. She says that he doesn’t need to take the blame as she has decided to turn herself into the police. When he tries to interrupt her, she becomes persistent and keeps saying that the murder has been done by her.

In between their conversation, the police enter the area to arrest Min Woo Chun. Pyo In Sook, still not knowing their presence behind her, keeps rambling. And, the viewers are left with jaw hanging down when Woo Chun kisses her. He does that to shut up her up from admitting her crime again and again so that the crime investigator couldn’t hear anything.

At that time, Pyo In Sook has a trip down to her past and her belief that whatever hands she will hold will always leave her behind hurt and sad. And when the realization hits in, she pushes him away and walks down to her room. At last, he is taken away by the investigators and questioned in all ways. On the other hand, the ladies are worried about him snitching on them. But Sung Mi Do comes up with this realization that he won’t drag them in the case if he really likes Pyo In Sook.

The upcoming episodes are going to be a lot more mysterious and interesting to watch with the DNA reports coming in.

Where to Watch ‘The One and Only Episode 7’?

Viki is the stop for all the viewers out there who are looking for a reliable streaming platform to watch The One and Only. It is easily accessible to both domestic and international audiences. The process for the access starts with logging in to the platform and then buying a subscription plan according to their requirements. Moreover, the domestic audiences can also catch up on the show on the online streaming platform TVING. This, too, will need them to buy a subscription plan to start watching the episodes of the drama series.

‘The One and Only Episode 7’ Release Date

‘The One and Only Episode 7’ will be released on January 10, 2022, at 7:30 PM. The upcoming episode is going to bring a storm of events for the audience out there. Therefore, we suggest you buckle up for a rollercoaster ride. With its previous six episodes, the drama series has successfully managed to captivate the majority of its audiences. All of them are eager to know the events ahead, and the wait is going to be over really soon.

Moreover, the drama series has been doing really well with everything. Thus, the expectations from it have risen up by a level, and we can assure the viewers that they are going to have one worth ride. Many nerve-wracking revelations have been done in the previous episodes of the show, and all of them have successfully formed a layer in the plotline of the show. Furthermore, the viewers are expecting to see the interactions between Pyo In Sook and Min Woo Chun, and all thanks go to their amazing acting skills. The situation has escalated to a new level now, and the show is all set to switch to high-speed mode.

Also Read: Will Jihoo Be Able to Escape His Grandmother In Uncle Episode 10?