‘The One and Only Episode 3’: A Series of Unpredictable Events 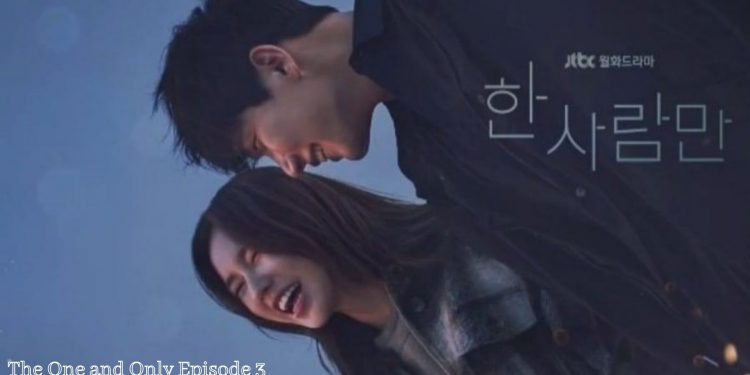 The One and Only Episode 3

The South Korean drama series ‘The One and Only Episode 3’ is hitting the screens really. The show has done a great job in attracting a huge base of viewers towards it. In a very short period of time, it has become one of the most intriguing shows for everyone out there. And, it is no surprise that it has cemented its position on every K-Drama lover out there.

The texture of life has been portrayed in a very crucial way in the series. It doesn’t only remind us to focus more on ourselves but also to appreciate all the little moments in our lives. Through its plot points and amazing characters, the show is giving out the message that we would never know when we God will put a full stop to our life. Therefore, it is really necessary to play our best cards and live beyond the boundaries and think out of the boxes.

Moreover, the drama series is getting global attention, and that is a real great thing. It is not only popular in the domestic arena but also in the international one. Just with two episodes, it has managed to give out an excellent delivery of everything. And, that has impressed everyone to a great level. Furthermore, all the viewers out there are really eager about this third episode of the show. Here we have gathered all the details about the same. So, let’s have a quick skim inside.

The One and Only Episode 3: When Is the Episode Premiering?

The One and Only Episode 3 will release on December 27, 2021, at 7:30 PM. The wait is going to end soon, and we will have the storyline ahead really soon. The cliffhangers are the worst part of anything, and in just some days, we will be over all of them. It is no surprise that the show has managed to bag all the headlines of the internet media. There’s a lot happening inside the series, and fans out there are very excited to add more into it. Monday and Tuesday have become the favorite weekdays for everyone out there as they get the new episodes on both.

With only two episodes, the show has been stacked up with several positive reviews and comments. Also, the positive ratings are really encouraging and are successfully attracting other viewers too. Moreover, the upcoming episodes are going to bring up many new characters and are going to open several hidden secrets. The ladies are all set to discover the truth of their lives and find a way out of their miseries and loneliness.

The One and Only Episode 3: Where to Watch?

If you are comfortable with buying a subscription, you should go to Viki. It is a streaming platform available for both international and domestic audiences. You can easily catch up on all the episodes after completing the subscription process and logging in to the platform. Though, if you are residing in South Korea, then you can always go to the JTBC channel on your television network.

The One and Only Episode 3: Spoilers & Recap

In the previous episodes of the show we saw, the three ladies i.e., Pyo In-Sook, Sung Mi Do, and Kang Se Yeon meeting each other and get entangled together in a very unique way. There was this young child named Ha San Ah who lived next door to Pyo In Sook. She is living a horrible life as her father is very abusive and violent with her. And the big thing about the situation is that Pyo In Sook’s grandmother Yook Sung Ja has been assaulted by him before. Kang Se Yeon says to this, “If you can save someone by killing them, wouldn’t you make that choice? We are going to di anyway, so why don’t we just take one person?”

The three women go after her father on a rainy night, and they stumble across an unexpected witness named Min Woo Chun. In the next scenes, we saw them in dazzling dresses inside some club instead of long black raincoats. While Sung Mi Do looks all mingled up with the place, In-Soo and Kang Se Yeon look odd ones out. There are many hints that something big is going to happen in the upcoming episode of the show.

ALSO READ: Who Will Be The New Guests On The House on Wheels 3 Episode 10?

Marilyn Monroe Pregnancy: All The Rumors and Truth Behind it!