‘The Old Guard’ Ending Explained: Forever is Harder than it Looks! 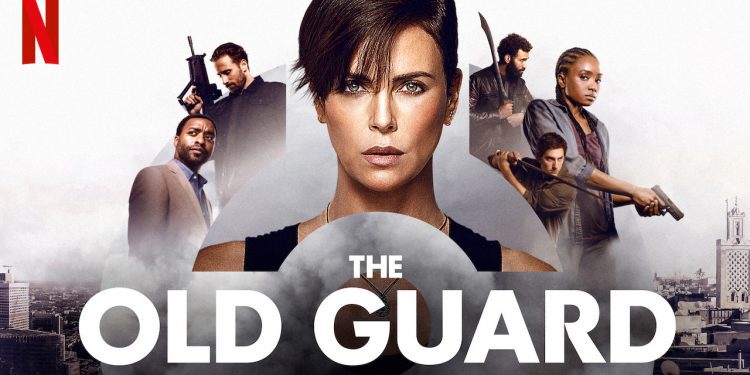 ‘The Old Guard,’ Netflix’s original movie, is a thrilling superhero film based on immortality. The movie depicts how it’s no more possible to keep anything hidden for longer, even if it’s divinity in 21st Century. The movie stars Charlize Theron as Andy; KiKi Layne as Nile; Matthias Schoenaerts as Booker; Marwan Kenzari as Joe; Luca Marinelli as Nicky; Chiwetel Ejiofor as Copley; Harry Melling as Merrick; Veronica Ngo as Quynh; and more. So, here, we shall be looking into the ending of The Old Guard.

From the beginning till the credits, this iconic art piece sticks the viewer’s eyes on the screen. The end of ‘The Old Guard’ itself was a huge twist that left the audience demanding a sequel. Andy found Quynh after a very long lonely time period. In the movie, Quynh is only in the memories until the end when the long ago drowned immortal lady is found at Booker’s apartment. As Quynh addresses Booker, it seems like she has been there all the time, just out of sight. But what we want to know is why hide from your best friend, Andy? Don’t worry! We have got your answers.

What actually happened in the end?

By the end of ‘The Old Guard,’ we see the oldest warrior Andy or Andromache of Scythia (Charlize Theron) appears to be losing her immortality. Booker (Matthias Schoenaerts), another immortal from the small army of 5 immortals, is found betraying his own team, for which he is exiled for an entire century from the army. As Andy is most likely not an immortal anymore, it means that Booker would probably never see her again. Impressed from the research of Copely (Chiwetel Ejiofor), Andy allocates him the job of erasing their prints and bringing them appropriate jobs (saving people), which Copely respectfully honors. Meanwhile, the exiled member Booker encounters Quynh (Veronica Ngo) in his own apartment in Paris. The movie ends with Quynh saying, “Booker! It’s nice to finally meet you.”

The end confirms the sequel of the movie but we expect some delay in the release due to the Coronavirus outbreak.

Through our eyes: The end of ‘The Old Guard’

Through her casual expression, we can guess Quynh didn’t find Booker all of a sudden.

Quynh says, “Booker! it’s nice to finally meet you.” The way she used “finally,” it appears like she has been tracking Booker for quite a long, or maybe not just him but all the immortals. Her dialogue clears it well that she has been very well aware of Booker’s existence, which is not possible if she escaped the iron coffin right before reaching him. It is very obvious one can’t just come out of a deadly sea and find their alike personality next door. It is possible that she came out of the coffin long ago and she finally managed to find her ex-best friend, Andy.

How did Quynh escape the iron maiden?

Quynh is thrown into the deep sea caged under the iron maiden 500 years back. As the coffin is made up of Iron, it would surely rust one day or another. In the water, Iron must have rotten far too soon, which means all the time when everyone thought of her suffering, she had already escaped that hell. She must have tried to find Andy, her only companion for ages. Her cold face doesn’t look anyways positive, though! If she was the old Quynh, she would’ve reached Andy right when she found her. As she didn’t do so, it seems like Quynh is holding some grudge against Andy in her heart.

How did Quynh find the immortals in The Old Guard Ending?

It is important to know How Did Quynh Find The Immortals? Well, remember when Andy said, “If we’re dreaming about her, she’s dreaming about us.” Here is a reminder that Nile (KiKi Layne) saw Quynh in her dream, which means Quynh too saw her and others. This is exactly how it should be.

Is the ending of ‘The Old Guard’ the beginning of another story?

In the ending of The Old Guard, Andy keeps blaming herself for the dreadful punishment of Quynh, it seems like Quynh thinks the same. Even in the comic, Quynh is a major antagonist of the mercenaries. It is possible that she has some big plans to plot, and that’s why she chose Booker. As they say, “Once a traitor, always a traitor,” it is Booker who can change the side again and support Quynh. But as he has seen the consequence of betrayal once, it is possible that his conscience won’t let him repeat it.

There has been no official announcement of the sequel as of now.

We will keep you updated, so stay tuned!

Also Read: 10 Best Action Films To Watch If You Liked ‘The Old Guard’ – A Must-Watch List

Is Jenny Marrs Pregnant? A Deep Dive Through The Rumors