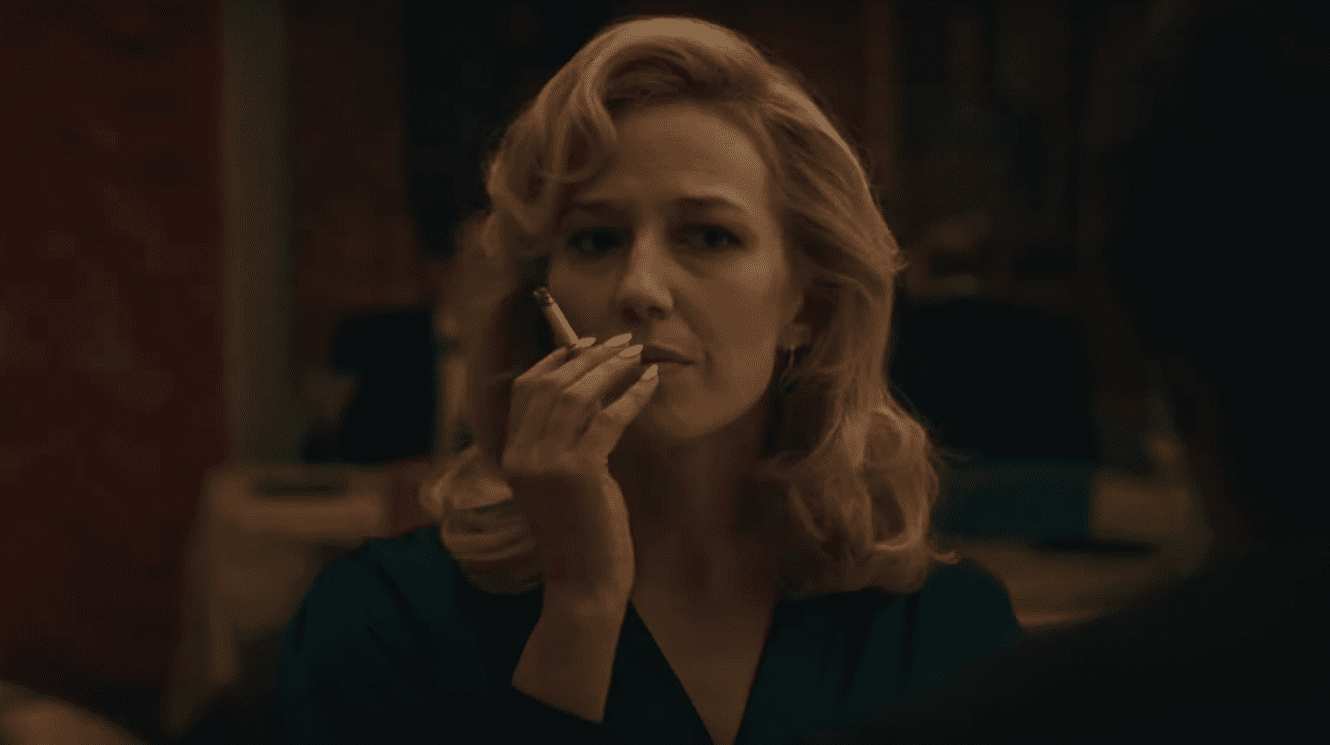 Directed by Sean Durkin, this is a masterpiece film that was released in late 2020. “The Nest” is one of the best creations of the director, Season Durkin, and each and every minute of this film was just full of so many emotions and gestures that it was making all the 107 minutes of this film worth watching. Each and every emotion and gesture of this film was portrayed so amazingly by the entire team keeping the story on the dark side and giving the viewers a view of the very dark physiological and thriller film full of honest realizations and acceptance.

This film was given a theatrical release even though the conditions of the outside world were not so perfect and hence it didn’t perform extremely well at the box office but still those who were able to watch it has really liked the unique way of portraying the plot of the director, by keeping the things with the modern thinking but an old and dark concept. Soon, this film will be getting a digital release, and we will update you about that very soon as we have come to know that a lot of people are very much excited about this film.

This film was really amazing throughout the time, but still, if the end has puzzled you, then we have got the proper breakdown of the end by covering all the major points and incidents and along with that the complete synopsis of what has happened in this film. Spoilers Alert* 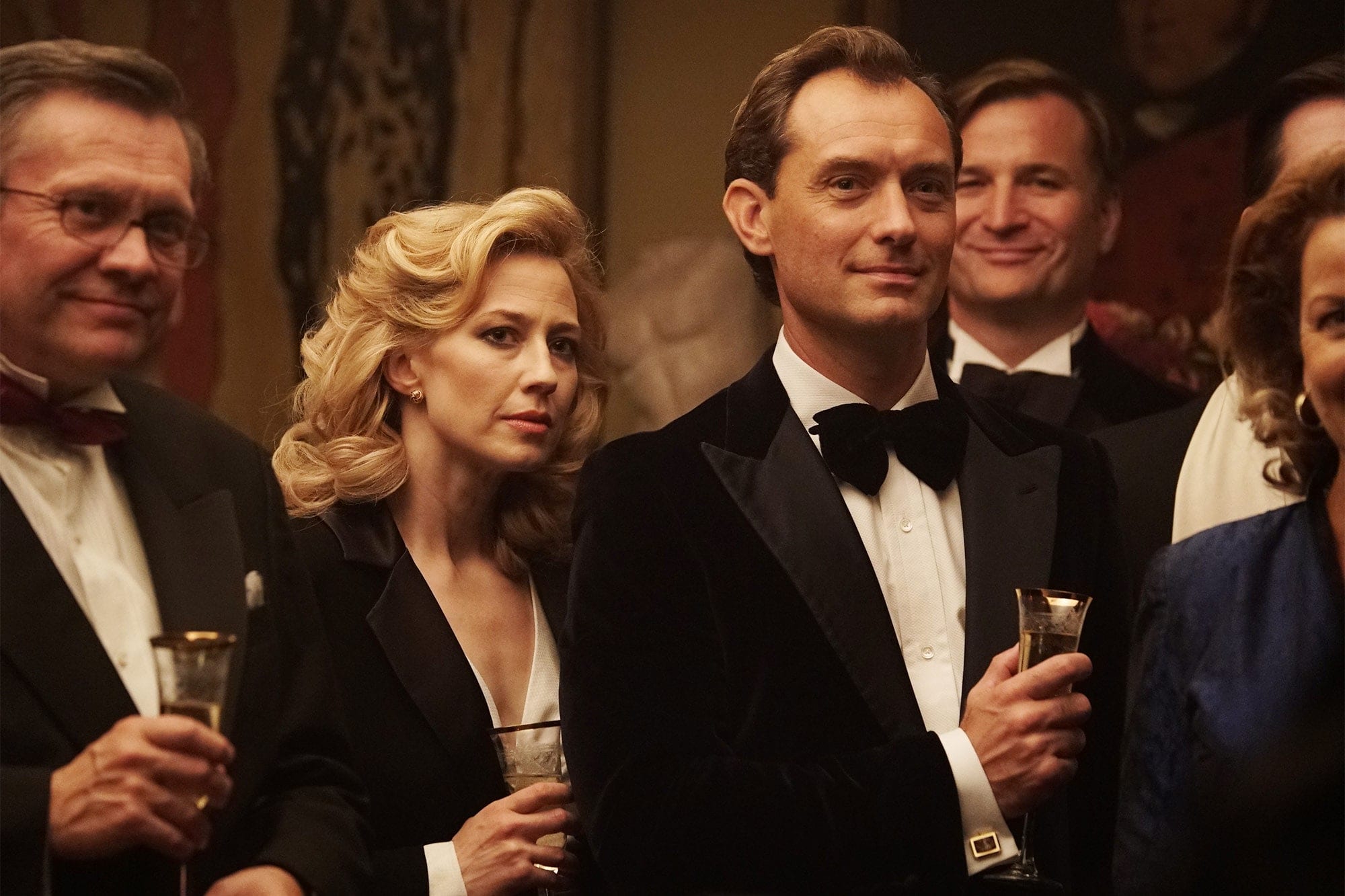 The Lead Characters Of The Nest

This story is set in the days of 1980s, and the complete story revolves around Englishman Rory O’Hara and his American wife, Allison. They both were living a really middle-class life in the USA along with their two children, Sam and Ben. Rory was a middle-class person and an entrepreneur with big dreams who wanted to achieve all the success in his life and wanted to live a very luxurious life, and as then, he was a small trader in the USA, and he decided that the opportunities are really less in the US and hence, he wanted to relocate to England.

He wanted to relocate to England with his entire family in search of better opportunities, and for this, he tried to convince his wife Allison, who was a horseback riding teacher then, and he said her that he plans to return to the firm of his former employer Arthur Davis as he will be able to make some good money. They all finally relocated to England in a very huge but old mansion, and he even convinces Allison to start her horse farm on the property, and he even put his children in very expensive private schools. As shown in the start the life was good.

Rory was taking Allison to the big business parties with his colleagues. They regularly used to go to high-class parties, and everything was going well until the truth came in front of Ellison. The family also had some adjustment problems there in the mansion as it was really far from their children’s school and was making it difficult for them to reach school daily. But several weeks later, the construction for the horse farm suddenly stopped, and Allison came to know that Rory has not paid even a single amount to the builders. 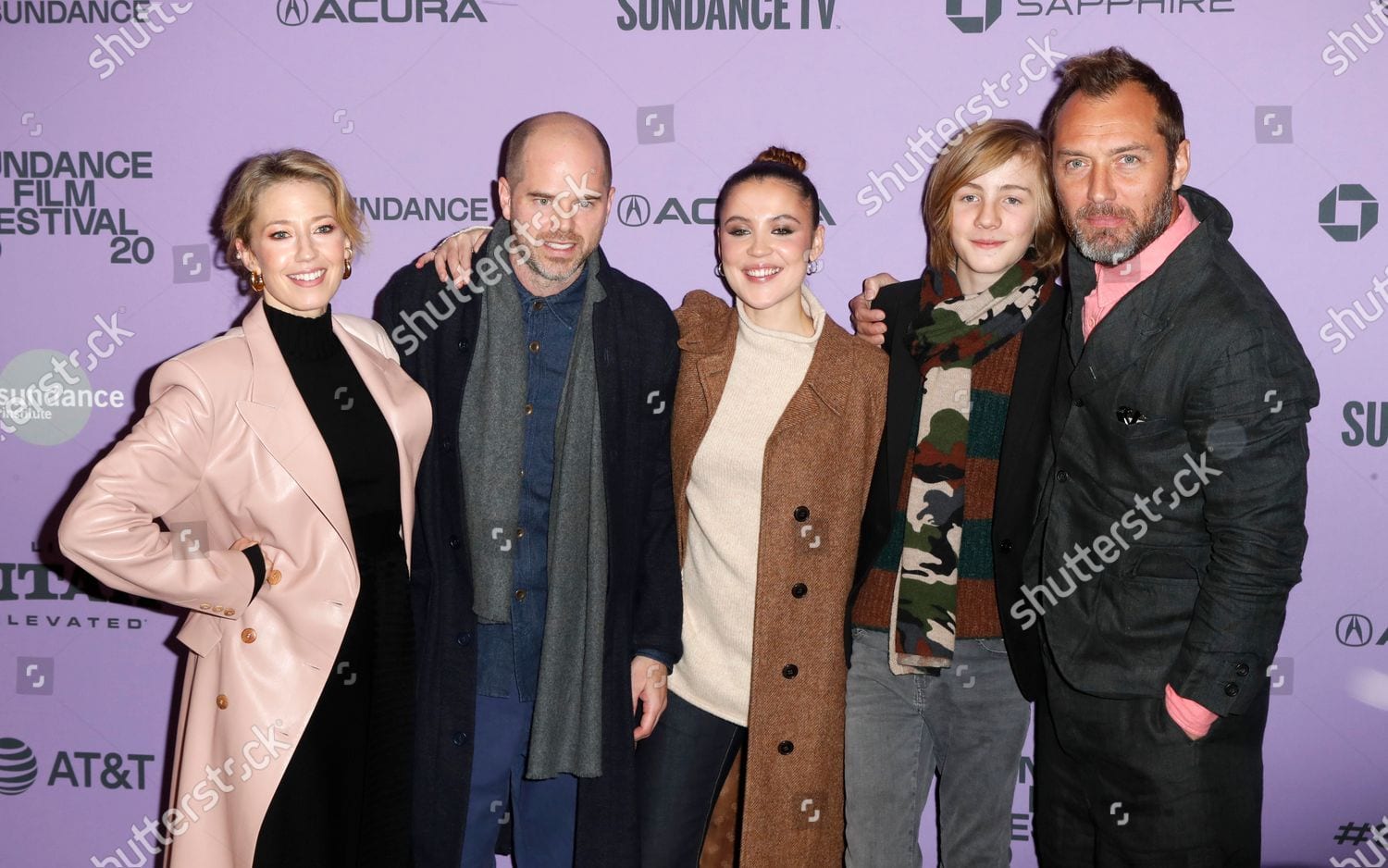 All The Lead Cast Of This Film

She checked out that his bank account is almost nil. Allison slowly started realizing all the truth, but Rory promised her that they would have money soon. Allison has to take out money from her hidden savings. Rory was trying to show and live a high-class life even after being completely broke, and this Allison slowly starts realizing. On the other hand, Rory advised Arthur to sell his company to an American company that is searching for a London office, and this will solve all their problems, but Arthur refused.

After the rejection from Arthur, Rory visits his mother for help, but she showed no interest and accused him of leaving her. He came back home and gets into a very intense argument with his wife Allison regarding the financial worries and his bad behavior of showing off. In order to provide some money at home, Allison starts working at the farmhouse of the neighbor. But again, Rory and his colleague Steve get a good deal for a Norwegian fish-farming corporation, and they arrange dinner with the clients.

Rory and Allison, along with Steve, went for dinner, but there Allison openly mocks Rory and leaves that restaurant, gets into her car completely drunk. Rory tried to control the situation by being sorry for Allison’s behavior, but things very already out of his hand, and the clients agree to the deal with Steve only and kicking out Rory from there. It was a big shock for Rory as it was his last way to clear out the financial crisis he was having and to give a great start to his career, but everything vanished in just a few minutes.

Till here, we hope everything was cleared out to all the viewers as, despite every minute being full of gestures and emotions and a lot of drama, the things were really clear, and everything was clearly portrayed by the creators. After this scenario, this film moved towards a puzzling end, and today we are going to clear all that here. 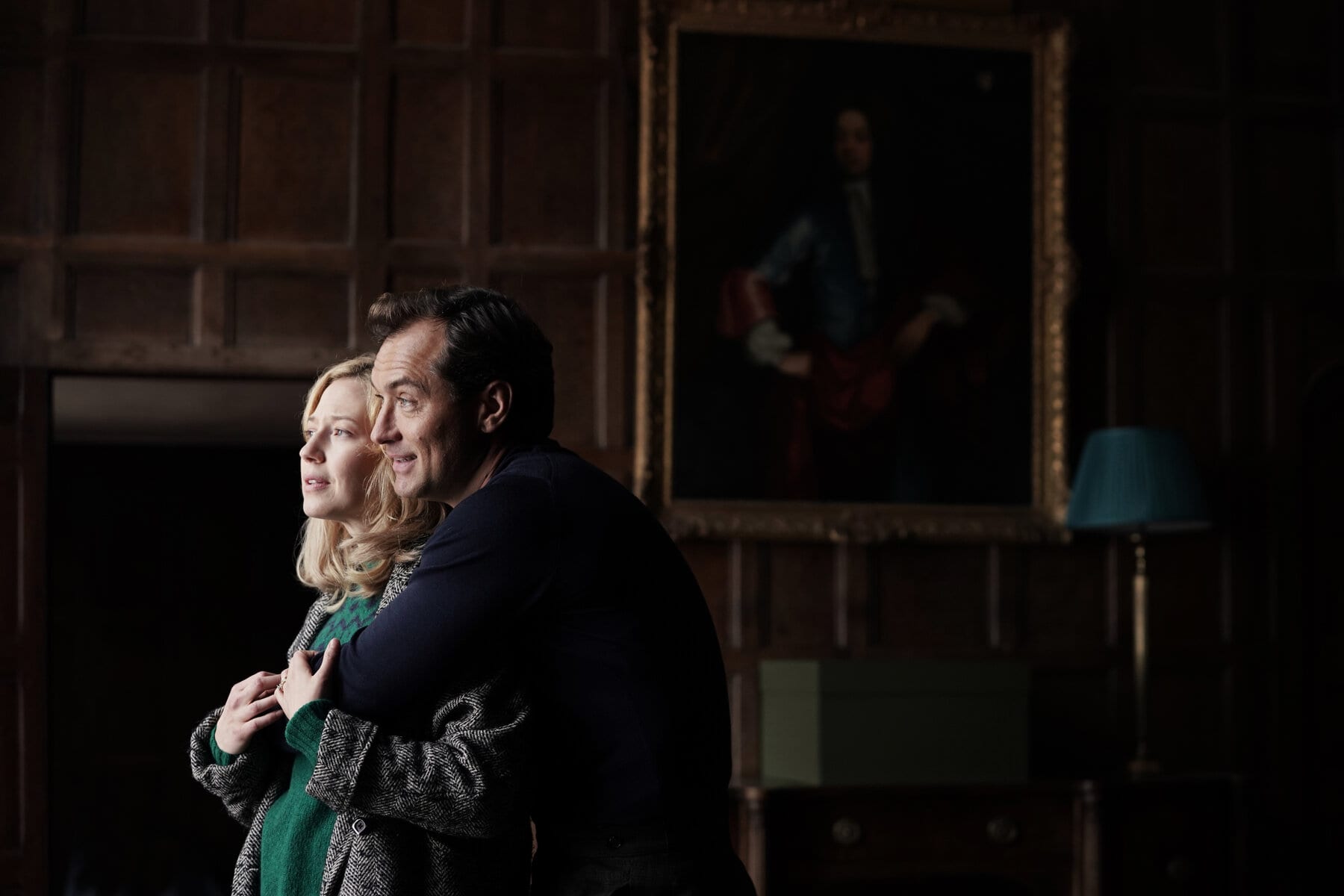 Rory And His Wife Allison

After facing all the backlash and insults from his clients because of the bad behavior of his wife, he also leaves from there and tries to take a taxi to go back to his mansion in Surrey. As he was in great pain, he confesses all the things in front of the taxi driver and saying that his job is to pretend to be rich; he again got something very rude, he was not at all expecting. As it was clear from his confessions that he was completely broke and a big liar, the taxi driver leaves him in the middle of the empty streets, claiming he will not be able to pay the taxi rent.

He was again all alone on the empty streets, and there was no one to help him. The next day in the early morning, when Allison got conscious and out of the drunken state, she fastly drives back home and finds out that the house was completely dirty because of the part that has occurred. When Allison saw the grave, she completely breaks down, and her children agree to make the breakfast. She was extremely sad and was confused about what will be their future now as they have nothing for them to survive.

Then only Rory reaches home after a long walk from the place where the taxi driver kicked him out, and he saw the complete family seated on the table. He again stated convincing Allison for relocation, but this time Allison stopped him and gave him a complete no. Then his child, Sam, hugs him crying and even prepares a seat for him for breakfast. There only the film ended, and it was clear from the end that the creators of this series might be planning for a sequel and hence only has given such a puzzling end to this movie. 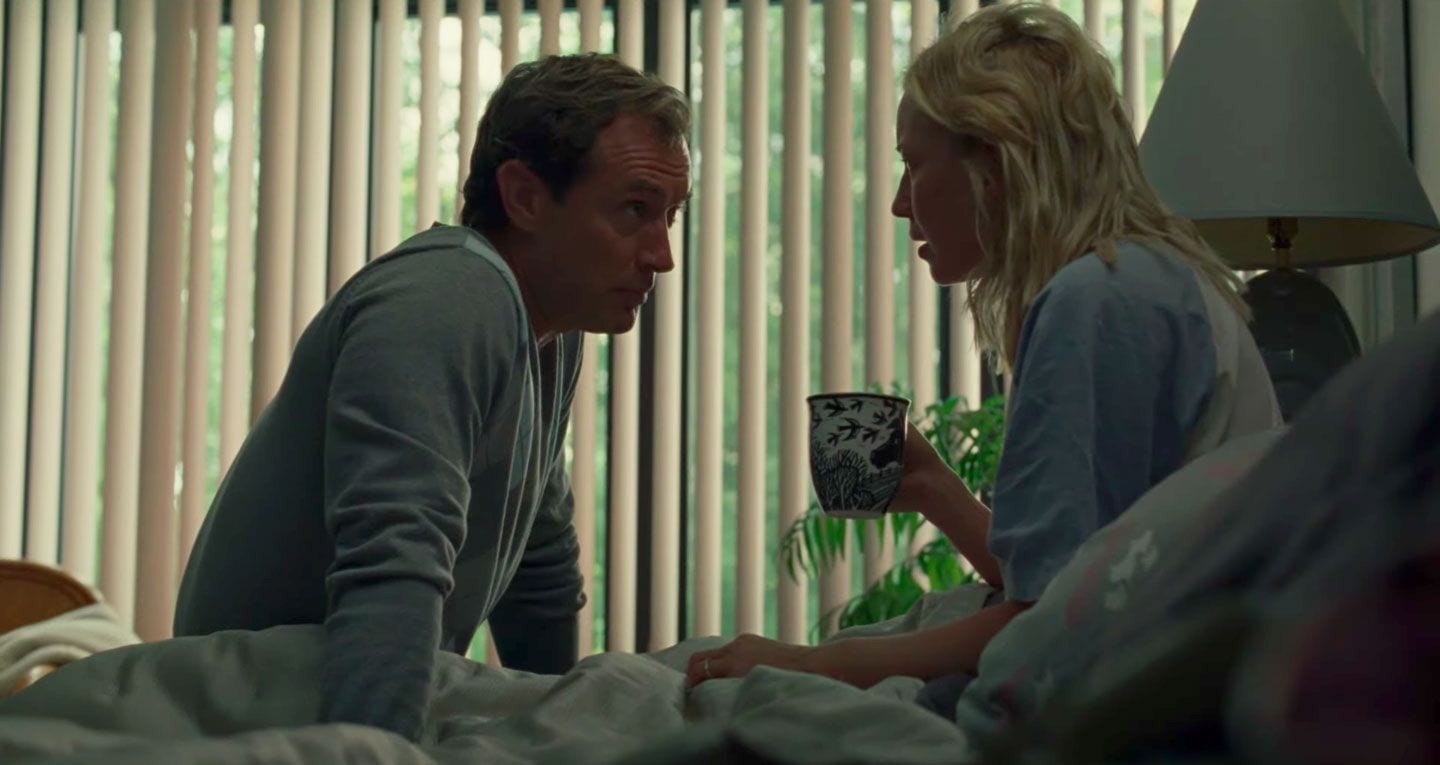 A Glimpse From The Film

This complete and sad ending shows that you should never live a life beyond your limits, and just showing off and living a luxurious life even after being broke can create a lot of difficulties and troubles for you. It was clearly shown that Rory was completely broke, and even after this, his desire to live a luxurious life took him to the streets where no one was supporting him and not even his own wife. You should spend according to your limits and should be more focusing on living a happy life instead of a luxurious one.

This was all about this masterpiece film, we have shared a complete explanation of the plot as well as of the puzzling ending of this film, and all those who are curious about this film might have got a clear picture about the uniqueness and the dark thriller story that is presented very darkly by the creators of this series. We will keep coming back with updates like these, so just stay tuned to our site if you do not want to miss all the major upcoming updates.