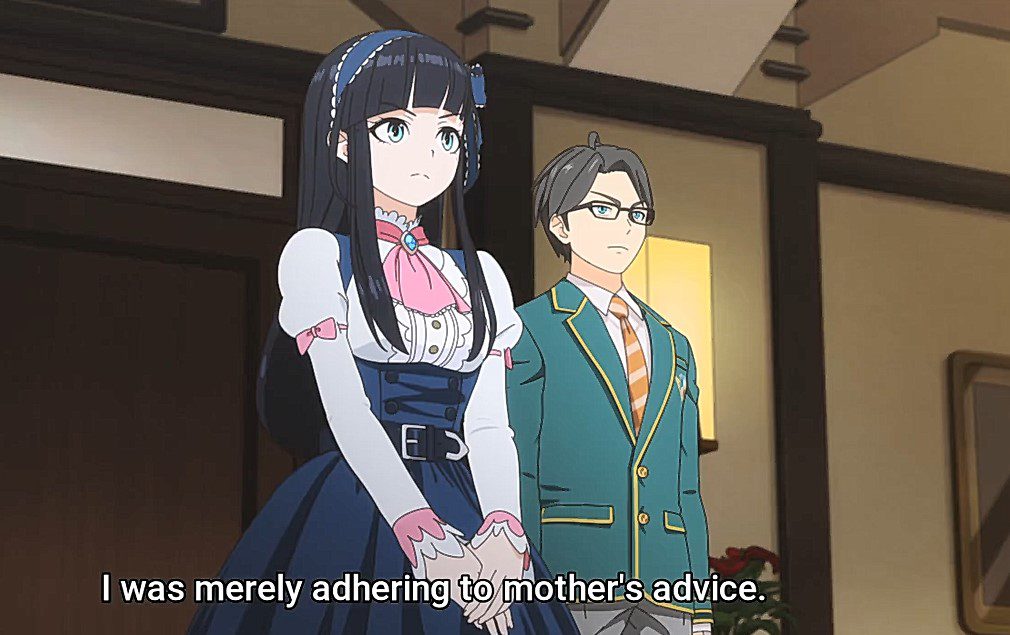 Shikizakura Episode 9 reveals the Oni incident that happened recently and Benio entering a forbidden area. The officers try to block her, but the captain tells them to let her go. He shows her humans that were murdered, and Benio believes that the monstrous enemy is back. Shikizakura reveals the Maiden Shrine helping the Yoroi to defeat the Onis. From Shikizakura’s latest episode, the captain admits that the cops cannot deal with the monster, but he gives Benio control of everything. He knows that Benio’s family has a weapon that can assassinate the monsters.

Benio vows that he will make the monsters pay. Ryo visited the place where he witnessed his parent dying at a young age. That day he found his mother holding his bleeding father, who was about to die. Ryo realizes that all the time when he sees red flowers, it reminds him of his parents. Before his father dies, he gives him an armband to protect him since that armband can summon a Yoroi suit that helps him when fighting with Onis. Ryo decided that he would take his father’s place and carry on the duty of the Hattori family.

Benio calls Ryo and reveals that Lady Oka is not picking up her cellphone. Oka, Kippei, and Kakeru are in the town and enjoy taking pictures. Oka thought she could use her cellphone but fins that the battery was low and the cellphone if off. They notice that red gems have been emerging from the ground, and Oka realizes what it looked like in Okazaki Park. She asks Kippei if he knows about it, and he says it is the sign of an alien invasion. Kippei reveals there that he knows.

Kakeru asks Ibara if he can feel the Onis around, and Ibara confirms that it is a rock and nothing else. Oka begins to feel dizzy, and they take her to the bench to rest. Ibara wants Kakeru that something weird is coming their way. Kakeru gets up to face the mysterious thing. But Benio arrives and hugs her sister. Takeru tells her what Oka was feeling and what Ibara told him. Benio reveals that Shinja is hunting Oka. Ryo arives, and Benio tells him to team up with Ukon and the White Team to protect Oka. But Ryo wants to go with them since Shinja is the one who killed his father.

Benio tells Ryo to remain since he cannot use a dull blade to kill Shinja. Kakeru asks Ryo, who tells him to come with him. Kippei returns and notices that Kakeru is leaving. They told Kippei that they will see him later since they have something to take care of. On the way, Ukon feels that Oka might have inhaled the smell of dangerous Oni, which is why she is feeling sleepy. Benio and the Black Team battle with the Onis at the hall and find that the gems attract the Onis.