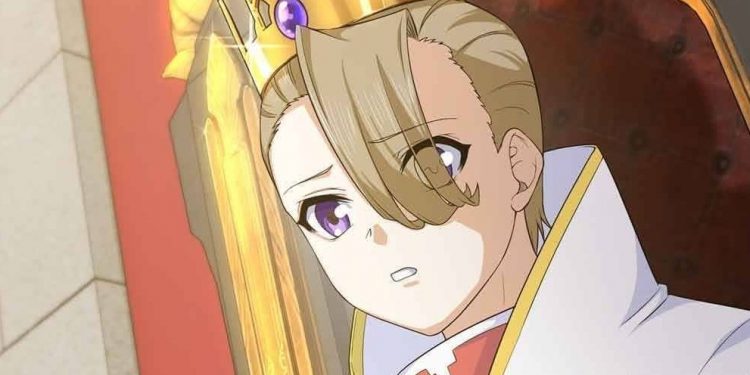 My Wife Is A Demon Queen Chapter 324 reveals the rivalry between the Demon Lord Army and Xiang Ye’s troops. Xiang Ye was arrested with his crew since they claimed that he instigated the students against the Demon Lord’s Army. After a few days, one of the higher-ups arrives and talks with Sophisas. But he decided to talk in private with one of the soldiers. He told the guy that he would be withdrawn from the Head of Dragon Regiment’s position if he failed to do his job. In My Wife Is A Demon-Queen’s latest chapter, Xiang Ye and the others wait to hear what is happening.

The higher-ups believe that their crimes will not be forgotten. Xiang Ye wonders why Sophisas lost his position. Sophisas tell Xiang Ye not to worry since other people are here competing. A knight guarding them wonders why he is beginning to feel sick and believes that the commander might be angry at him. Sophisas accept to step down from his position. The King tells everyone to leave, but the commander says he wants to talk with Xiang Ye since he has heard that Xiang Ye holds the economic lifeline of the whole Empire in his hands.

Xiang Ye reveals that it is a small business that concerns the prince. The commander thinks it is not accurate since a slave from Demon Tribe returned and made a massive success in a small period. Sophisas defense Xiang Ye reveals that Xiang Ye’s forging talent is on the top level and his intelligence, ability, and skill are exceptional. He thinks that there is nothing strange about Xiang Ye. The commander replies that he thought Xiang Ye’s talent was rare.

Previously on My Wife Is A Demon Queen Chapter 323

The commander thinks that he will not feel comfortable if he sees the blood of the Empire in the hands of foreigners. He thinks that Xiang Ye’s action has challenged the King’s rules. The guys listening to the trial think it is a criminal offense, and Xiang Ye and his team must be punished. Some believe that it is rebellion and disrespectful to the King. Xiang Ye knew that when Martin left the teaching job, it would cause him trouble. But he is ready for any challenge despite that there are guys who want to dethrone him.

The guys inside the room think that Xiang Ye must be captured. Xiang Ye wonders if the commander knows his identity or might be fighting for something else. The second guy looks at Xiang Ye and comments that he is dead while laughing at him. Xiang Ye tries to defend himself that he has been doing everything that any citizen has to do and never skipped to pay the tax to the Empire, but they might be exaggerating things and trying to cause chaos. The commander thinks that Xiang Ye must not talk since he might manipulate others.

He believes that the Demon Tribe is responsible for this chaos. Xiang Ye and Yi Bei notice that the commander knows nothing and is just misleading people. Xiang Ye reveals that if the prince has lost trust in him, he can step down from his position. The commander tells Xiang Ye not to change the topic, and he must be clear if he still wants to continue acting in front of the prince. He points at Yi Bei and calls her the former Demon Queen Isabella, asking her to show her true identity.

My Wife Is A Demon Queen Chapter 324 Release Date

My Wife Is A Demon Queen Chapter 324 will be released on 9 December 2021. Everyone in the room was surprised to find that Yi Bei is Isabella, the former Demon Queen. Sophisas wonders if the commander has proof of what he is saying. Xiang Ye wonders how the commander finds that Yie Bei is Isabella since most of them never knew about that. The generals reveal that they would have sensed it if Yi Bei were Isabella from Demon Tribe. Let’s look at My Wife Is A Demon Queen Chapter 324 official details.

You will be able to read My Wife Is A Demon Queen Chapter 324 online on various websites. The cat admits that he felt the trace of the Demon Spirit within Yi Bei’s body. But he thought he imagined things. The guy on top of the cat shooshes him to be quiet. Aisha believes that Yi Bei is not a Demon since they have traveled with her. Let’s meet when My Wife Is A Demon Queen Chapter 324 is released.

Will L Die in Death Note? Who Killed Him?