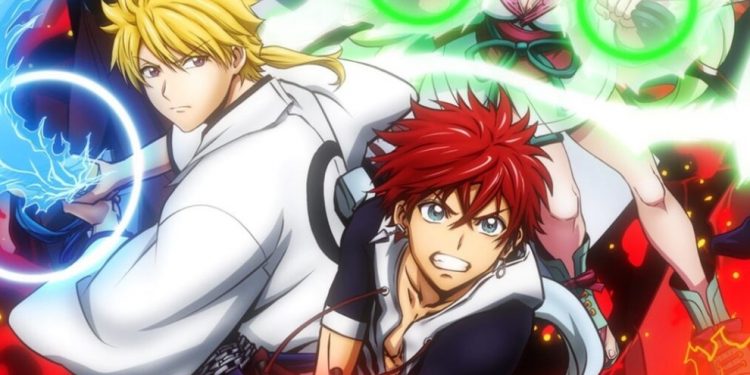 ORIENT Episode 2 reveals the mystery behind Hinomoto that was once humankind’s land. Kishin appears and takes over the land and ends humankind’s reign. The state generals fall after another, and they struggle to live under the dominance of the Kishin. ORIENT reveals the Kishin ruling over the human lands. In the recent episode of ORIENT, humankind fights with Kishini, and a few people are against the demonic Oni. Those guys who are against demonic Oni call themselves a band of Bushi. Humans perform a ritual in the year 151 of the Oni Proteorate at Tatsuyama.

The humans pray to their gods and ask them to protect their people and lands. Some praise the mighty Kishin since they were afraid to get punished. The parents advise their kids to thank mighty Kishin when they eat or go out. The red-haired boy accepted that and told his mother that he would become a miner and get lots of rocks for the Oni masters when he grew up. After a few years, that red-haired boy grew up and understood everything in his town. He wonders if the world is crazy. At Musashi and Kyojiro’s side, the students continue to dig rocks.

Musashi wonders who will believe him since everyone in the town badmouths the Bushi. Only the elders and a few other peoples know the history and what the Bushi has done to the world. Musashi recalls the day of his training where a blond trains him to wield a sword. That blond boy always gave him trouble, but their battles ended in ties. He knows that the boy is on par with him. Musashi enjoyed training with the girls, and they both admitted that the sword fight was awesome. Their master, with one leg and the other one was made out of stick join the training.

The master told the two about the Oni, and he was one of the members of the Bushi. He told them what happened when a bunch of Oni took over Hinomoto. The Bushi fought, believing that they would defeat the Oni one day and bring freedom in Hinomoto. Musashi believed that the Bushi would win the war. He calls the blond boy Kyojiri and will become the Bushi and win the war; Kyojiro and Musashi promised that they would create the strongest Bushi band ever. Musashi realizes that he will never forget that, and the teacher reminds them about the ceremony.

ORIENT Episode 2 will be released on 12 January 2022. The teacher told the students to remember her lessons, and they must continue to serve the Oni masters. The students wonder how the Oni Masters are like. Musashi decided to tell the truth about the Bushi and Oni. He met with Kyojiro and reminded him to form a Bushi band about leaving the town. They battled with the Oni in the mountains.